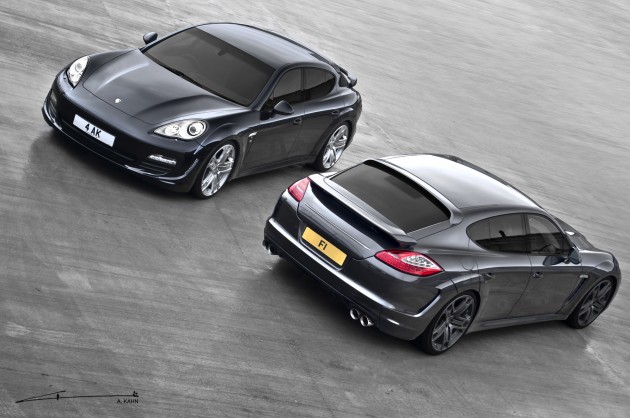 The original design of the Porsche Panamera has been criticised in the the past, with cynics saying it looks a bit swollen around the back end. The Kahn Porsche Panamera Wide Track might fix such issues.

Including new front and rear bumper bars and side skirts, the Wide Track kit also comes with heavily bolstered front and rear guards. At the front it gets an aggressive stance with pumped wheel arches, while the rear features panel extensions with heat-extraction vents. All give off the impression of a wider, more muscular stance.

Mechanically, the kit features a new exhaust system with ‘cross-hair’ tips, red brake calipers, and lowered sports suspension, while the inside is made over with red and black leather seats and a Kahn instrument cluster.

Kahn says the interior can be completely customised to suit any customer requests for ultra exclusivity.