Mitsubishi has announced a model update for its hottest Lancer; the MY2013 Mitsubishi Lancer Evolution X. The new model gets a significant price cut and added features across the range. 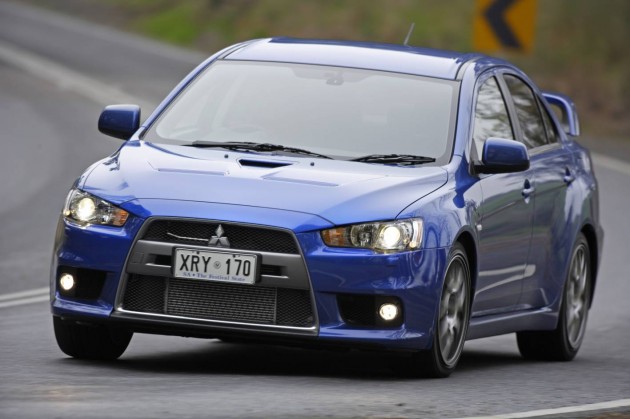 Likely to be the last iteration before the next-gen Lancer Evolution XI comes out – expected in a couple of years – the MY2013 comes with lots of added value. For starters, the base model with the five-speed manual transmission starts at just $56,990. This is $5400 cheaper than the outgoing 2012 model.

Stepping up to the dual-clutch TC-SST (Twin-Clutch Sports Shift Transmission) auto option, prices start at $61,990, also a $5400 saving, while the top-spec Evolution X MR is available from $65,990. The MR price is substantially less than the outgoing 2012, providing savings of $8900.

Apart from the price difference, what else comes with the new model? Well, the same 2.0-litre turbocharged four-cylinder engine sits under the bonnet sending power to the Evolution’s renowned all-wheel drive system. The engine produces 217kW of power and 366Nm of torque.

Inside, the MY13 Evolution X comes with a new multifunction interface incorporating a 6.1-inch LCD screen. It provides displays for the standard reverse-parking camera, and iPod-supported audio system. The MR comes with satellite navigation on a seven-inch screen.

The other major change for the update is the introduction of the Performance Pack option for the five-speed manual version. It brings Brembo front brakes, Bilstein dampers and Eibach springs front and back, and lightweight 18-inch forged alloy wheels.