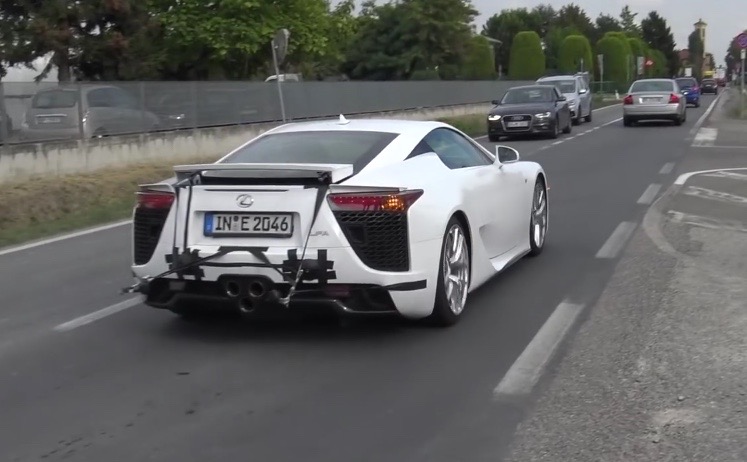 Lamborghini has been spotted test driving a Lexus LFA in Italy. Yep, you read correctly. It has certainly stirred up some curiosity among industry followers. 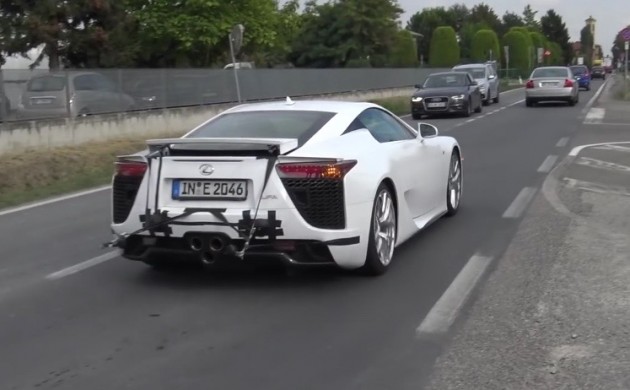 The Lexus LFA was seen leaving and entering Lamborghini’s headquarters in Bologna, in northern Italy, recently, with some extensive equipment strapped to the rear end.

It’s believed the equipment on the back is a set of serious microphones, taking in all of the beautiful sounds of the 4.6-litre naturally aspirated V10 featured in the LFA. Lexus had acoustics expert Yamaha fine-tune the specific soundtrack of the LFA during its initial development.

Interestingly, the LFA in question features distinctive number plates which are known to belong to Volkswagen. This likely means the LFA actually belongs to Lamborghini/Volkswagen.

Why would Lamborghini be testing the sound of the LFA? That’s the question on everyone’s mind at the moment. The brand might be trying to fully understand how the Lexus makes such an iconic howling sountrack.

Considering the next-generation supercars are likely to adopt hybrid technologies, like some already are, Lamborghini might be studying different sounds to ensure its next cars continue making traditional sound, regardless of electric assistance. What do you think?