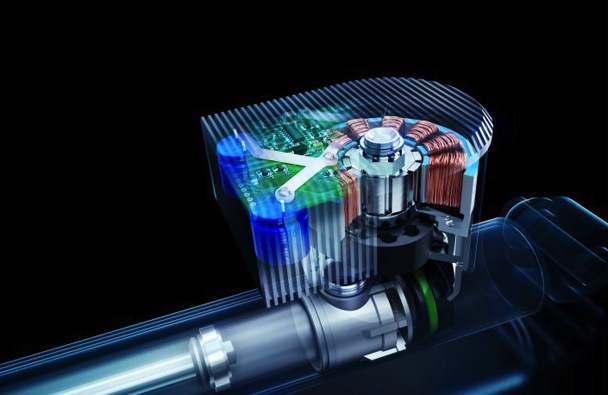 Each time you drive your car the suspension, mainly the dampers and springs, oscillate hundreds of times in even just a short trip. The two companies are looking into ways of harnesses these movements and generating power from them.

Not only will the suspension be capable of harnessing and converting suspension movements into electricity, the setup will also be active. Active in the sense the damper rate will be continuously adjusted, on the go, either automatically or by a user setting.

The companies have even gone as far as developing a model of the system which uses a damper piston setup, like a regular shock absorber, with a special valve and an electro-hydraulic gear pump to alter the flow of oil within the unit. It also features its own mini generator which provides the change which can then be passed on to the vehicle’s battery system.

Although it sounds complicating, ZF is hoping to see the innovative technology implemented in future production cars. Rolf Heinz Ruger, boss of suspension technology at ZF’s Car Chassis Technology division, spoke about the engineering breakthrough in a recent statement, saying,

“We look forward to working closely together with Levant Power. The objective is to develop the world’s first fully active and regenerative suspension, make it ready for volume production and introduce it to the market. Thus, we are promoting efficient innovations that are tailored to meet global requirements.”

The companies are looking at ways of keeping costs down to ensure affordability, and to maximise the chances of volume production.