D3 Cadillac and Toyo Tyres are preparing a special 2012 Cadillac CTS-V Coupe Le Monstre for the 2011 SEMA Show next week, with an engine boasting 746kW (1001hp). 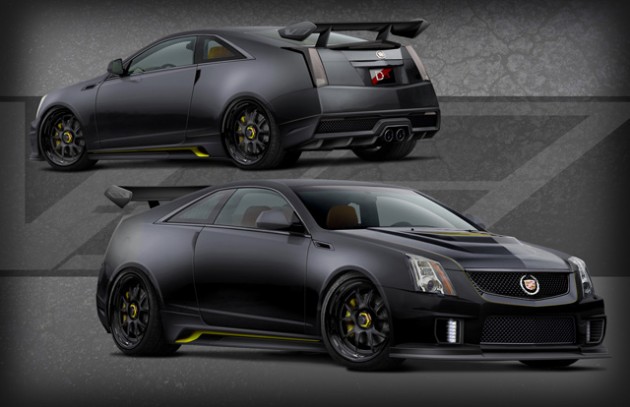 Just looking at the preview image, the Cadillac CTS-V Coupe Le Monstre certainly gives off the impression it’s packing 1001hp, with its matt black paint. The rest of the body consists of a D3 Cadillac wide-body bodykit with front and rear bumper bars and spoilers, as well as green/yellow highlights.

As for the engine, the only detail that has been revealed so far is that it will be a stroker version of the standard 6.2-litre supercharged V8, taking capacity to 7.0 litres. Other components on the engine are expected to feature D3 Cadillac revisions as well.

In factory form the engine produces 415kW of power and 747Nm of torque, enough to enable the CTS-V Coupe to smash 0-100km/h in around 3.9 seconds. We can only imagine what this stroker version will do.