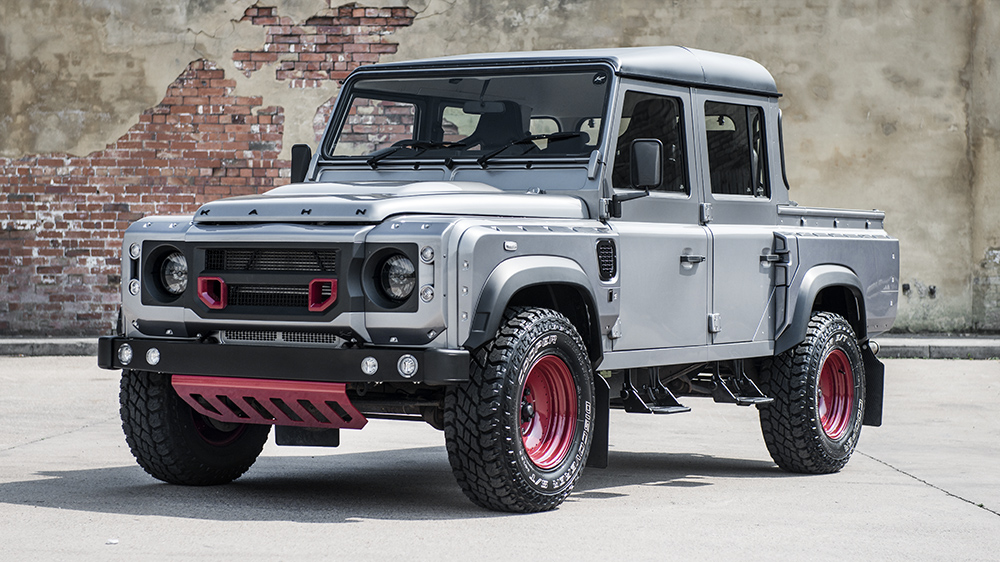 The Land Rover Defender might be around in its current form for another few years yet, but it’s good to know tuning firms like Kahn are coming up with kits to keep the robust off-roader fresh. 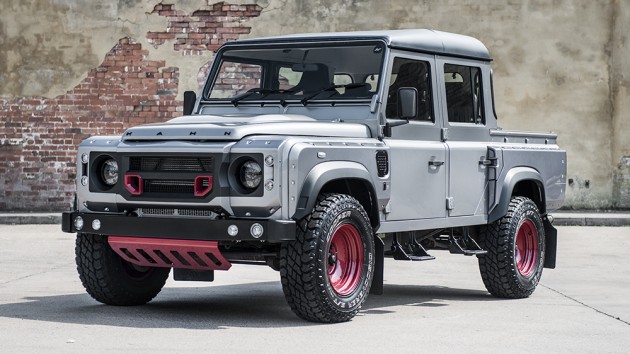 Aside from the big wheels and tyres, there’s also a number of exterior enhancements to match the theme. At the front there’s a fresh bumper bar with integrated daytime running lights, shadow chrome headlights, and an X-Lander front grille and sump guard with exposed bolts.

The body is then painted in Corris Grey with a stainless steel bonnet, side vents, side steps, and wheel arches for the tough go-anywhere look. A cross-hair exhaust system completes the exterior upgrades.

It’s not all about looking imposing on the outside. Inside, the front seats are replaced with sports GTB seats that are trimmed in soft leather and Alcantara. These give the cabin a distinct aftermarket look, and they are sure to be super-comfy and body-holding when the going gets rough.

Prices haven’t been mentioned but Kahn is offering this complete package demo in the UK for £29,875.