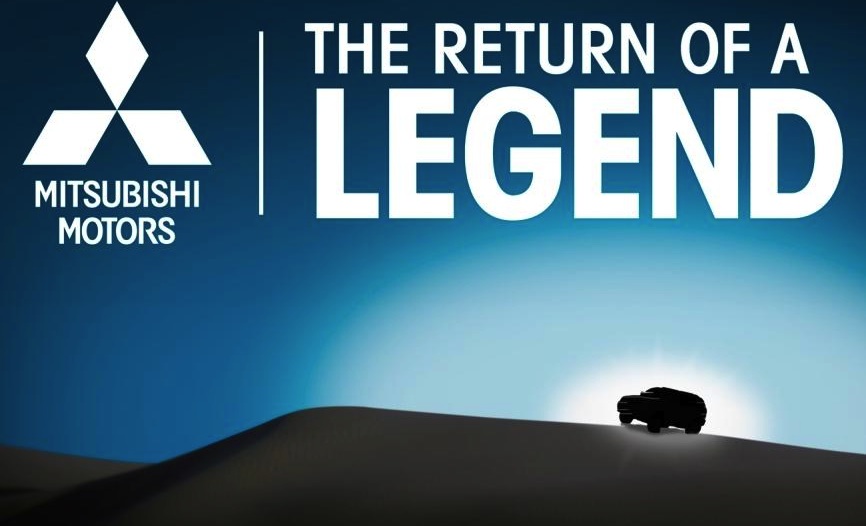 Mitsubishi is planning to unveil the new “legend’ at the upcoming Chicago Auto Show. Could this be the new Pajero? (Known overseas as the Montero.) 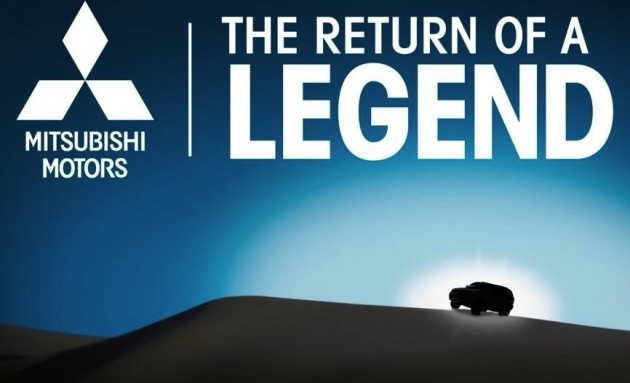 So far the Japanese company has not revealed any specifics, only this silhouette teaser, which shows a large SUV roaming around on some sand dunes. Industry experts suggest the company is merely planning a US debut of the GC-PHEV concept, which was originally unveiled at the 2013 Tokyo Motor Show.

Other speculations however, point to a new Pajero concept. Mitsubishi has a habit of keeping its models in the showroom for long periods in between generation changes. For the Pajero, the current, fourth-gen shape has been on sale since 2006. The third-gen was sold from 1999-2006, which means a new model is well overdue.

Whether the new model will debut at Chicago or not is unclear, but we do know it is set to appear on the market by 2017. It’s likely to come with a V6 hybrid powertrain, at least as an option, as well as a new eight-speed auto replacing the ageing five-speed in the current version.

There is also some chance that a new Challenger could be on the way, known as the Shogun in overseas markets. The current, second-gen has been on sale since 2008, with the first-gen selling from 1996-2008. We’ll have to wait and see though. The big event starts on February 12. Stay tuned for plenty of updates. 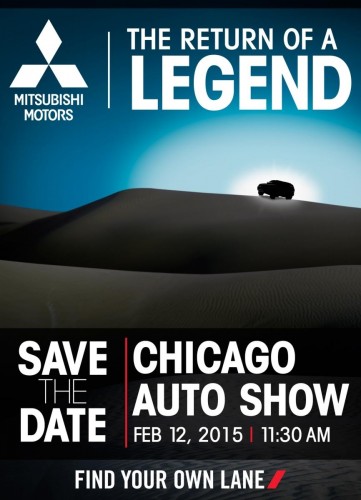