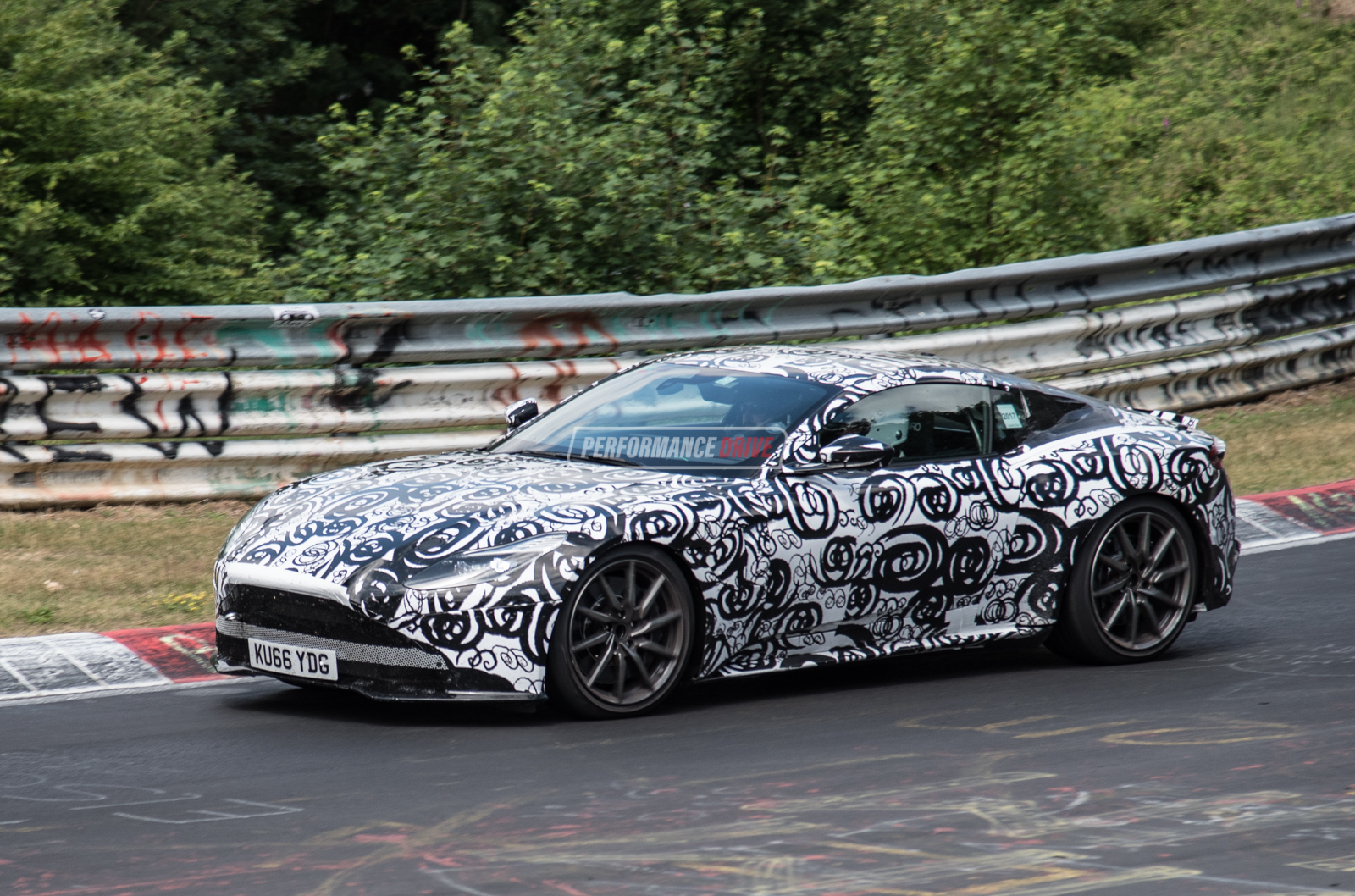 The new, 2018 Aston Martin Vantage has been spotted out on the Nurburgring, and pushing pretty hard by the looks of it. 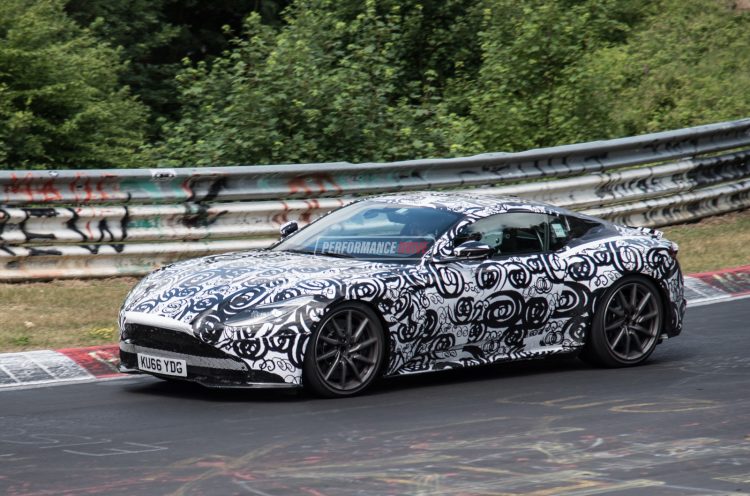 On first impressions, we thought this was the new V8 version of the DB11. However, upon closer inspection this prototype uses unique front guards that don’t showcase the unique cutaways that the DB11 uses.

Patent images purportedly showing the next Vantage surfaced last week showing some of the finer details, including a lip spoiler at the back like on this prototype, and a more central vent for the front guards compared with the long slit that sits along the top edge on the DB11.

Other unique details include the front lip spoiler, which, on this new Vantage, rises up in the middle compared with the DB11 which is straight for the entire width. Meanwhile there are no evident bonnet vents like on the DB11. 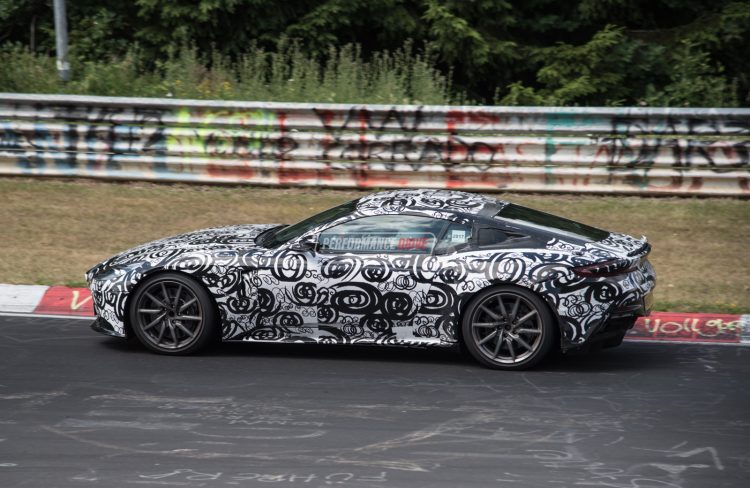 Most of the other details on this prototype, which we spotted at the ‘Ring just over a week ago, do appear quite similar to the DB11. The wrap-around taillights and elongated headlights, and the lower side sill cutaways look virtually identical. It’s possible Aston is using some of the DB11’s body simply for testing purposes only.

As for the tech details, it’s understood the next Vantage will be powered by a twin-turbo V8 engine sourced from Mercedes-AMG. Most speculation suggests it will be the same 4.0-litre unit as seen in the DB11 V8.

In the DB11 the unit produces 375kW and 675Nm. This is set to be matched to an eight-speed automatic transmission with rear-wheel drive. A manual option is also expected to be on offer, while a V12 version could potentially be introduced further down the track. 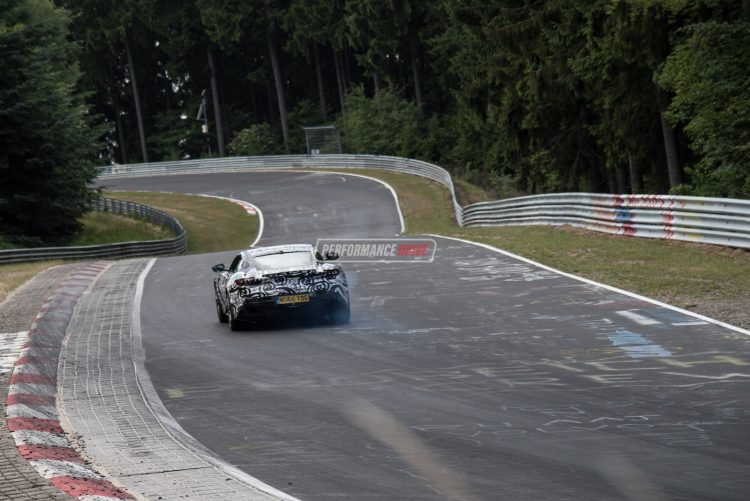 We only saw this prototype complete around five laps on the day, and on each lap it looked like the driver was pushing pretty hard. Interestingly, the prototype let away some inside wheel wheelspin, suggesting it might not have been equipped with a limited-slip different (at least in prototype form). There’s also the chance the new model will come with an electronic brake-type limited-slip diff which the engineer may have deactivated for testing purposes.

Check out our (very) brief spy video below to see how it goes and sounds. We didn’t get a chance to capture any more footage unfortunately, but we did take a bunch of photos for you. Aston Martin has confirmed the new model will debut some time this year.