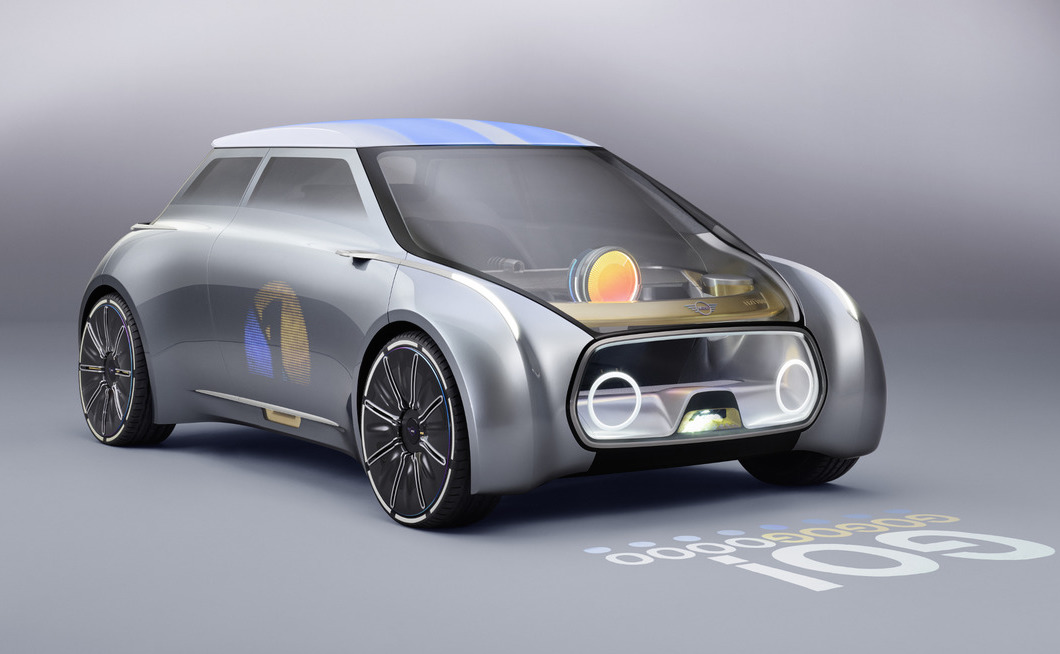 As part of BMW’s centennial celebrations, BMW as well as the two British marques it owns, Rolls-Royce and MINI, have rolled out their ‘VISION NEXT 100’ concepts, which cast their respective identities far into the future. 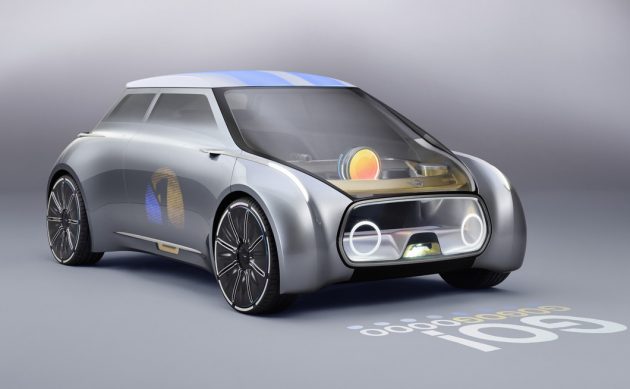 MINI’s effort, unlike the other two, has a fixed steering wheel (the BMW one disappears while the Rolls-Royce doesn’t have one at all). The MINI Next 100 has been created with an emphasis on “an ever more digitalised and interconnected world”.

In this sense, the interior is minimalistic and open space. You could even think Alec Issigonis, who designed the original Mini with maximum internal volume with minimal external, would be proud. The most distinctive feature is an opaque central instrument cluster, which is entirely customisable for colours and display, according to driver preferences.

Speaking of which, the exterior cleverly maintains the MINI’s signature shape, with a sleek, aerodynamic windscreen which actually makes it a monovolume hatch. Despite appearances, it is a four-door, with sliding front and rear doors activated by foot movements. 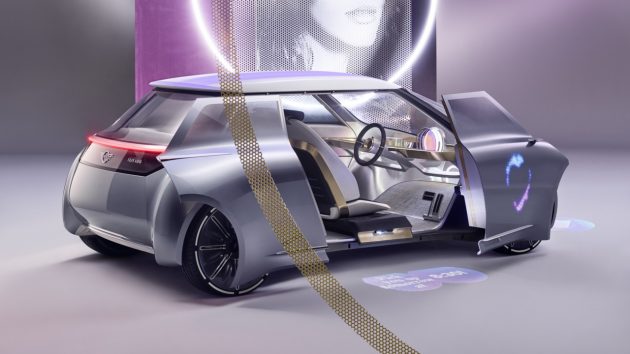 The MINI VISION Next 100 concept has an emphasis on ride-sharing rather than outright ownership, with the philosophy; “Every MINI is my MINI”. As such it can be summoned to automatically pick up any driver and load all their environmental preferences.

For autonomous driving, the steering wheel and pedals can slide towards the middle to give the driver more legroom to kick back.