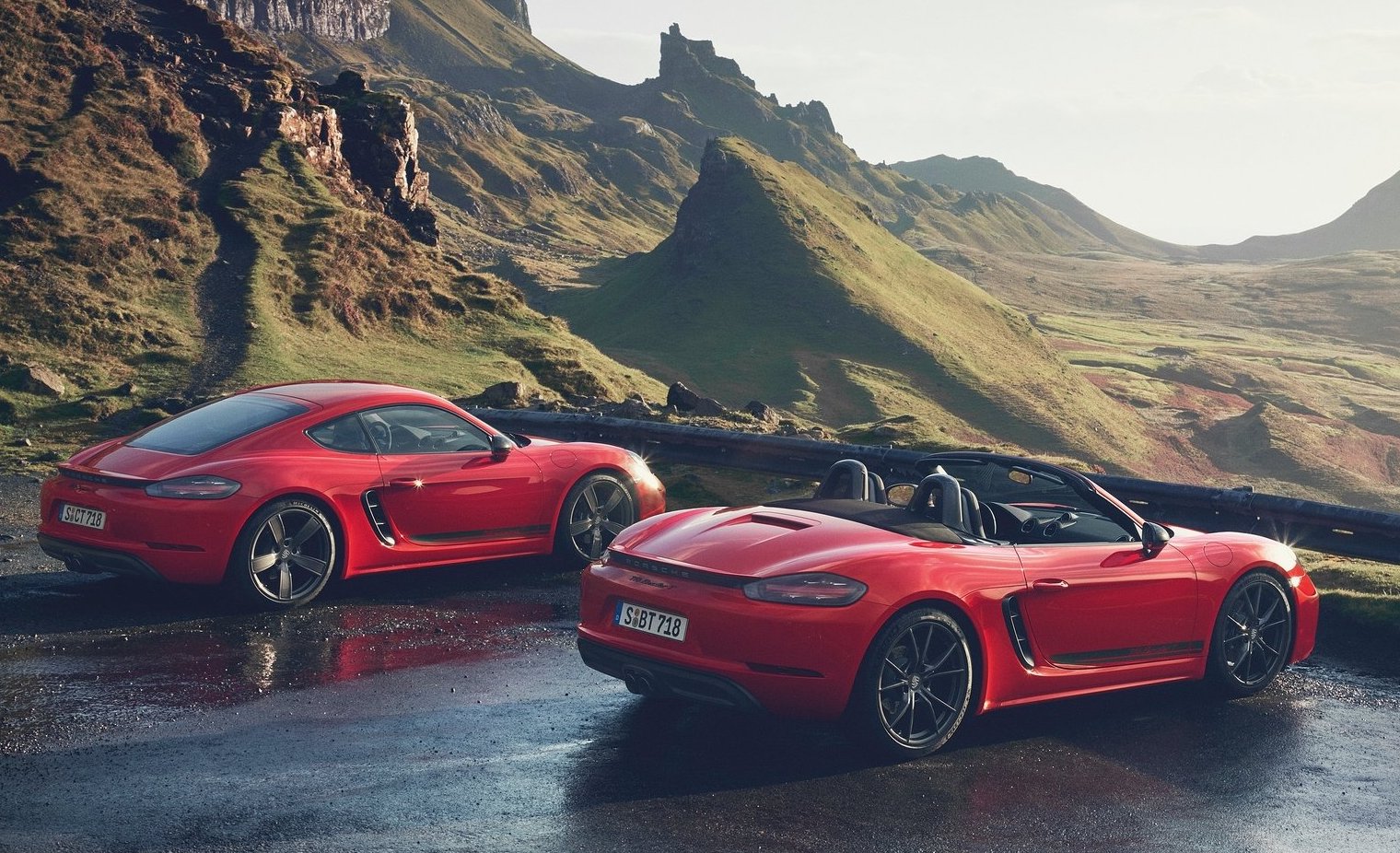 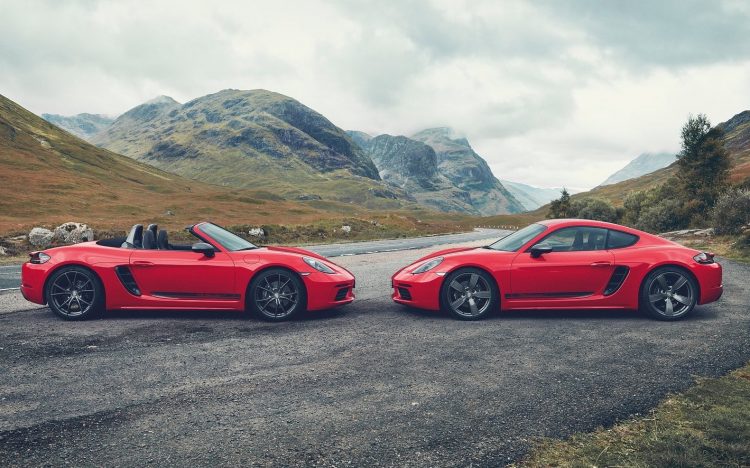 So, firstly. What engine were we hearing the other day? Despite sounding like a screaming six-cylinder, it’s a 2.0-litre turbo flat-four unit that produces 220kW and 380Nm. Porsche seems to have rectified the sound issue with the 718 with this new 2.0L unit, if the spy video is anything to go by.

Buyers are being presented with either a six-speed manual or a seven-speed dual-clutch PDK auto. The 718 T also comes with a locking differential and Porsche Torque Vectoring, while the Sport Chrono package comes as standard.

Across the 0-100km/h sprint the clock stops in a claimed 4.7 seconds with the PDK auto or 5.1 in the manual. A rewarding driving experience is ensured via its lightweight character, with an unladen mass of 1350kg for the manual, and 1380kg for the auto. 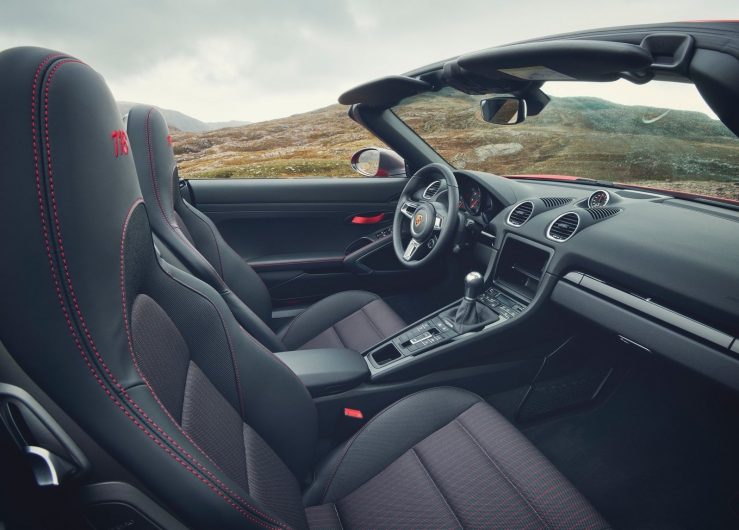 The sports chassis is lowered by 20mm over the regular 718, and the gear shifter is shortened, while the driver uses a 360mm GT sports steering wheel. On this is Porsche’s latest drive mode switch, offering Normal, Sport, and Sport Plus modes.

For the exterior Porsche has applied a set of 20-inch titanium grey alloy wheels, with Agate grey side mirrors and badges, black centrally-mounted exhaust outlets, and a discreet aero kit. Speaking about the character of the new variant, Porsche said:

“Traditionally, T stands for Touring in Porsche models, and is synonymous with driving pleasure in its purest form. The 718 T will be most at home on winding country roads, offering the joy of dynamic driving as its ultimate goal. The two-seater accommodates this philosophy through a pared down range of features.” 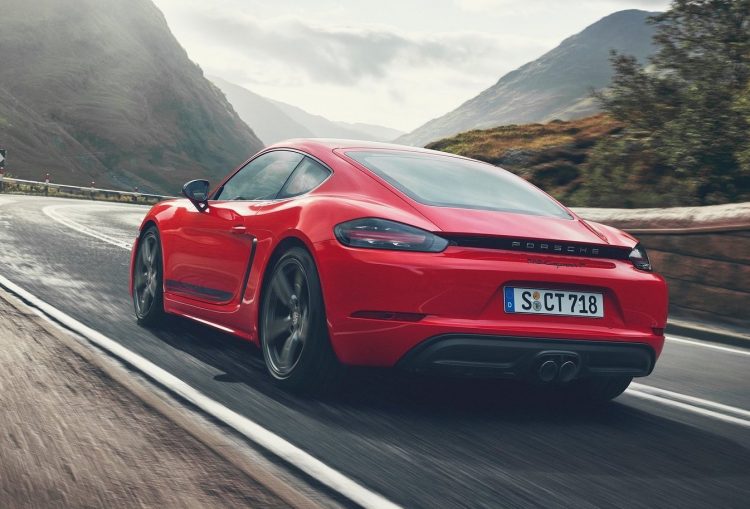 The new model is on sale now in Europe, with prices starting from 63,047 euros for the Cayman T, and from 65,070 euros for the Boxster T. Australian details are expected soon. We’ll keep this story updated.