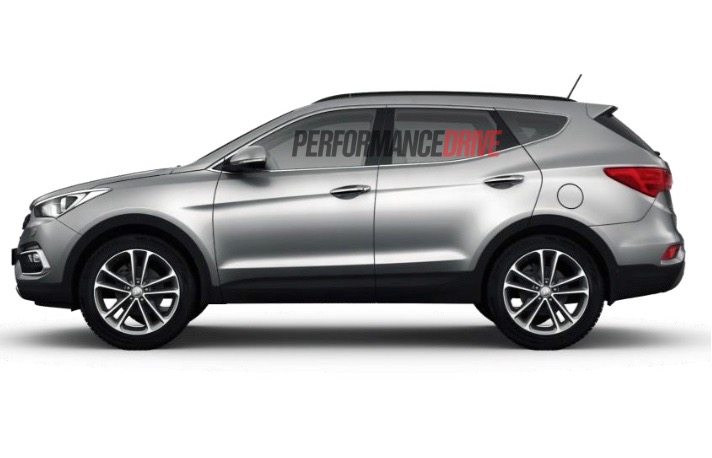 Hyundai Australia will launch the 2015-2016 Hyundai Santa Fe Series II very soon, bringing a range of updates to the exterior and interior, increased safety, and even more standard equipment. 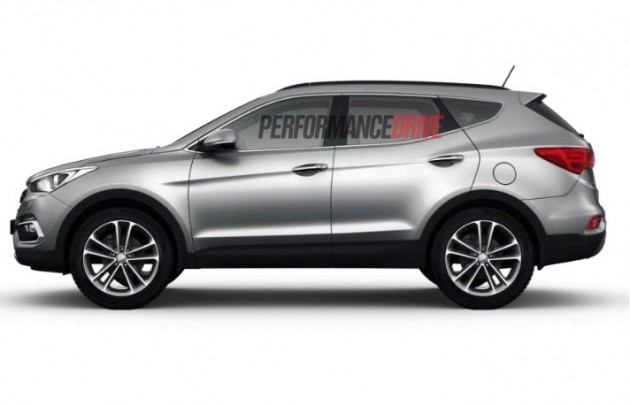 Three key variants grades will continue to be offered, plus the sporty SR model later down the track. These continue to be split up by two powertrain options, including a 2.4-litre petrol producing 138kW and 241Nm, and a 2.2-litre turbo-diesel developing 147kW and 440Nm. 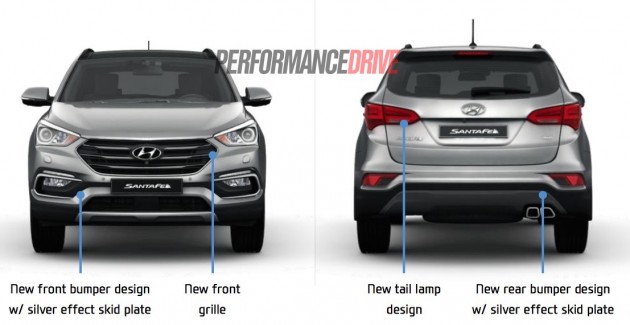 All models receive a light design facelift, with a new front grille, front bumper design, new headlights and LED daytime running lights lower down, as well as a set of dual trapezoidal exhaust tips. The rear bumper bar has also been revised and features a silver-effect skid plate.

Inside, the Active gets “woodgrain-effect” trimmings, while the Elite and Highlander get matt carbon-effect inserts. There’s also a new instrument cluster as mentioned, and audio head units. See below for the starting prices (excluding on-road costs):