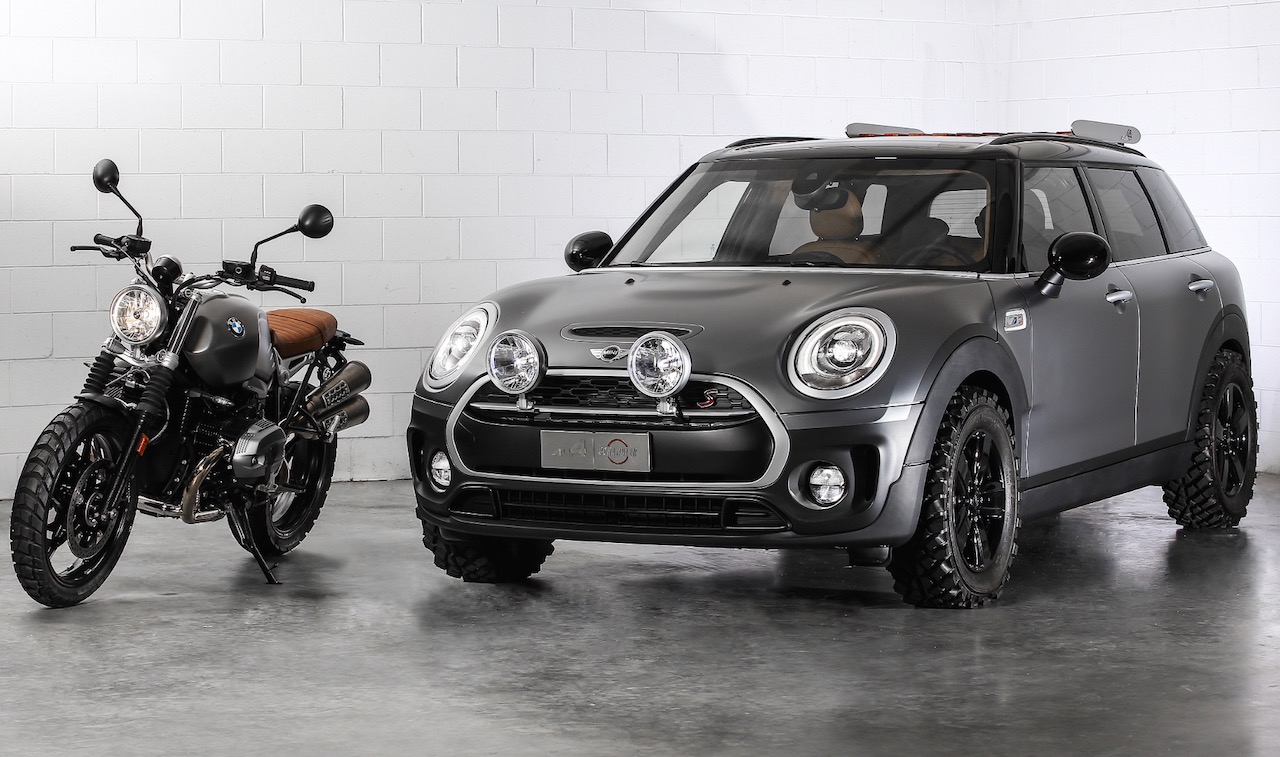 MINI has unveiled a new concept car called the ALL4 Scrambler, inspired by the BMW R nineT Scrambler motorbike. 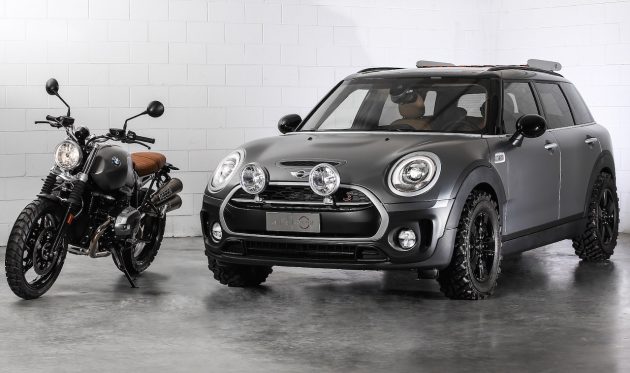 As you can see, the ALL4 comes with chunky off-road tyres fitted on unique five-speed alloy wheels painted in black. These wheels and tyres certainly boost the MINI’s adventurous personality.

Sticking to the darkened theme, the MINI Scrambler gets a Midnight Frozen grey exterior paired with various matte silver highlights. The grille surround, headlight surrounds, roof rack, and window trimmings are all in silver.

Glancing over at the motorbike, it’s easy to see the resemblance. MINI has also raised the suspension for a more rugged look and to give it enhanced off-road preparation.

Like the exterior, the interior of the ALL4 Scrambler is decked out to match the motorbike, with Nappa leather and Alcantara used to colour coordinated with the nineT, with special Scrambler logos on the seats. 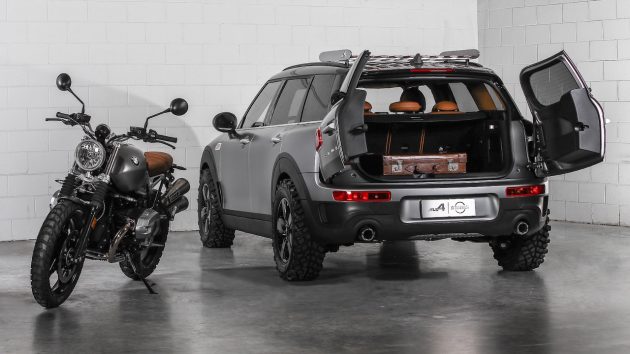 The MINI Clubman S ALL4 is powered by a 2.0-litre turbo four-cylinder engine producing 141kW and 280Nm, capable of seeing 0-100km/h in 6.9 seconds when fitted with the auto transmission.

At this stage there are no plans to put the concept into production, although, we have seen some odd things in MINI’s showroom in recent years so who knows.