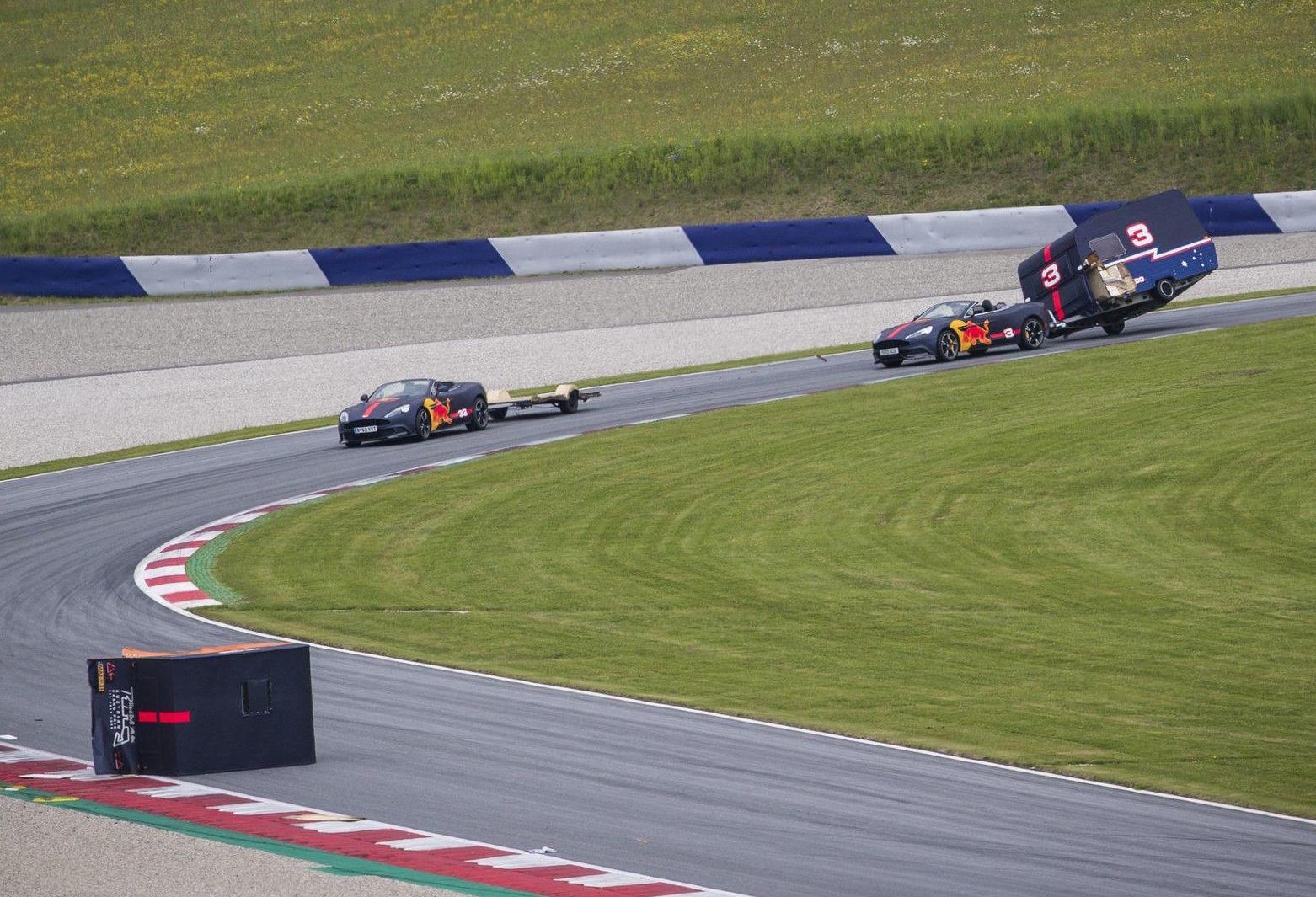 Red Bull Racing along with its new F1 partner Aston Martin have put together a rather hilarious video, with F1 drivers Ricciardo and Verstappen racing a pair of Vanquish Volantes while towing caravans. 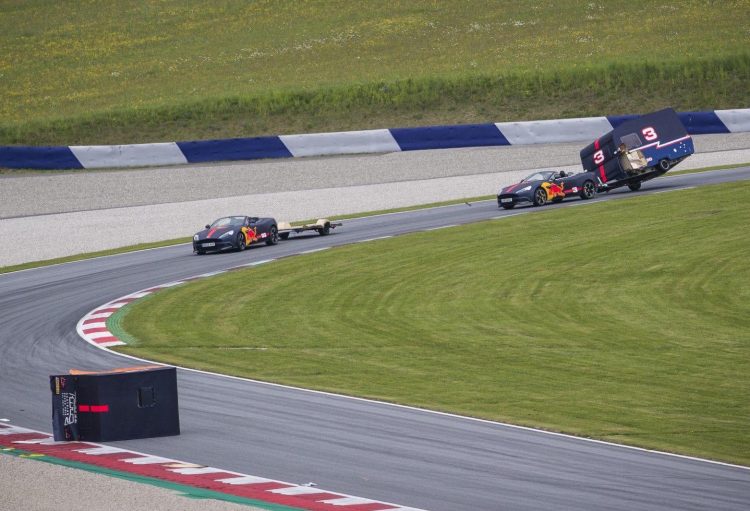 Yep, you read that correctly. Towing caravans. The idea was both Daniel Ricciardo and Max Verstappen needed a break from driving their RB13 Formula 1 race cars, in the lead up to the Austria Grand Prix in July. So what better way to kill some time than have another race.

Daniel is in the Vanquish Volante with its 430kW 5.9-litre V12, while Max is behind the wheel of the sharper Vanquish S Volante and its 450kW version of the same engine.

Both cars were fitted with the optional towing package, allowing them to tow caravans which weighed around 400kg each. Funnily enough, the caravans were modified and featured Pirelli racking slicks for added grip.

What results is an eventful and competitive race, with both caravans being mostly destroyed. Check out the video below for a laugh.

The stunt took place in Austria at the Grand Prix circuit called Red Bull Ring, in Spielberg – previously called A1 Ring before Red Bull bought it.