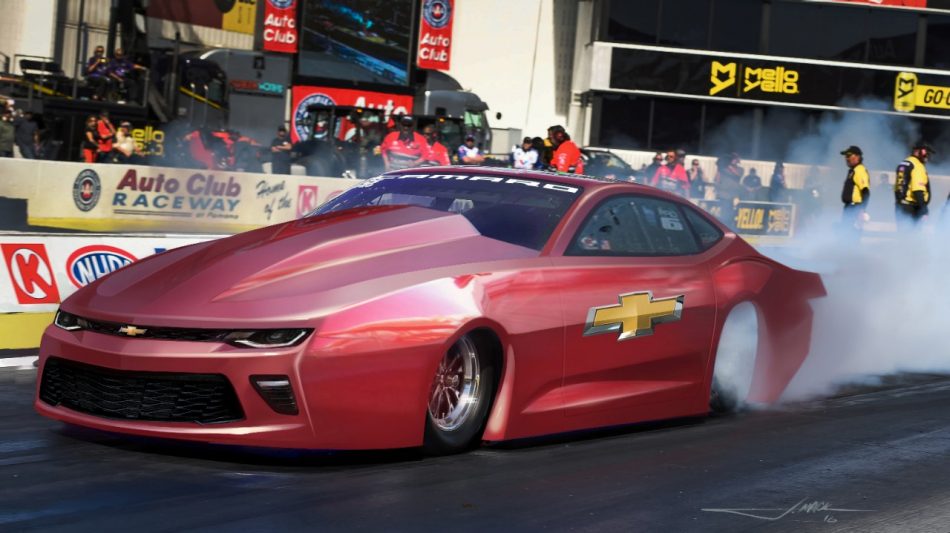 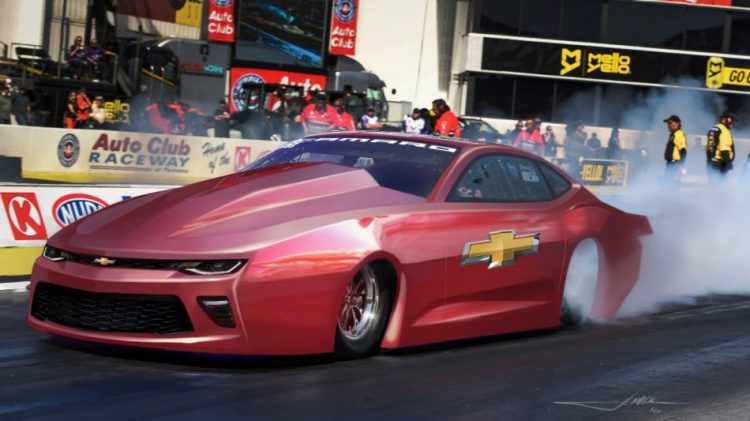 Shown at the Performance Racing Industry Show in Indianapolis, the sleek racer is loosely based on the Camaro SS available in America, but features a slicker silhouette with a bulging bonnet to accommodate some unfathomably powerful engine hardware.

Competing in the National Hot Rod Association Mello Yello Drag Racing Series, the car will succeed its predecessor, based on the old Camaro, which, driven by Jason Line, won 23 out of 24 Pro Stock events. The pressure is on the new model to live up to high expectations.

Camaro exterior designer John Mack, who penned the menacing lines of the dragster, said: “Our goal was to minimise aerodynamic drag within the NHRA guidelines and incorporate as many design cues from the production car,
The result is a sleeker and more aerodynamic Camaro SS.”

Chevrolet will begin testing its 2017 entry this month to make sure it is ready for its racing debut next year. Considering Australia has a very rich and healthy drag scene, there’s no reason not to think examples of this could grace our dragstrips at some point too.