Mercedes-Benz has announced a new variant of the SLS, called the Mercedes-Benz SLS AMG GT. The new mode will be available in Coupe and Roadster form, with more power and equipment. 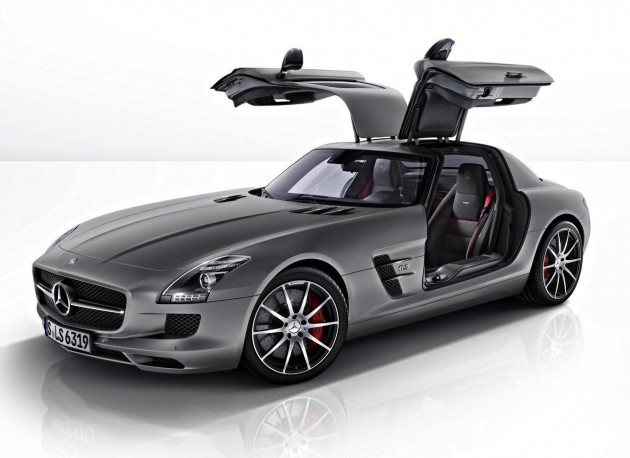 Starting with the engine, the boffins at AMG have found more horses hiding beneath the bonnet. With help of an ECU remap, the 6.2-litre naturally aspirated V8 now churns out 435kW – up from 420kW. Acceleration from 0-100km/h is handled in 3.7 seconds.

While the company was at it, some tweaks have also been made to the transmission resulting in a quicker-reacting ‘box, especially when using the shifters on the steering wheel. Downshifts have also been refined, with a more pronounced double-declutching action.

Revisions have also been made to the AMG Ride Control Performance Suspension, with double aluminum control arms in all four corners and stiffer spring and damper rates. The ‘Comfort’ setting has been made redundant, while ‘Sport’ is the normal setting, and ‘Sport Plus’ for performance driving. 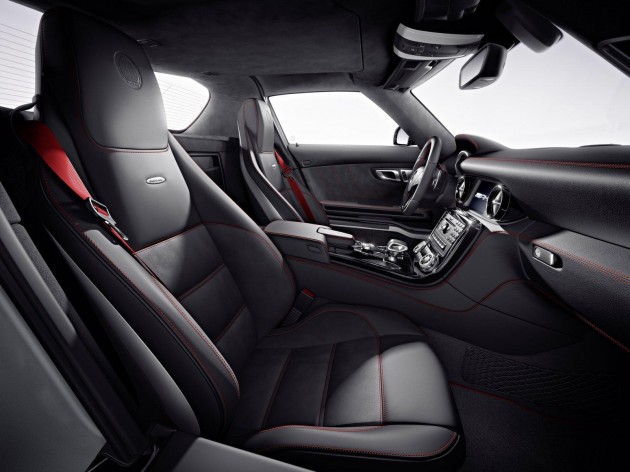 Other improvements along with the new variant include a completely revised interior and trim. The cabin is now decked out in a black leather upholstery with Alcantara and red stitching, with matching red seat belts and stitching on the centre console. A special new AMG designo Exclusive STYLE leather trim is also optional, featuring diamond-quilted patterns and contrasting stitching.

Styling-wise, only minor changes distinguish the new GT over the current model. There’s a GT badge on the back for starters, red-painted brake calipers, while details in the front end including the grille frame and side mirrors are painted in gloss black. The headlights and taillights also feature a slight tinting.

The Mercedes-Benz SLS AMG GT will go on sale in Germany in October, followed by other markets around the world in November. An Australian introduction is yet to be confirmed. We’ll keep you updated when we hear more.

UPDATE: Speaking with Jerry Stamoulis from Mercedes-Benz Australia, PerformanceDrive has learned the model won’t be coming to Australia. Stamoulis says that the local arm has put its hand up for various other models, however, the GT is not one of them.