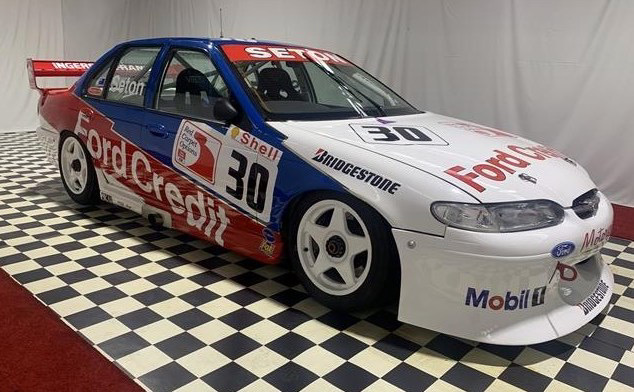 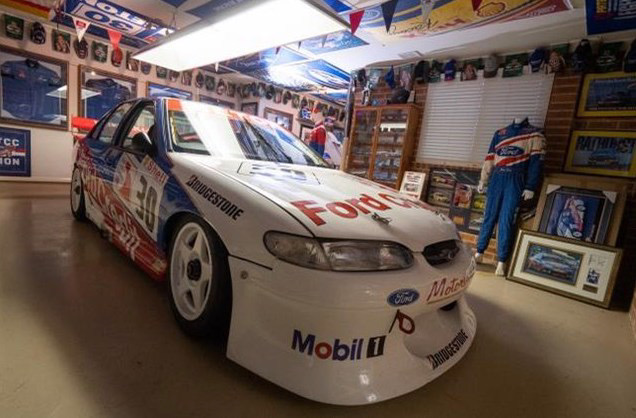 Lot number 305  at Lloyd’s Auctions is one of the most exciting listings we’ve seen in a long while regarding Australian motorsport history. The car is an EF series Falcon that was changed to an EL in 1997 when the facelifted model was released in showrooms.

This car in question won the series back in 1997, when it was called the Australian Touring Car Championship. It set a long-standing top speed on Bathurst’s Conrod Straight of 302km/h during qualifying – a record that stood for close to a decade. It was then piloted by Neil Crompton for Glenn Seton Racing (GSR) in the ’98 and ’99 series, and has not raced since 2002. 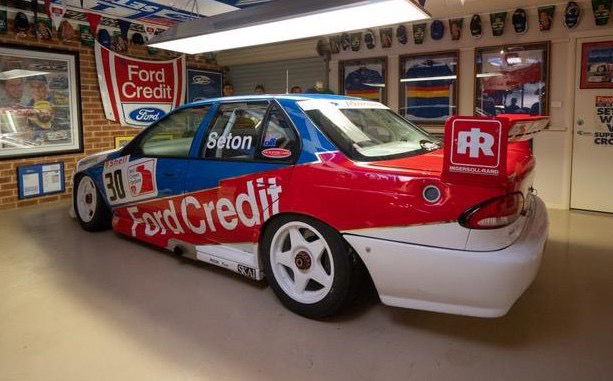 Produced in 1996 for the 1997 championship, Glenn Seton’s #30 Ford Credit EL Falcon features a 5.0-litre (302ci) Windsor V8, paired with a six-speed Holinger H-pattern manual transmission that throws all of its power to the rear wheels. The example up for auction is GSR build number seven, out of nine vehicles made.

The car comes fitted with two of the original racing ECUs, as well as a PI systems dash and a race data logger. Also included in the sale is the third edition of the CAMS logbook, a signed championship helmet and race suit from Glenn Seton, as well as a signed 1997 ATCC Championship Shell Series banner.

Ahead of the sale, Glenn and his engine builder from the 1997 season, Scott Owen, have rebuilt the fuel injection and suspension system, as well as installed new shock absorbers, a new gearbox and differential.

If you’re interested, and are lucky enough to have a few hundred thousand laying around, bidding is open until Saturday, July 31. Head over to Lloyds for more info. The current bid (at time of writing) is $201,000. A video has been posted up by Lloyds featuring an interview with Glenn Seton about the sale. See below.