Audi Australia has launched the new 2012 Audi A6 Avant wagon, with a turbo petrol and turbo diesel making up the range. Prices start at $81,800. 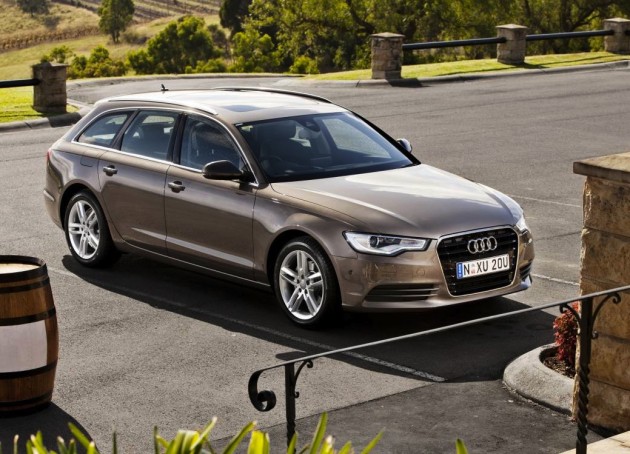 Just two variants of the Audi A6 Avant are included in the Australian lineup; the 2.0 TFSI four-cylinder petrol, and the 2.0 TDI four-cylinder diesel. The petrol produces 132kW of power and 320Nm of torque, while the diesel isn’t far behind with 130kW and 380Nm.

Both engines offer very good economy, with the TFSI petrol rated at 6.5L/100km for the combined cycle, while the TDI consumes just 5.1L/100km on the same cycle. Despite being very fuel efficient, both offer reasonable acceleration for the 0-100km/h sprint; 8.6 seconds in the TFSI and 8.5 in the TDI. 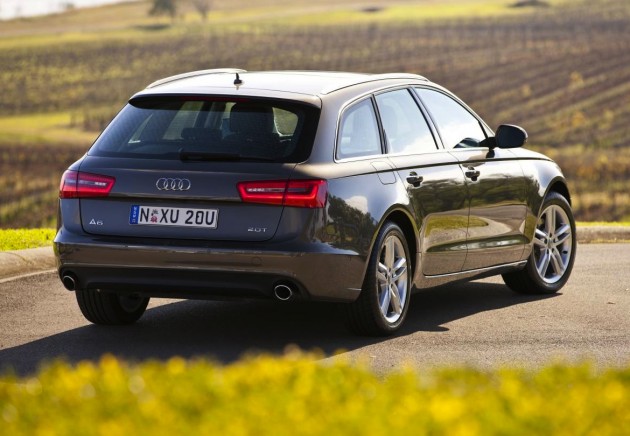 The whole purpose of a wagon is of course the cargo space in the back. We also consider wagons pretty cool in general, and with the A6 Avant, the smooth styling certainly wins it over for us (can’t wait for the new RS 6). In the back though, there is up to 1680 litres of space with the rear seats folded down, or 565 litres with them up.

Audi has managed to shave 70kg from the Avant’s weight compared with the previous model. It now tips the scales at 1630kg, which is pretty light for a large family wagon. The savings have been made thanks to the extensive use of aluminium in the body.

Standard features for both models include MMI satellite navigation and multimedia interface, ventilated front seats, head-up display, a 360-degree parking camera system, and a sensor-controlled automatic opening tailgate which simply requires the driver’s foot to be waved under the rear bumper bar for opening.

Pricing for the new wagon is as follows (excluding on-road costs):

InAudi A6, Audi A6 Avant