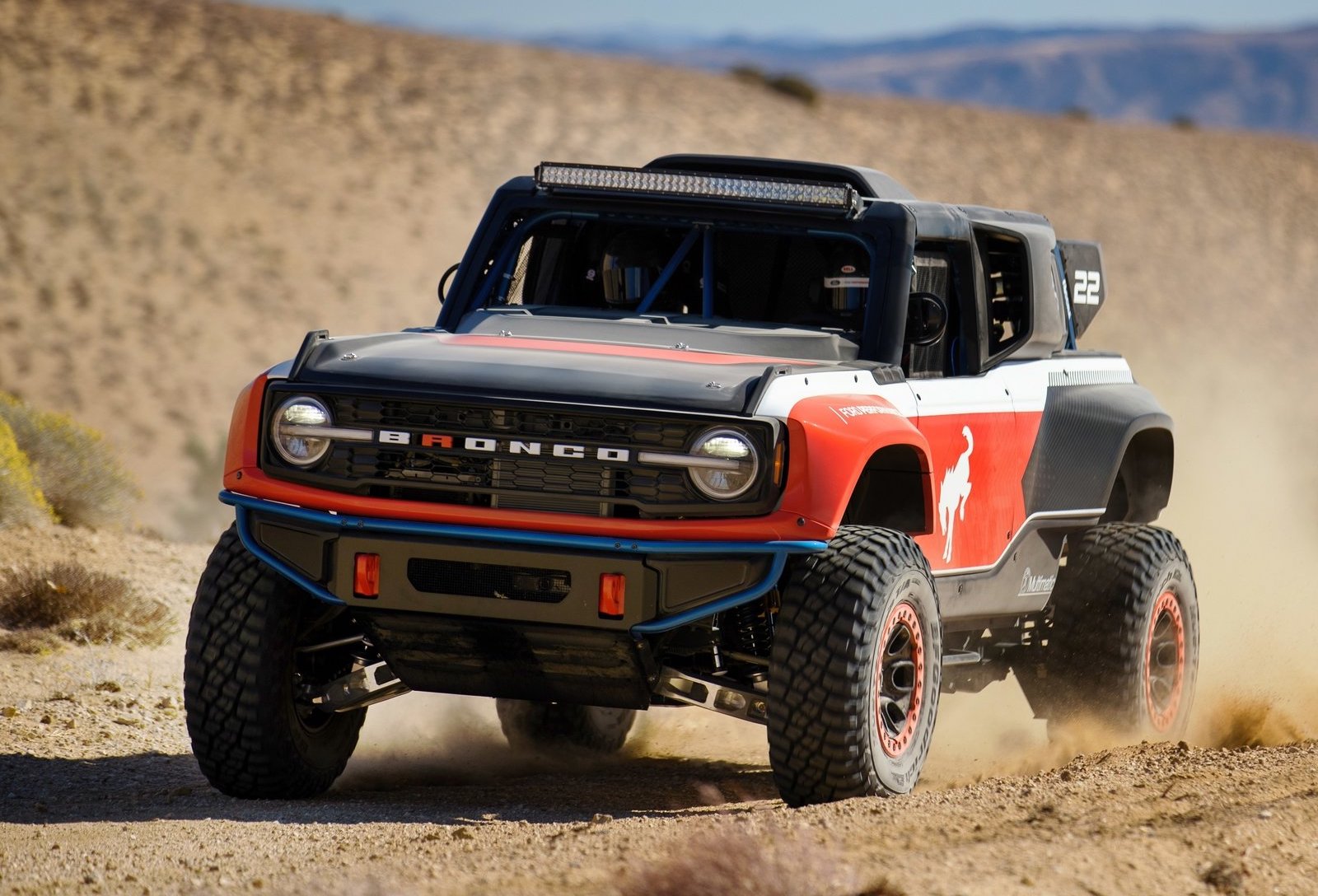 Ford has taken the wraps off its latest off-road creation with the Bronco DR, designed to take on some of the world’s most gruelling off-road races like the Baja 1000. 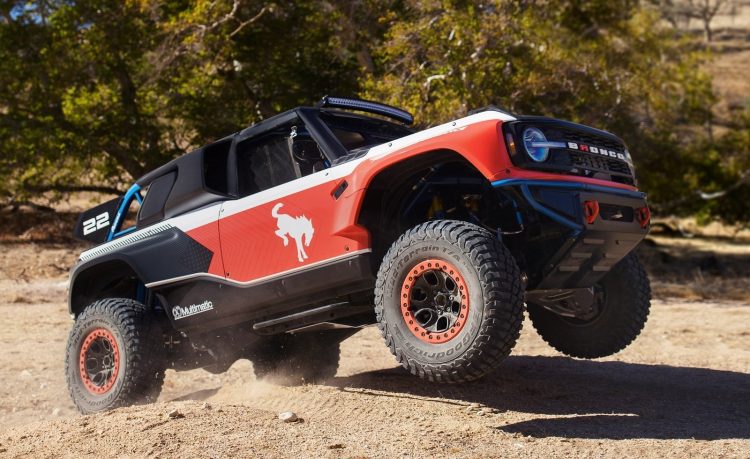 In quite an interesting move from Ford. It receives a V8 powertrain, Multimatic suspension system, and a heap of chassis modifications over the standard Bronco, with prices kicking off from US$250,000.

At its heart, the Bronco DR is powered by a Coyote 5.0-litre V8 that Ford aims to extract more than 298kW from, with the torque figure unknown at this point. Power is sent to all four wheels via a 10R80 transmission, with the electric shift on the transfer case borrowed from the F-150. The Bronco DR also features an independent electronic locking differential over both the front and rear.

To keep up with the insane amount of punishment that a race like the Baja 1000 will throw at it, Ford has fitted the Bronco DR with an off-road suspension package designed by Multimac that adds positional selective dampers and aluminium lower control arms. 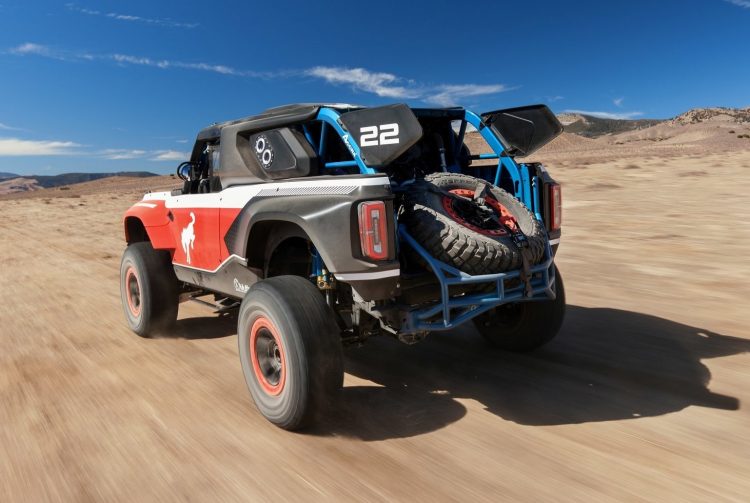 The company says the Bronco DR offers 55.1 per cent more front suspension travel – at 40cm – and 58.6 per cent more over the rear – at 44cm – than the production series Bronco. It weighs in at 2800kg in race form, and features approach and departure angles of 47 and 37 degrees respectively, and a break-over angle of 33 degrees.

The Bronco DR rides on a set of 37-inch BFGoodrich mud-terrain tyres, and retains a 73.7-inch front and 73.3-inch rear track for stable footing. 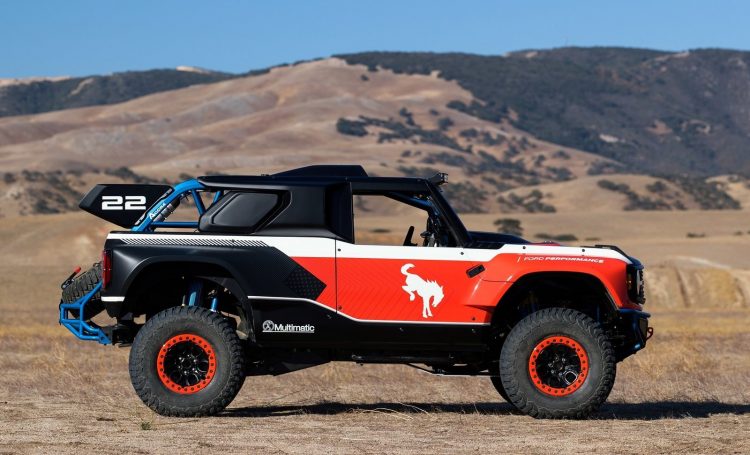 Everything from the air intake system to the custom-fitted roll cage has been optimised for off-road racing, and while the DR retains the majority of the brake components from the road-going Bronco, the pads have been upgraded to handle some serious punishment. Mark Rushbrook, Ford Performance Motorsport’s global director, said:

“Bronco DR is our ultimate turnkey off-road racing SUV, engineered to put enthusiasts behind the wheel of a desert racing force. This collaboration between Ford Performance and Multimatic continues the Bronco desert racing legacy that dates back to Rod Hall and Larry Minor’s never-repeated overall Baja 1000 win in a stock Bronco in 1969.”

If you like the sound of the package and have the desire to take on off-road endurance races like the Baja 1000, you’ll have to be quick, because Ford is limiting the Bronco DR’s initial production run to just 50 units, which will be delivered in late 2022.