Kia has revealed the sporty new 2013 Kia Sorento SUV, with fresh styling, modern tweaks, and a revised powertrain lineup with improved fuel economy. The new model will go on sale in Australia during the fourth quarter of this year. 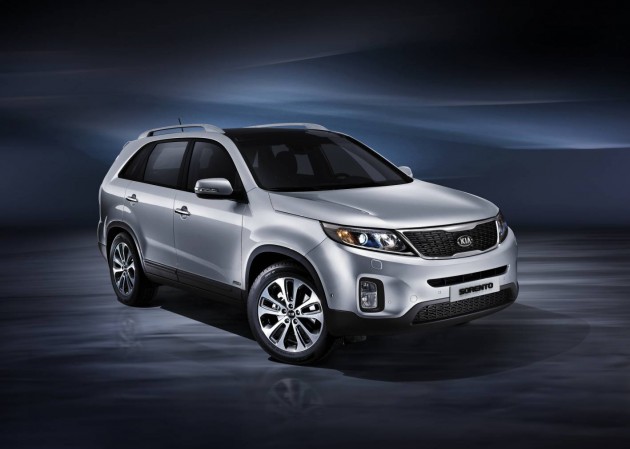 The 2013 Kia Sorento features a ‘re-engineered body shell’ with a range of new styling tweaks. There are LED-encrusted headlights and taillights, all-new front and rear bumper bars with more body-coloured highlights, as well as a set of new 19-inch alloy wheels.

Official specifications are yet to be revealed, however, Kia promises the new model will come with enhanced suspension for better ride and handling, new safety tech, and a range of revised engines that offer “best-in-class fuel economy” and lower emissions.

“We have given very careful attention to owners’ feedback, and the upgraded Sorento is not just a cosmetic exercise but a major step forward for our popular SUV.”

The interior is also set to be stepped up a notch, with five or seven seats, depending on the variant, a new eight-inch LCD multifunction display, leather trimmings, and lots of soft-touch surfaces.

If Kia’s latest range of vehicles is anything to go by, the 2013 Kia Sorento will be one to look out for in the future.