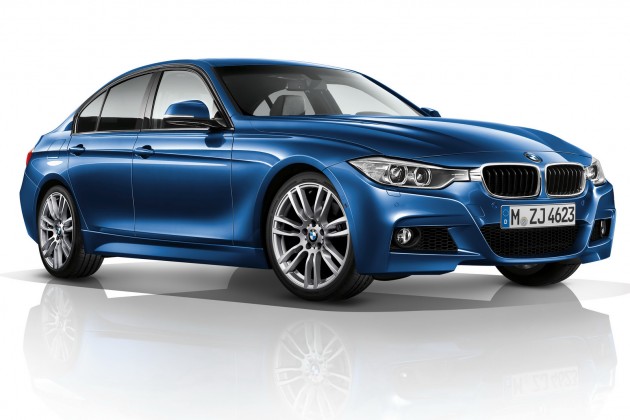 Even though the 2012 BMW 3 Series isn’t set to go on sale until February next year, BMW has given us all a preview of what the new model will look like with an M Sport bodykit. From the front the new pack shows off a sharper and lower chin with aggressive corner wings and a new front bumper bar.

Side skirts are also part of the 2012 BMW 3 Series M Sport package, matching the sharper styling of the front end, with chrome exhaust pipe tips complimenting the new rear end styling. A set of 18-inch or optional 19-inch, alloy wheels then complete the picture.

As for the mechanical hardware, the 2012 BMW 3 Series M Sport package comes with a sports lowered suspension kit, with optional adaptive settings inside the cabin, lowering the new 3 Series by 10mm. The springs are also stiffer and some new, thicker sway bars are installed, providing more rigid handling characteristics.

The 2012 BMW 3 Series M Sport package will become available as an option for all 3 Series variants next year, and it will also come in an optional new M-exclusive exterior paint colour.