Audi Australia has introduced a model update for the 2012 Audi TT. The major change is the 1.8 TFSI and 2.0 TDI models now come standard with a seven-speed S tronic automatic transmission. 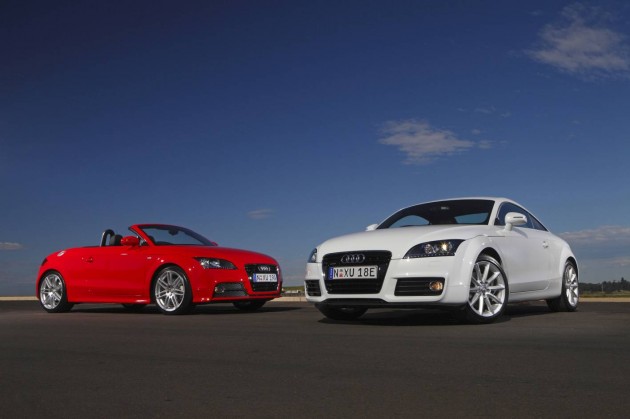 Previously only available with a six-speed manual transmission, the Coupe and  Roadster versions of the TT 1.8 TFSI petrol are now standard with the S tronic, as is the TDI Coupe. A six-speed manual can still be specially ordered however.

Power outputs remain the same, with the 1.8 TFSI turbocharged four-cylinder petrol producing 118kW and 250Nm, while the 2.0 TDI – available only as a Coupe – produces 125kW and 350Nm.