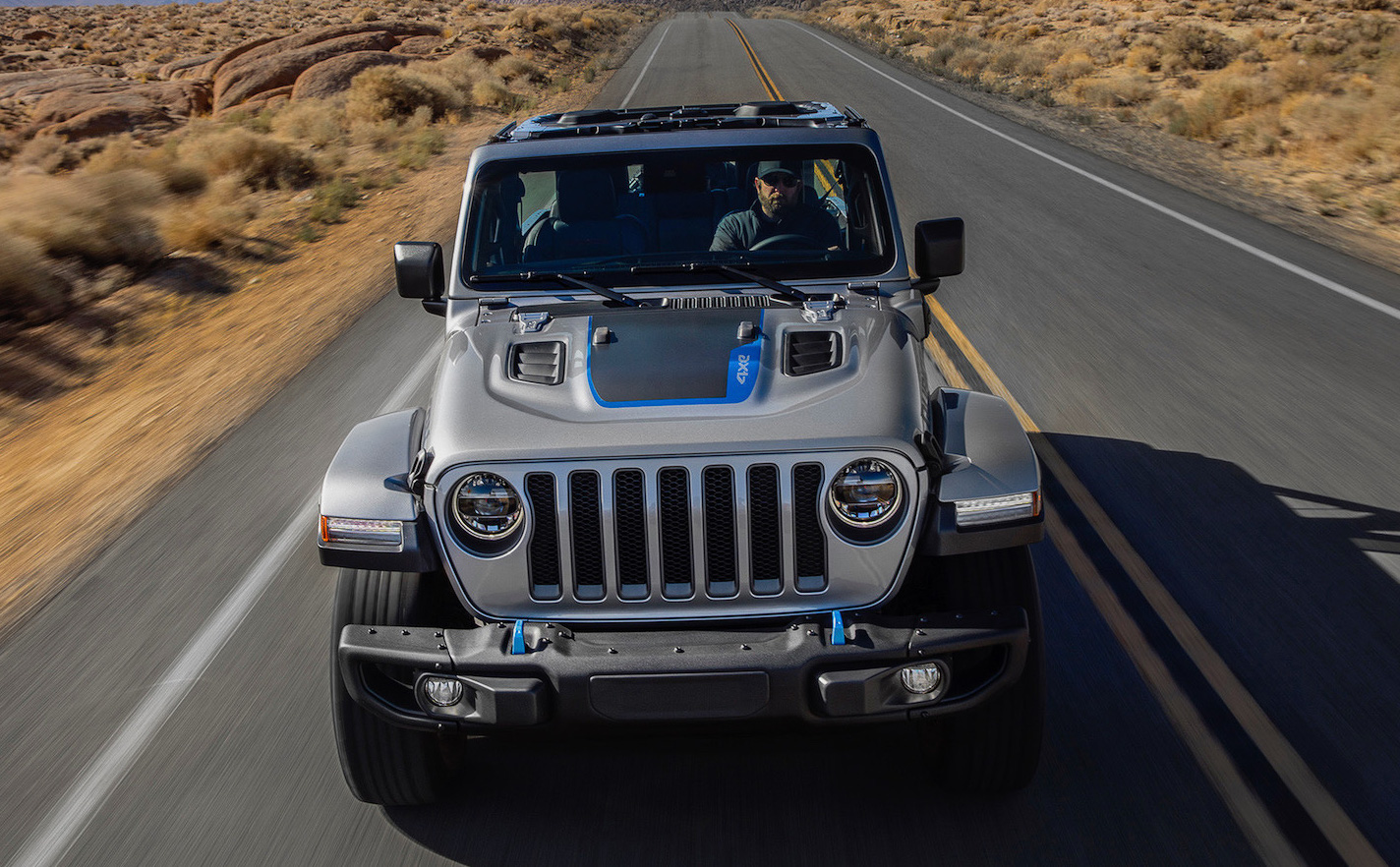 Yes, even the iconically rugged Jeep Wrangler is succumbing to pressures to become more eco friendly. Called the Wrangler 4xe, the new variant is described by Jeep as the most technically-advanced and eco-friendly Wrangler ever. It’s also the most powerful in the current lineup. 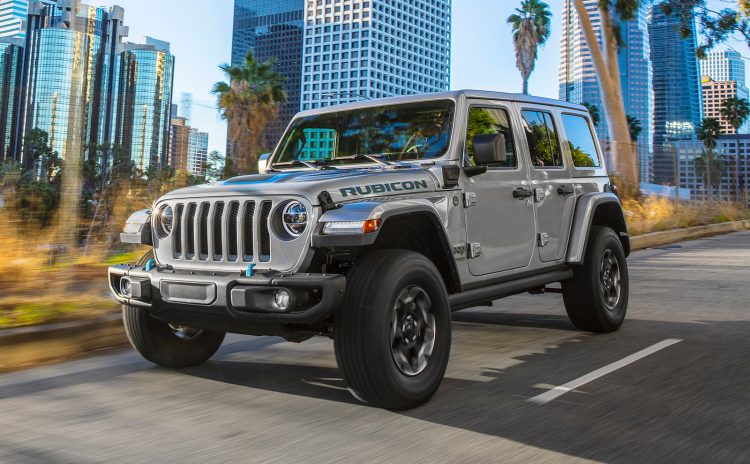 The new model features a 2.0-litre turbo-petrol four-cylinder engine paired to an electric motor assist system. Combined, the plug-in hybrid setup produces an impressive 280kW and 637Nm, making it the most powerful in the current lineup. This is helped by a 400V, 17kWh lithium-ion electric system.

Jeep has cleverly integrated the electric motor into the ZF-based eight-speed automatic transmission, with two clutches working to engage the e-motor and petrol engine. The clutch system means the Wrangler 4xe is able to drive on electric power alone, offering a range of 50km. 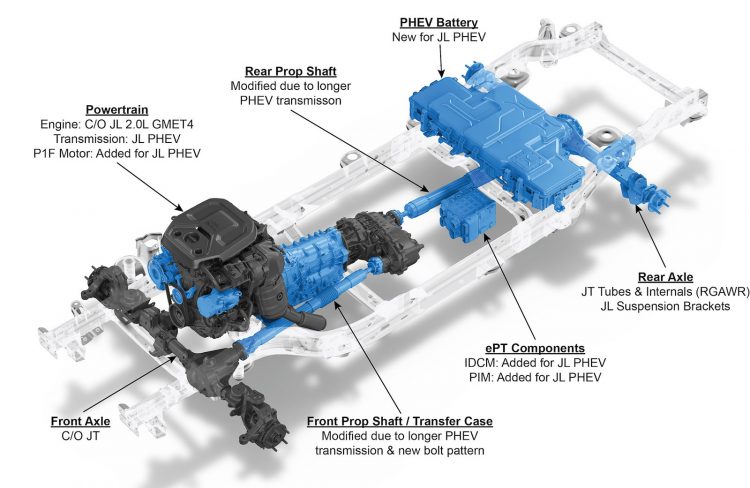 Drivers can choose from a variety of driving modes via the E Selec system. It offers a Hybrid mode, which is the default setting that relies on the electric motor as much as it can, but engages the petrol motor when demands increase. There’s also an Electric mode for zero-emissions driving, and an eSave mode which prioritises the petrol motor.

Interestingly, all power modes are available in low-range as well. Jeep says the electric motor provides a more precise and controlled delivery of torque, which is instantly available, helping in difficult off-road situations. Jeep says there is no need to build engine revs too, which minimises driveline shock. 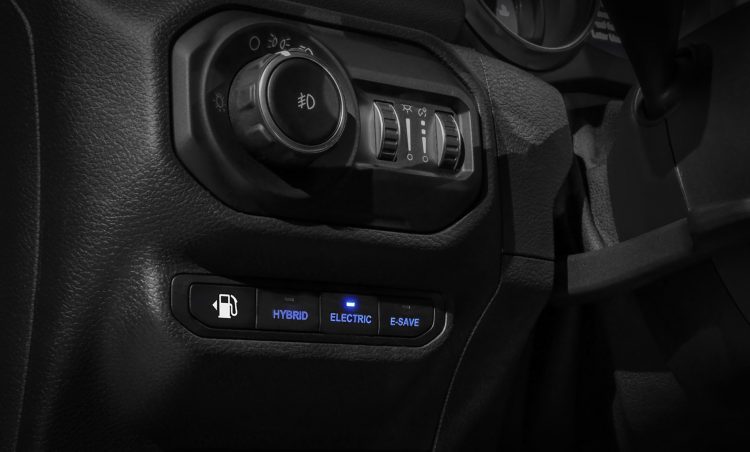 Jeep is launching the 4xe in three variant levels, including the base 4xe, the Sahara 4xe, and the Rubicon 4xe. The two entry versions use a full-time four-wheel drive system with front and rear Dana 44 axles, controlled by a Selec-Trac two-speed transfer case running 2.72:1 low-range gearing. There’s also an optional Trac-Lok limited-slip differential.

As for the Rubicon 4xe, it uses a unique Rock-Trac 4×4 system, with a two-speed transfer case running 4:1 low-range gearing. It’s also full-time four-wheel drive and comes with Dana 44 axles, but comes standard with Tru-Lok front and rear electronic diff lockers. 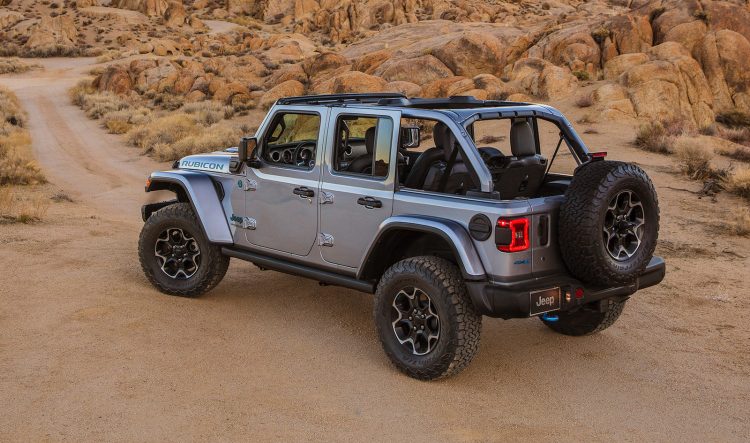 All models come with the ‘Trail Rated’ badge which certifies them as proper off-road-ready vehicles. Skid plates are fitted underneath to conceal important components, and front and rear tow hooks are included. The Rubicon 4xe uses 17-inch alloy wheels with 33-inch tyres, while the other two come with 20-inch wheels.

The Jeep Wrangler 4xe will initially be available in China, Europe and the United States “by early 2021” the company says, with no sign of an Australian introduction any time soon. Production will take place at FCA’s Toledo Assembly Complex in Ohio.