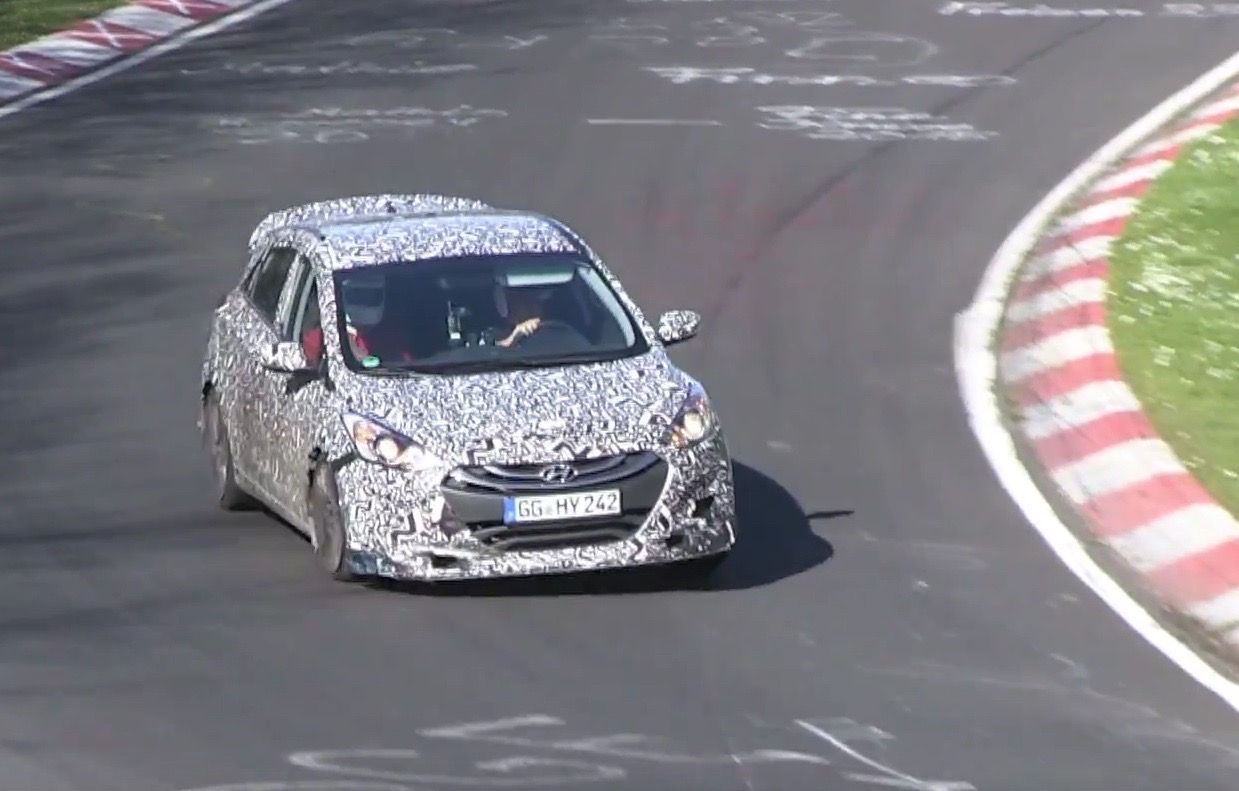 More evidence of Hyundai’s N performance sub-brand becoming a reality has surfaced, with spy photographers spotting a gnarly prototype i30 N on the Nurburgring once again. 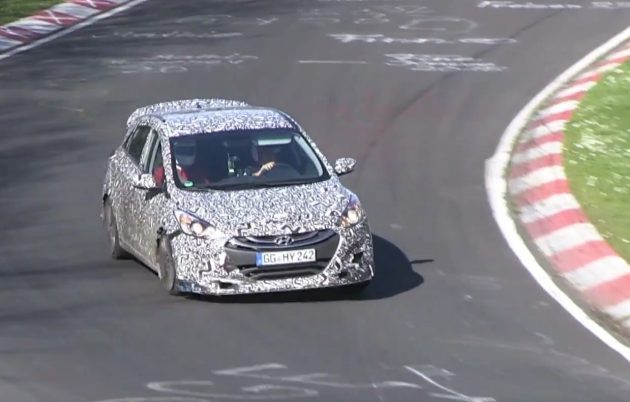 Hyundai’s N performance sub-brand is set to be responsible for a lineup of performance-focused models. Think of it as like Hyundai’s BMW M, or Mercedes’s AMG.

The first model to appear on the market is believed to be based on the i30, becoming essentially Hyundai’s first proper hot hatch. Judging by the level of seriousness in the testing, this will be a quick little car.

According to reports, the i30 N will either come with a potent 2.0-litre turbo producing around 200kW, or a tuned version of its 1.6-litre turbo found in vehicles like the Veloster SR Turbo.

In the Veloster SR Turbo the unit produces 150kW, however, as the latest Peugeot 308 GTI has shown us, even 1.6 litres can be stuffed with enough boost to see it develop upwards of 180kW to 200kW.

As indicated by the prototype, thanks to Motor1 YouTube channel, the car is set to come with a unique bodykit and aero features to help it stand apart from the regular i30 range. Expect larger wheels hiding big brakes, lowered sports suspension, and a special exhaust for the performance model.

Hyundai is expected to unveil more details later in the year. A concept version might initially be shown, potentially at a big car show like the Paris event in October. Click play below for a preview.