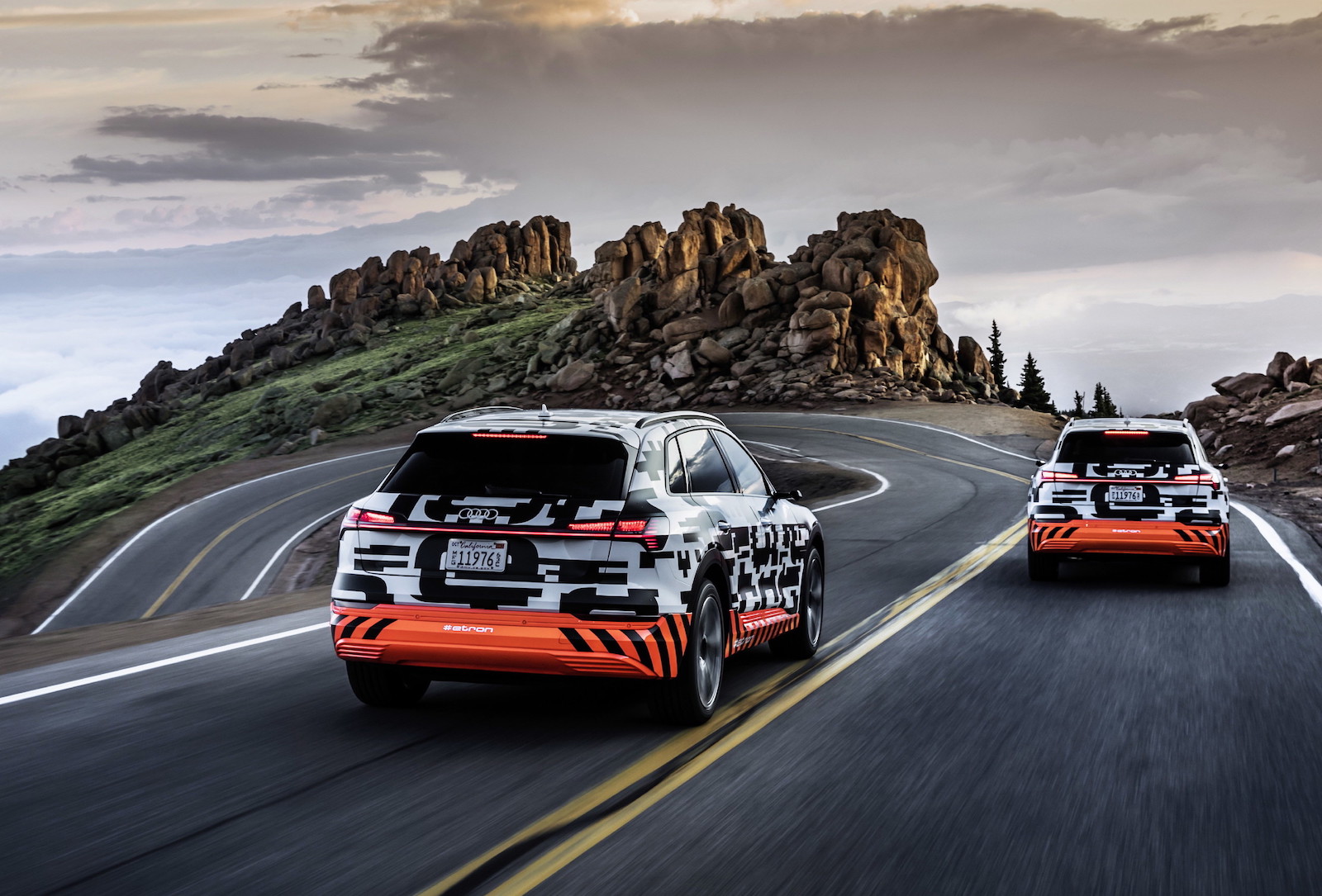 Audi has taken to the iconic Pikes Peak to fine-tune the battery technology of its upcoming e-tron SUV; the company’s first production electric vehicle. 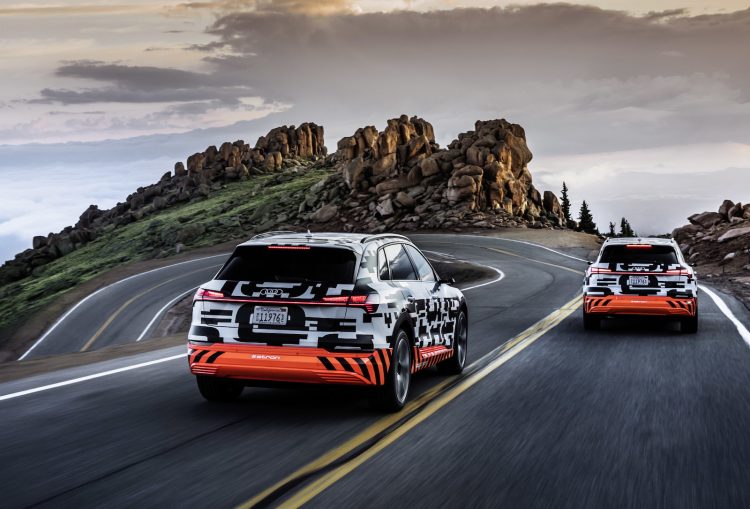 Instead of heading up the 31km stretch of tarmac in the southern Rocky Mountains, Audi was testing out ways to maximise the energy recuperation potential of its e-tron prototype with a run downhill at Pikes Peak.

Following the conclusion of testing, Audi claims that the e-tron has increased its range up to 30 per cent, due to its ability to recuperate energy whilst moving downhill thanks to a new technology called an “electrohydraulically integrated brake control” system. On the 31km drive down the mountain road, the e-tron prototype was able to regain approximately 31km worth of charge.

While Audi is yet to offer up all the details on the e-tron SUV, the company has addressed the powertrain, saying the e-tron will have “a system output of up to 300kW/561Nm”, with a fully electric drive capable of acceleration from 0-100km/h in “less than six seconds”. Flick it into sport mode and boost-mode will give you a 300kW/664Nm push for eight seconds.

The e-tron prototype is said to be able to recuperate energy with as much as 220kW/300Nm worth of electric power, more than 70 per cent of its total operating energy from the 95kWh lithium-ion batteries. Audi says no other production model has achieved such a result. In regards to range, Audi says that in the WLTP test cycle, it covers more than 400km on one battery charge.

Just over a week ago Audi confirmed customers in the US will be able to preorder their e-tron from September 17, the same day it is set to have its official unveiling. Deliveries are expected to begin early next year, which will mark the first of three new e-tron all-electric Audis to be released by 2020.

The e-tron prototype has had many months of PR touring, after debuting at the 2018 Geneva Motor Show. While it’s only been shown wearing some funky camouflage, it is widely expected to take a raft of design cues from the e-tron quattro concept car that was revealed back in 2015.