When the all-new high performance Mercedes-Benz A 45 AMG goes on sale in Australia in September, prices will start at just $74,900. This is well under the previously speculated $90k mark. 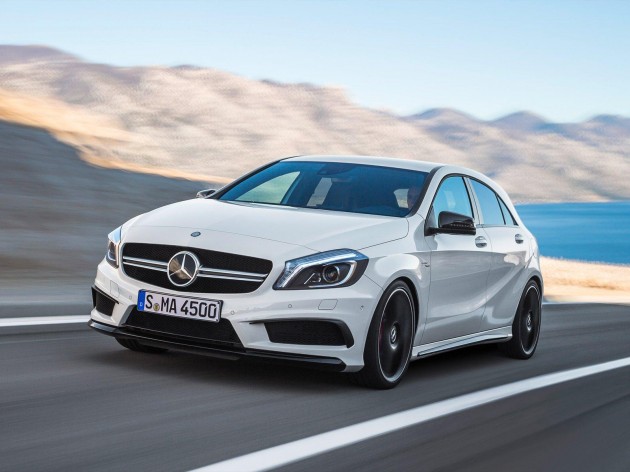 AMG models in Australia are very popular, and soon, consumers will be able to get into one at a much cheaper price point than the current entry-level AMG, the C 63, which starts at $153,900. It’ expected to be the company’s most popular model later this year.

As previously reported, the new A 45 AMG, based on the A-Class, features a cracking 2.0-litre turbocharged four-cylinder producing 265kW of power and 450Nm of torque. It’s able to do the 0-100km/h dash in just 4.6 seconds, while offering a combined cycle fuel economy rating of 6.9L/100km.

A number of interesting highlights pepper the new model, making it even more special. It will be the first non-SUV AMG model to hit local shores sporting an all-wheel drive system. It will also be the most powerful production four-cylinder in the world.

Like all AMG vehicles, the A 45 comes with aggressive external styling with a full bodykit, front and rear spoilers, side skirts, and a set of black alloy wheels.

Inside, the super-hot hatch showcases a similarly dedicated decor with bucket seats, a small sports steering wheel, and lots of carbon fibre and red highlights.

When it arrives, it will rival the likes of the BMW M135i and the upcoming Audi RS 3. The Audi is all-wheel drive while the BMW is rear-drive.