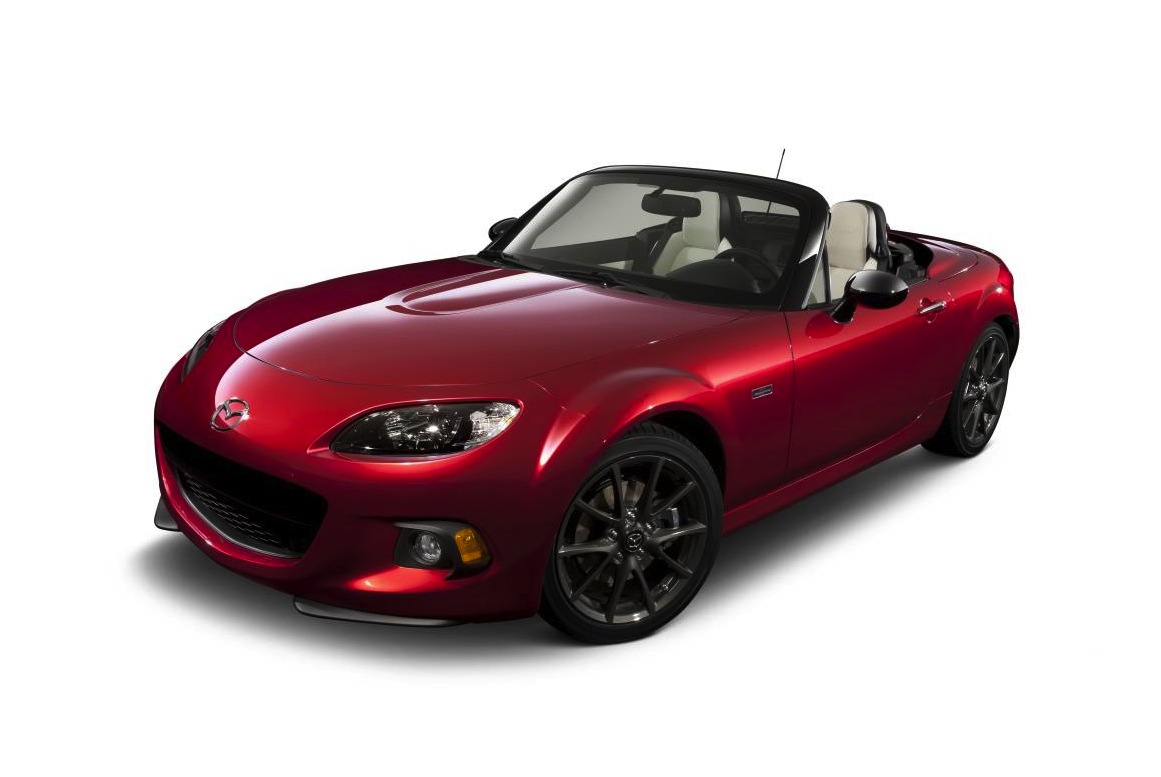 To help give the iconic Mazda MX-5 a proper sendoff before the new model arrives, Mazda has developed a special 25th Anniversary limited edition, which is now available in Australia. Just 40 of the 1000 globally introduced editions will be available to Australians. 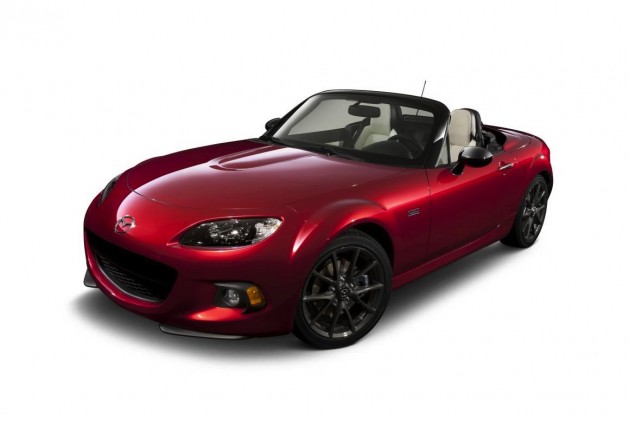 Based on the current-shape MX-5 soft-top, the 25th Anniversary edition comes with a unique badge and build number, as well as a Soul Red metallic exterior with black A-pillars, side mirrors and retractable roof, giving it a distinct two-tone theme.

Inside is decorated with off white leather, black leather sections on the armrest and main controls, with red stitching, while a special red panel and stainless steel scuff plates feature a 25th Anniversary logo. 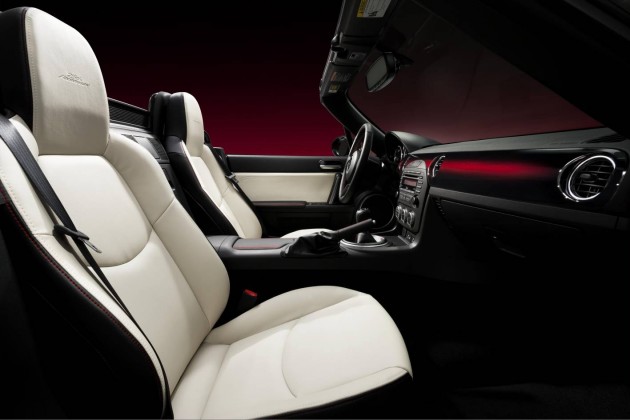 As a special gift, each buyer also receives a his and hers MX-5-branded Tourneau commemorative watch set. These feature a genuine sapphire crystal face with a black leather strap and red stitching.

So far Mazda Australia says 13 examples have already been snapped up by interested buyers. And this was since sales started at 10am today. 24 of the 40 are manual and 16 are automatic. You better get in quick.