As a way of celebrating the launch of the new A 45 AMG, Mercedes-Benz has announced a limited edition called the Mercedes-Benz A 45 AMG Edition 1. As the name suggests, the special will be available for the first year of A 45 AMG sales. 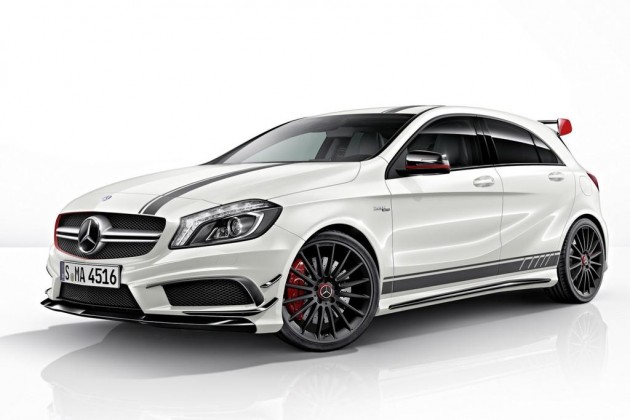 The Edition 1 certainly looks the part. It comes with a unique bodykit adding more aggression over the already super hot A 45, including a sharp new front spoiler system with corner winglets, as well as matching side skirts and a large rear spoiler.

To make the kit look even hotter, AMG has done an awesome job by working in a matt graphite grey theme contrasted by the Cirrus White exterior colour. Various aspects are also touched with some red for added zing, such as the rear spoiler, the side mirrors, and the AMG performance brake calipers. 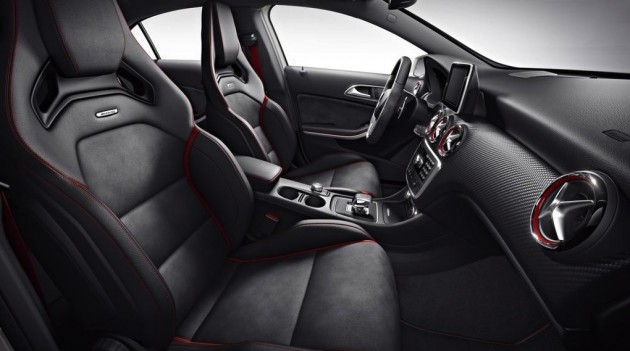 Under the bonnet there’s no extra juice, however, the standard A 45 AMG already comes with the most powerful production four-cylinder engine in the world. It’s a 2.0-litre turbocharged (26psi) unit producing an incredible 265kW of power and 450Nm of torque. Acceleration from 0-100km/h takes just 4.6 seconds.

Not to leave the interior untouched, the Edition 1 comes with a very cool set of AMG Performance sports bucket seats and a complete ARTICO leather and DINAMICA microfiber upholstery. There’s also a carbon fibre dash and various red accents.

It’s unknown at this stage if the special edition will make it to Australia. We’ll keep you updated as soon as we hear more.

UPDATE: PerformanceDrive spoke with Nicholas White, Mercedes-Benz Australia corporate communications coordinator, about a possible local introduction. He said, “There are no plans at this stage to introduce the A 45 AMG Edition 1 to Australia.”

However, he said the normal A 45 AMG hatch would arrive here in October.