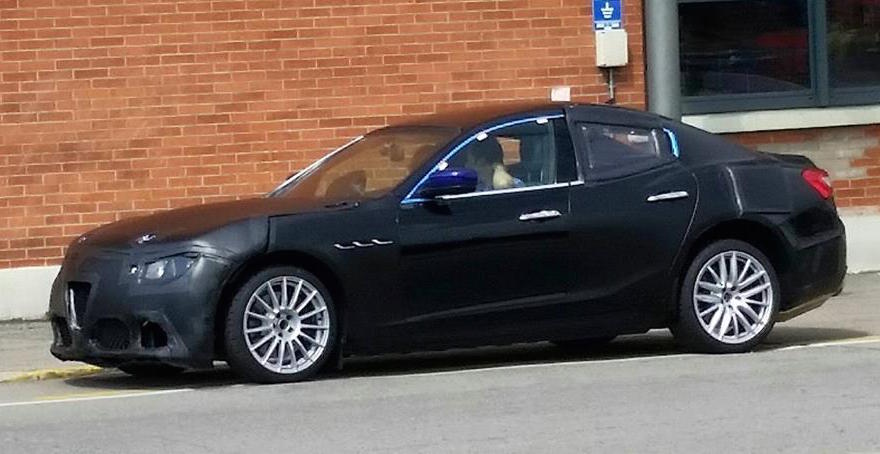 An intriguing prototype was spotted in Italy recently, showcasing a mysterious four-door sedan body. Could this be the highly anticipated Alfa Romeo Giulia? 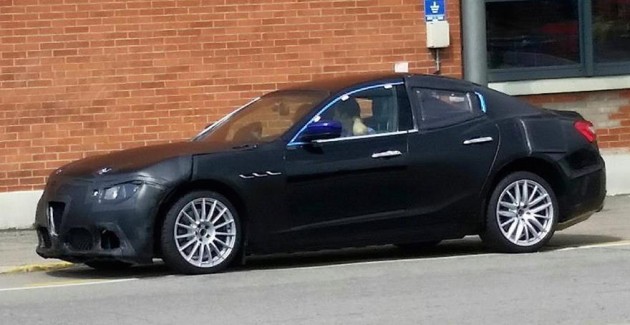 We’ve heard a lot about the upcoming Giulia, which will be an overdue successor to the 159. As far as we know it will be predominately rear-wheel drive and it is set to be powered by a range of turbocharged engines with up to 220kW on tap. Needless to say, it should be an exciting car.

It’s hard to tell what this prototype is exactly, but there are a few clues. The opening in the black sheeting at the front is an inverted triangle, just like Alfa uses. Along the sides are a trio of vents which seem quite Maserati-esque, and then towards the back there are some sexy haunches like on the Maserati Ghibli.

The Alfa sedan is expected to be smaller than the Ghibli, especially at the back and in the wheelbase. And as you can see on this prototype the rear doors do look suspiciously small.

If it is the Alfa Romeo that we’re all waiting for, this would be the closest production-ready prototype we’ve seen yet. In any case the car is slated to debut on June 24, so, soon, we’ll finally be able to see what Alfa comes up with for the competitive segment.

Alfa Romeo is yet to officially confirm the Giulia nameplate, however, it is looking to introduce a sports-luxury sedan to rival the likes of the BMW 3 Series and Mercedes-Benz C-Class. A performance ‘QV’ variant could be on the cards as well, which would give it more foundation to compete against Germany’s finest.