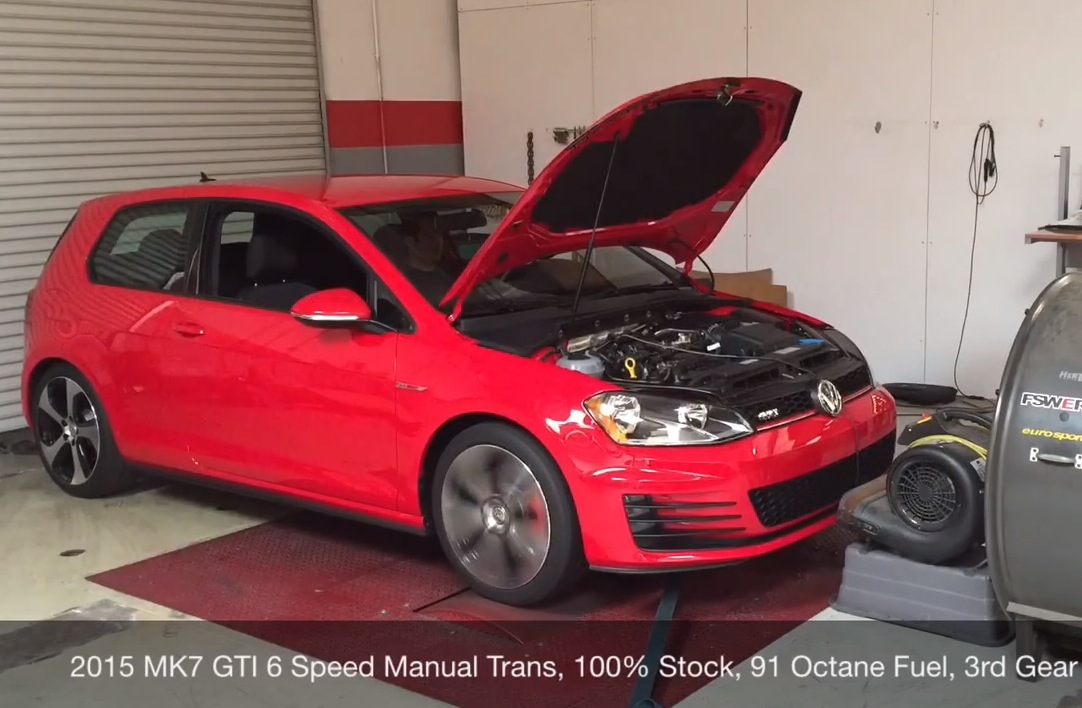 Volkswagen, it seems, might be underrating its cars. Or at least the Mk7 Golf GTI. An apparently standard example was put on the dyno in the US and it churned out 170kW at the wheels. 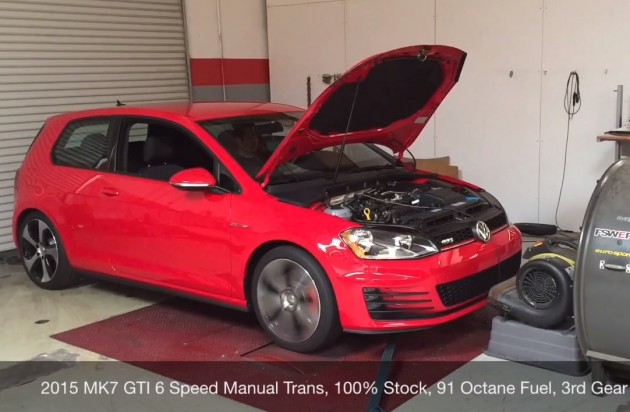 We’ve certainly heard of carmakers underrating their vehicles before. BMW has a habit of it, and so does Ford with the GT Falcon. Here we see a stock MY15 Golf GTI fitted with the manual transmission lay down 229hp at the wheels, or 170.8kW at the wheels.

Once you factor in a drivetrain loss of about 15 per cent, you end up with an engine output figure of 195kW. This is considerably up on the standard factory-quoted figure of 162kW. Even if you make an allowance of 12 per cent, as some experts suggest for front-wheel drive cars, the engine output is still 190kW.

Here at the PerformanceDrive office we’re not really surprised. The Mk7 Golf GTI is a cracking hot hatch. We’ve timed 0-100km/h in just 6.5 seconds for the manual, and 6.4 seconds for the DSG Performance (169kW) variant. It feels like it has more than 162kW, even with an extremely linear performance surge.

It’s believed some European manufacturers provide a minimum output figure for their vehicles to give a more reliable guide for those who live in warmer conditions or higher up in the mountains. If that’s the case, 162kW would be the minimum output.

Click play below to take a look. And feel free to tell us what you think. Is 190kW is bit far-fetched? Or is it a believable figure given the on-road performance it offers?