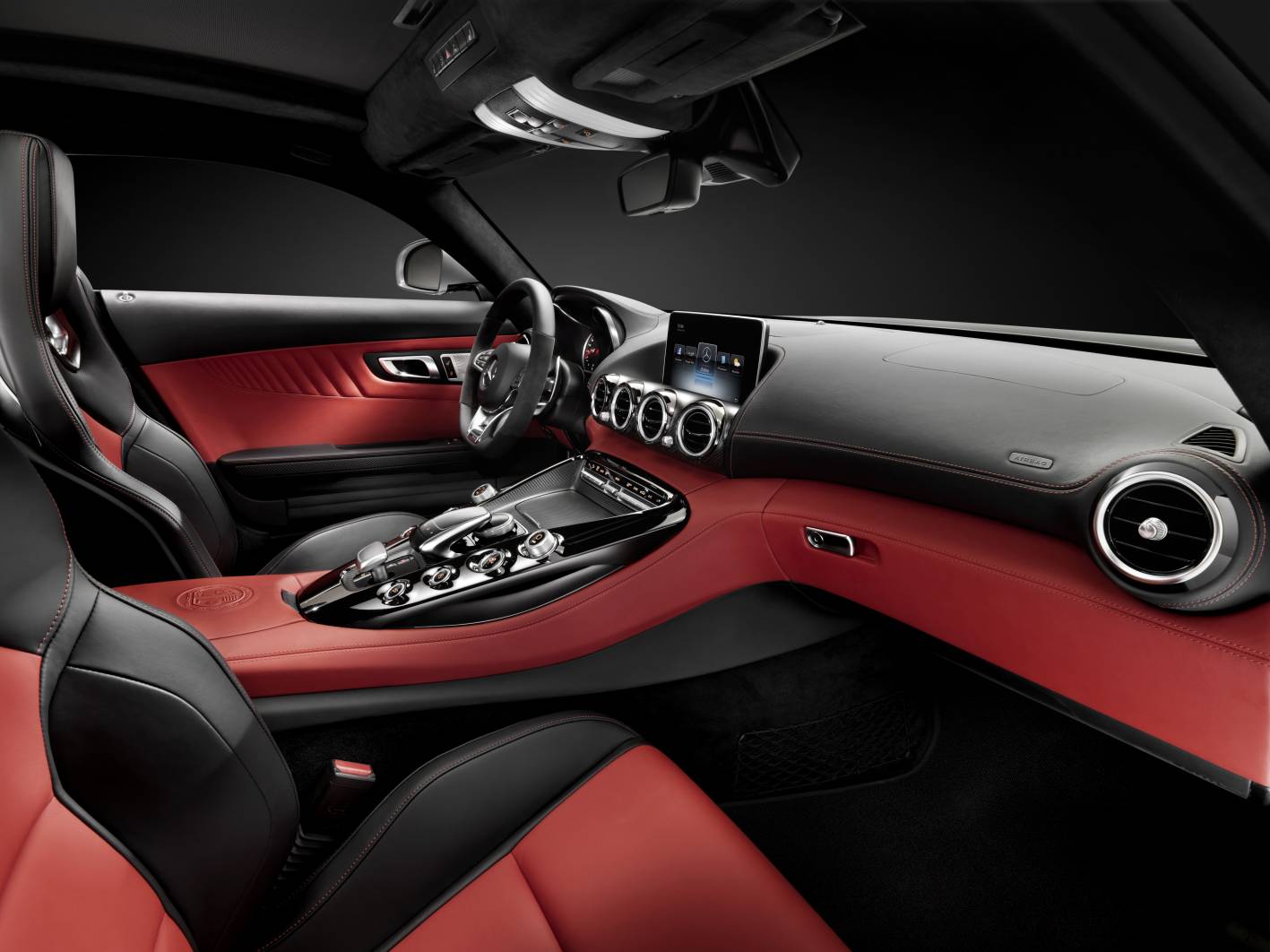 Mercedes-Benz has revealed the interior of the all-new Mercedes-AMG GT super sports car, and at the same time confirmed the name of the new model. 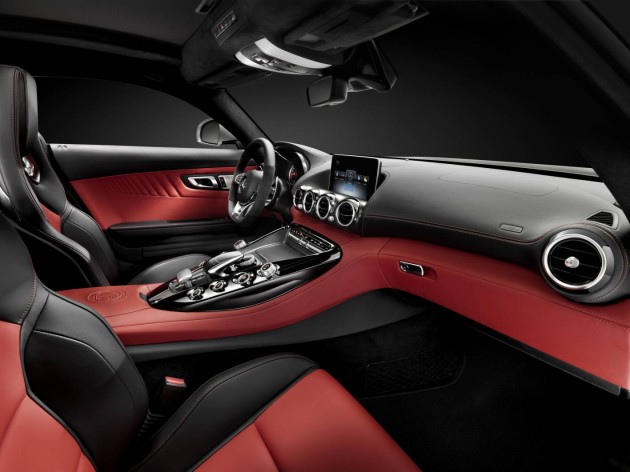 Speaking about the interior, the company says the new model is “enough to set pulses racing even when stationary”. It features an exclusive layout with the finest materials and workmanship, according to Mercedes.

The main dash fascia runs down quite wide with two distinct silver sections on either side and a step in the middle. At the top are four spotlight-style circular air vents and a wide-screen multimedia interface. 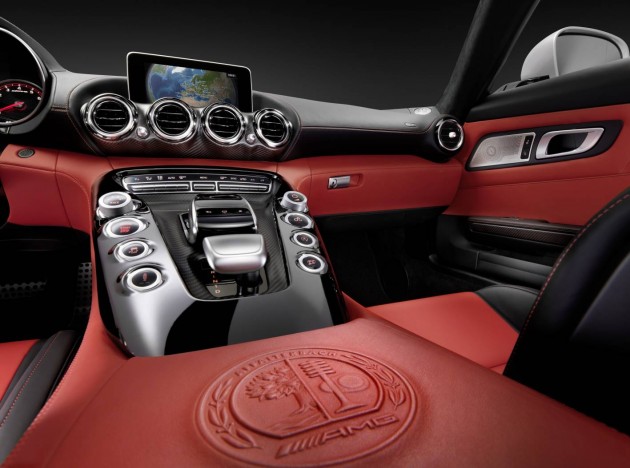 On the outside the GT is promising to be just as breathtaking, showcasing a two-door coupe layout with a long bonnet and short overhangs. Tobias Moers, CEO at Mercedes-AMG GmbH, spoke about the new car in a statement, saying,

“The new Mercedes-AMG GT shows that we will be positioning AMG more vehemently and aggressively than to date as a dynamic sports car brand.

“The technological substance of the Mercedes-AMG GT underscores our high aspirations with regard to driving dynamics, agility and sportiness.

“Following the global success of the SLS AMG, the new GT is the second sports car developed fully independently by Mercedes-AMG.”

There’s no official word on what will power the unique model, however, it will reportedly come with a 4.0-litre twin-turbo V8 with upwards of 350kW.

All will be revealed during the third quarter of this year.