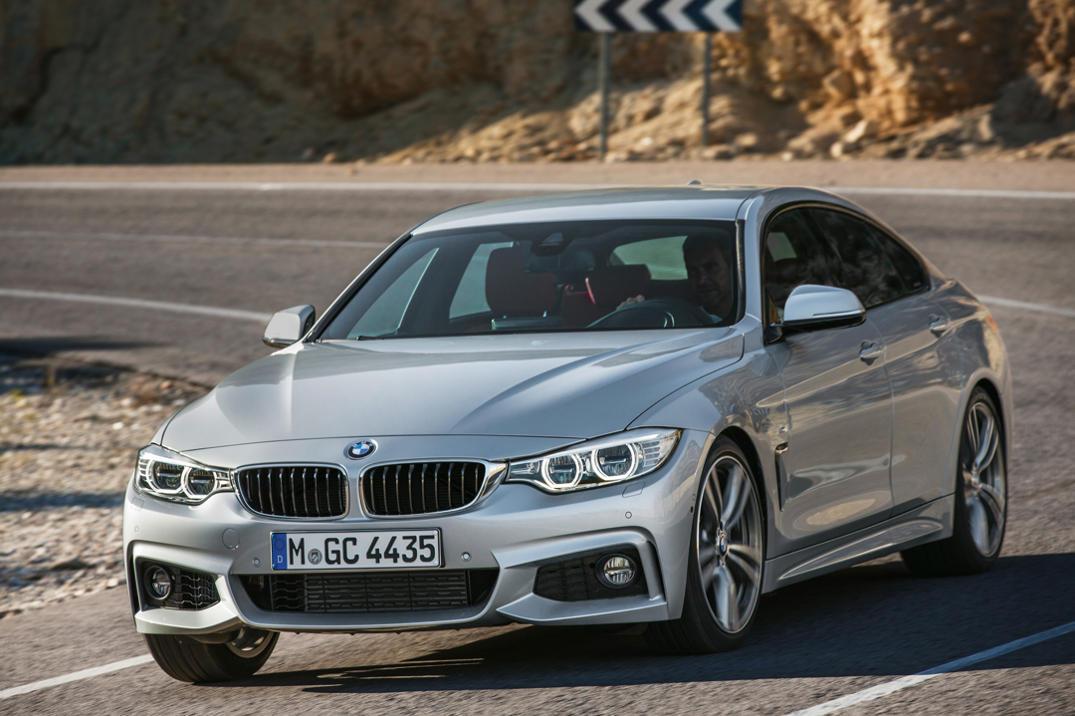 Some official images of the upcoming BMW 4 Series Gran Coupe have leaked online, showing off the sleek new four-door coupe version of the 3/4 Series. 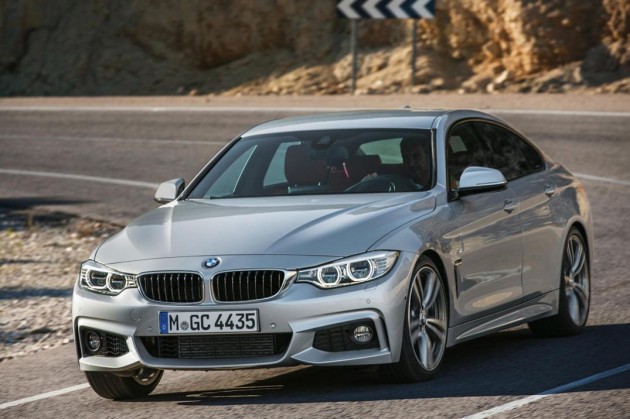 Set to join the range as a miniature 6 Series Gran Coupe, the new model will expand the 3 Series lineup to six different variants. It’ll join the 3 Series sedan, touring wagon, Grand Turismo, and the 4 Series coupe and convertible. 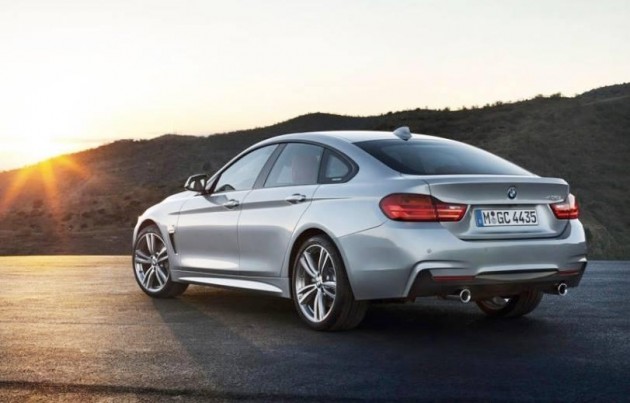 According to reports, the new model will showcase a lower roof height compared with the 4 Series coupe, by around 7mm, while the wheelbase is expected to be the same. The inclusion of rear doors might add around 100kg to the coupe’s weight as well (auto 435i: 1750kg).

It looks like it will come with pillarless doors, a neat little grille behind the front wheels, with the nose and rear end layout shared with the 4 Series coupe.

Judging by the ‘readiness’ of these images, a full official reveal may take place in the next few days.

BMW has officially revealed the new model. It’ll be available in three powertrain levels, including the 420d, 428i, and 435i, sharing engines with the respective 3 and 4 Series models.

The Gran Coupe also shares its dimensions with the two-door coupe, only the roof is 12mm higher and 112mm longer. The boot is also 35 litres larger, offering 480 litres in total. Inside, BMW is calling it a 4+1 seater, which means the middle seat space in the back is restricted.

In some markets, an xDrive all-wheel drive system will be offered for the 420d and 428i variants. These are unlikely to make it to Australia.