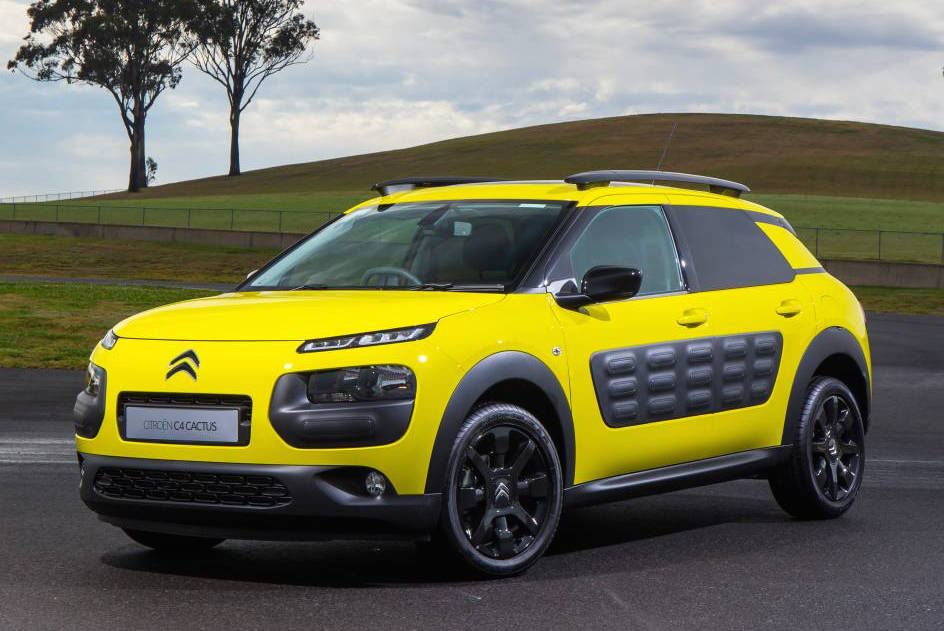 When the interesting new Citroen C4 Cactus goes on sale in Australia next year, prices will start at $26,990. It will come in both petrol and diesel forms. 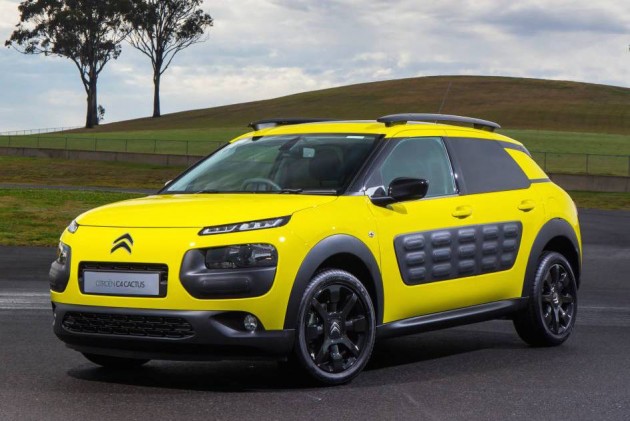 The Citroen C4 Cactus will definitely be one of the least conventional crossovers on the market when it arrives. It features special bump-resistant panels called Airbumps, which can absorb slow-speed bumps without damaging the metal panels.

Under the bonnet, local customers will be able to select between a 1.2-litre turbo-petrol three-cylinder producing 81kW and 205Nm, paired with a six-speed manual transmission. Automatic drivers will be offered a 1.6-litre turbo-diesel developing 68kW and 230Nm, matched to a six-speed auto.

Performance and fuel consumption figures are yet to be confirmed, however, in the regular Citroen C4, featuring similar 1.2 turbo and 1.6 diesel units, fuel consumption is around the 5.0L/100km mark or below.

Citroen Australia has had to modify the Cactus for Australian Design Rules. It gets an Australian-exclusive 60:40 split-fold rear seat with three top tether child seat anchor points (overseas markets get a single bench with two outer top tether points and ISOFIX).

Some of the other standard highlights include a 7.0-inch touch-screen interface with sat-nav, digital radio reception, a reversing camera, cornering fog lights, an 8.5-litre top storage box, and paddle shifters for the automatic diesel.

It’s all set to arrive in local showrooms in February next year. See below for starting prices (excluding on-roads):