Overtaking Lexus after its consecutive 11-year stint at the top, Jaguar has been crowned number one in the 2012 J.D. Power and Associates/What Car? Ownership Satisfaction Study in the UK. The company moved up from last year’s number three place. 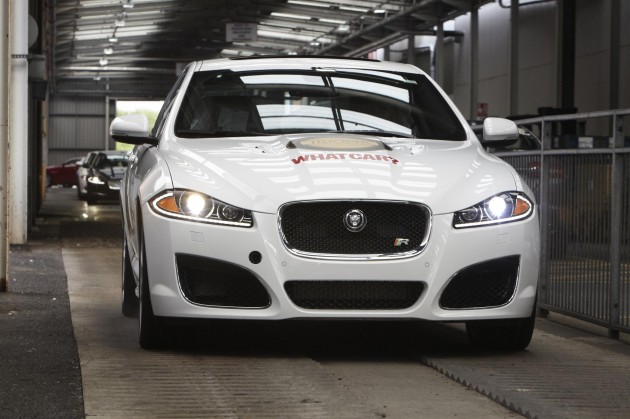 The study collected data from just under 18,000 UK motorists who have had their cars for an average of two years. The survey involves ratings on everything from design and comfort, to reliability and running costs, to overall performance and economy.

With the points stacked up, it was Jaguar that was clearly the most well rated, scoring 828 points out of 1000. This was followed by Lexus and Skoda, both scoring 801 points in the survey. 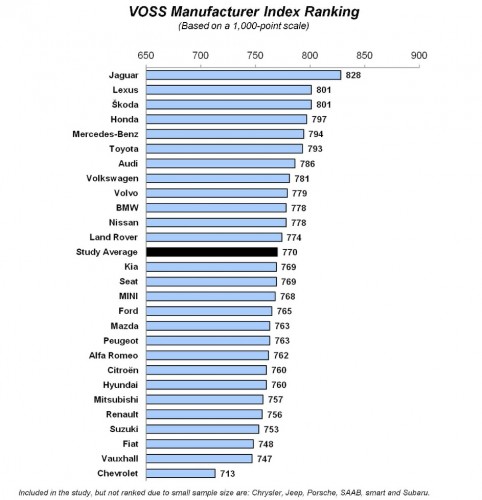 In 2011, Jaguar sold 13,787 cars in the UK, while from January through March this year, the company has already sold 4020. Around the world, Jaguar sold a total of 50,678 vehicles last year. With the new F-Type and XF Sportbrake wagon just around the corner, sales are expected to rise even higher.

Adrian Hallmark, global brand director at Jaguar Cars, recently spoke about the award and what it meant to Jaguar. He said,

“It’s tremendous to have such customer recognition of our commitment to delivering quality, technology and a world-class ownership experience. This is a huge accomplishment and a tremendous honour to achieve the Number One spot. Now we’re at this point, we will work with even greater energy to sustain this performance.”