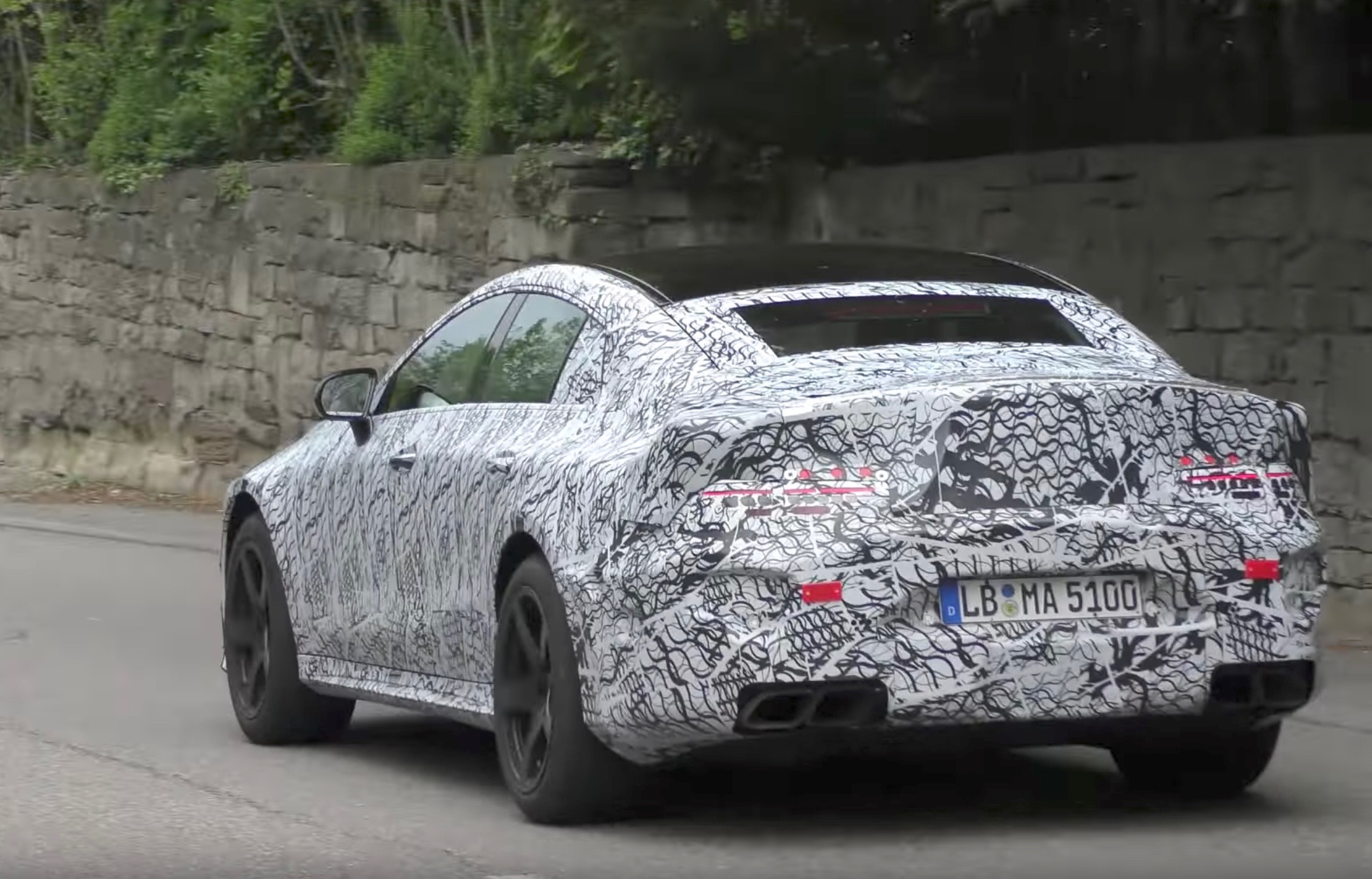 A prototype version of what is believed to be the much-rumoured and recently conceptualised Mercedes-AMG GT four-door has been spotted out and about, testing in Germany. 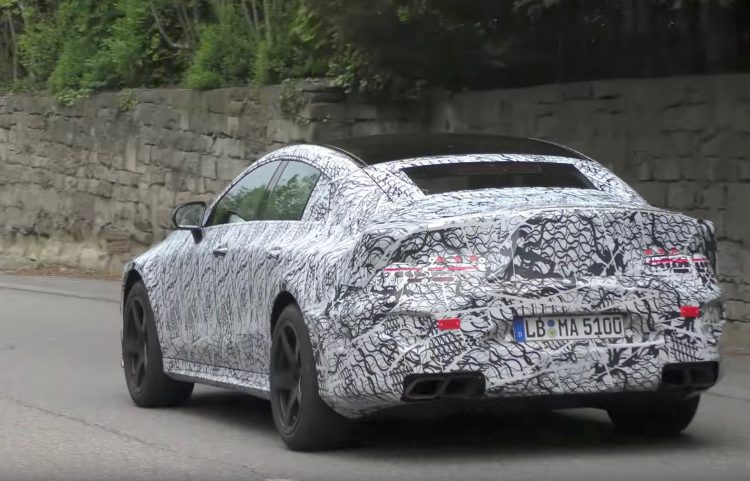 It’s been long-reported that Mercedes was planning to introduce a four-door version of the sexy GT coup; Mercedes even unveiled a concept version earlier this year to gauge the public’s interest. But now it seems the company is well and truly into the development phase.

Unlike the two-door GT though, which uses a bespoke platform, the four-door model is set to ride on the Modular Rear-wheel drive Architecture, or MRA. MRA is also used to underpin the E-Class and even the smaller C-Class and flagship S-Class. In this regard we can expect the four-door GT to share a number of major components with the E-Class, and more specifically the E 63 AMG.

Being a unique AMG-only model, the four-door GT won’t step on the toes of the outgoing CLS or incoming CLS – set to adopt the badge ‘CLE’ – as it isn’t likely to ever be offered with a diesel or less-than fire-breathing engine option. There has been talk of an AMG ’43’ version being launched further down the track, and the concept version did preview of a V8 hybrid developing a whopping 600kW. However, official confirmation is yet to be made.

We can probably turn to the latest E 63 AMG for some clues for the main powertrain. That comes with a 4.0-litre twin-turbo V8 producing up to 450kW. This is essentially the same engine that powers everything from the C 63, AMG GT, and up to the GT R and E 63.

It’s a bit hard to tell what the four-door GT will look like from the prototype alone, as it is packed with plenty of camouflage and disorienting cladding. You can just make out the muscular rear haunches, similar to those on the GT and on the concept, while the taillights also look familiar.

Around at the front there’s a distinctly pointed noise and a stiff upper lip, and the front wheels appear to be cradled in pumped out guards to give it more of a pouncing stance. Take a look below and see what you think.