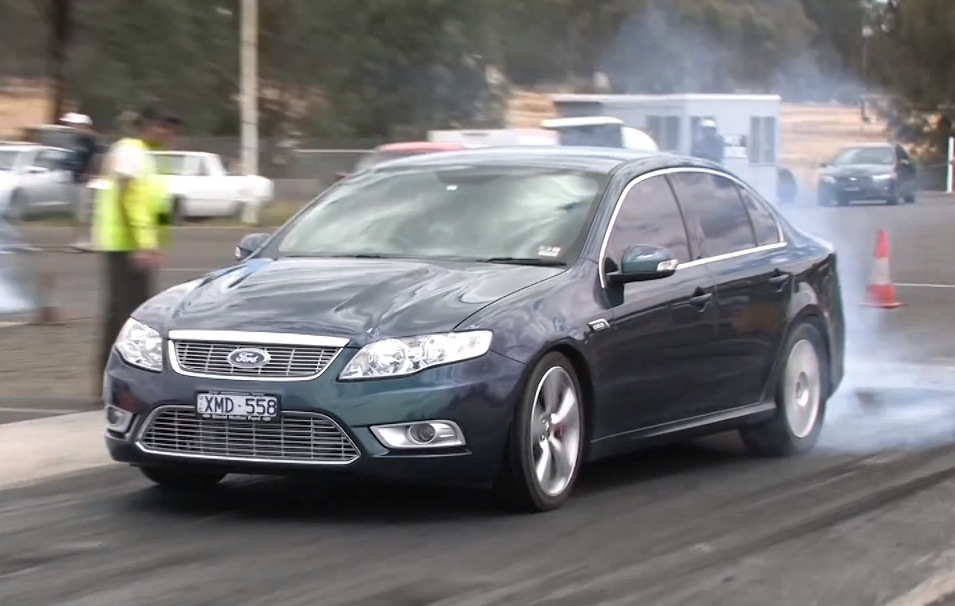 How’s this for a cool sleeper sedan. It’s an FG Ford Falcon G6E Turbo that produces 738hp at the wheels, capable of dusting off quarter mile times in under 10 seconds. 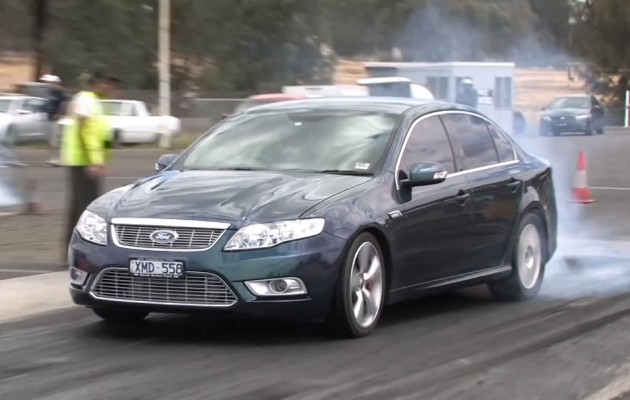 The friendly Falcon features a 4.0-litre turbocharged inline six that produces 270kW in factory form. With a GTX35/40 Garrett turbocharger running 28psi of boost, built by XR6 Turbo Developments, the car belts out 551kW at the wheels. This translates to around 620kW at the engine – more than double the factory output.

In other areas this unique G6E is fitted with an Eaton TrueTrac differential to ensure all of that power is distributed to both rear wheels, with a stage 3 heavy duty Kewish-Auto-tuned six-speed auto providing the speed and quick gear shifts.

Aside from the serious powertrain modifications the Falcon looks pretty much like it just drove out from the showroom. The body is standard with all factory trims and details. About the only thing that sets this beast apart from the original is the set of wheels and Mickey Thompson street radials on the back.

The car is road registered and is road legal. In other words, this is not a Falcon that you should mess with at the traffic lights. On the drag strip it recorded a 9.9-second run at 228km/h. Check out the video below to see how it goes.