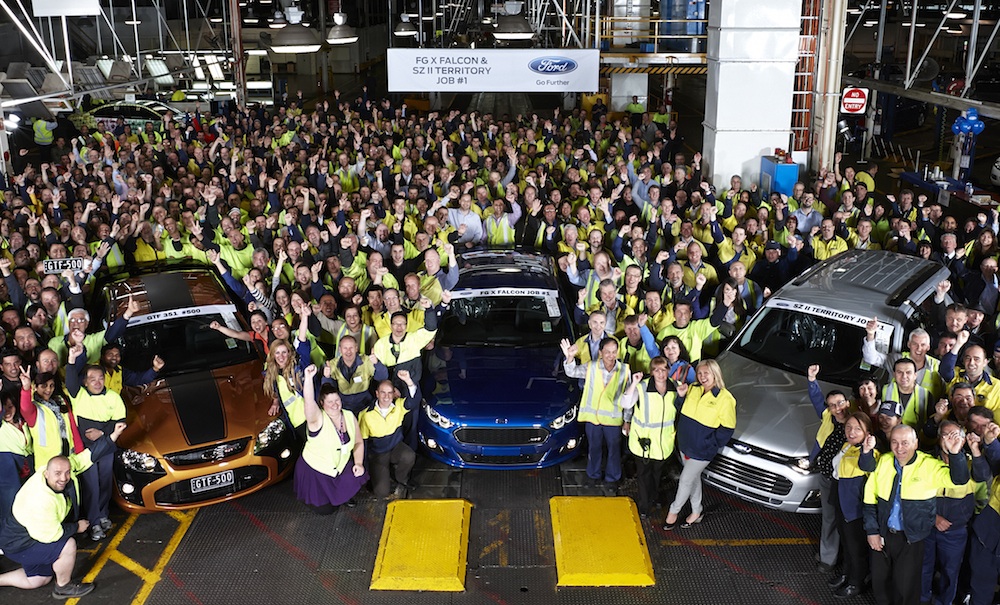 Production for the 2015 Ford Falcon FG X and Territory has kicked off at Ford’s Broadmeadows Plant 1, officially marking the beginning of the last ever Falcon to be built on Australian soil. The large sedan will retire in 2016, with its longtime rival the Commodore following suit the year after. 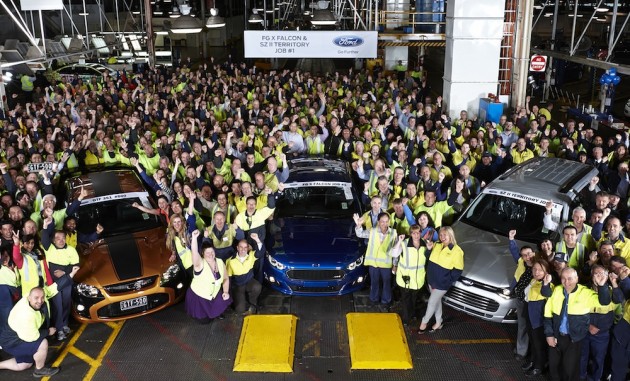 All Falcon FG X models come with the latest SYNC2 in-car connectivity which includes digital radio and emergency assist, as well as voice control for audio and navigation. Front parking sensors, rear camera with static overlays, and twin antennas for improved audio quality are also standard across the board.

Ford has used new seat fabric and leather for all models, and has updated cluster graphics for a more modern look. New themes have also been appointed with XR and G6E Turbo sporting a darker ‘Shadow’ upper environment, and Falcon and G6E featuring a lighter ‘Limestone’ appearance.

Standard features on the XR6 include a leather-wrapped steering wheel, prestige audio system, sportier instrument cluster, while jumping up to the XR8 adds leather seats, and a punchier nine-speaker stereo with an amplifier and sub-woofer.

On top of the new features Ford has made fuel efficiency gains and has also enhanced comfort and driving performance. Falcon and Territory vehicle line director David Wilkinson commented,

“This is a significant story for our customers. Achieving good fuel efficiency in modern cars is inherently more challenging because of added weight from contributing things like extra features and added safety equipment.

“The extensive use of high-strength light-weight steels in the 2014 Falcon helps but the further refinement of the powertrains is testament to the continual process of improvement being done here at Ford. The in-line six cylinder engine in the Falcon is recognised as one of the most refined six cylinder engines around with a great balance of smooth power and fuel efficiency.”

This week has also seen the new Falcon-based Territory SZ MKII begin production. Both the Territory and Falcon FG X will be available in dealerships from December 1. Prices for the Falcon start from $35,900 and $36,990 for the Territory (both excluding on-road costs).