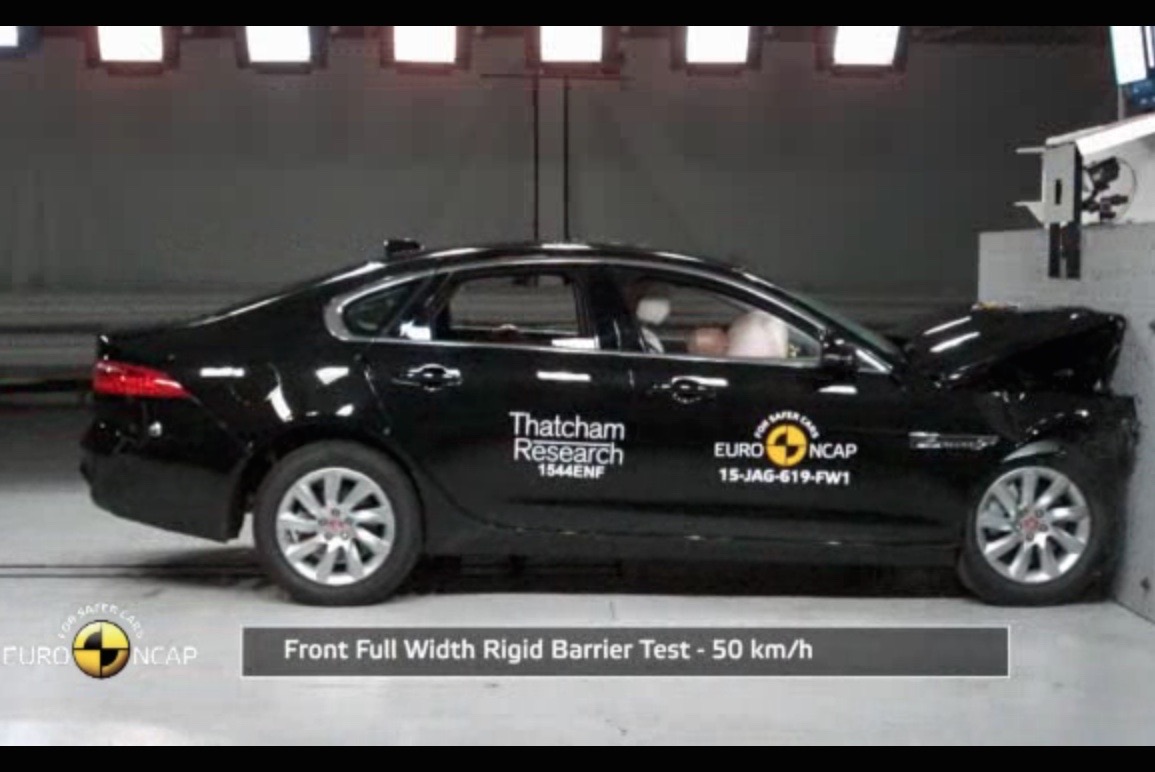 The latest Jaguar XF and the all-new Jaguar XE have been crash tested by Euro NCAP and have been awarded the full five-star safety rating. 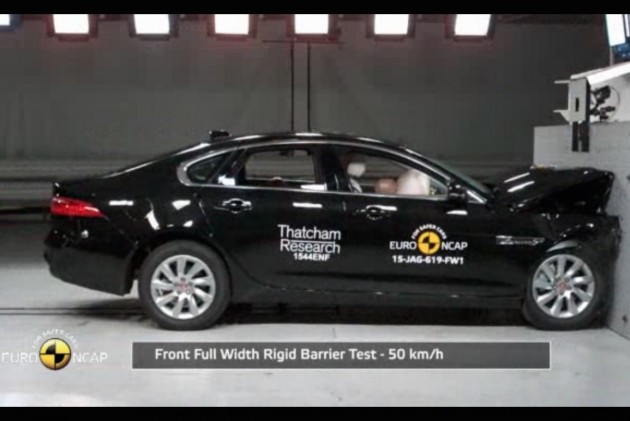 Up until now the safety of the new XE has been unknown in terms of credible crash safety testing. ANCAP has given the previous XF a four-star rating, carried over from testing results from Euro NCAP. ANCAP is yet to test the smaller XE but the scores from this latest NCAP result are expected to be carried across soon.

NCAP said the new XF passenger compartment remained stable in the frontal offset test, with dummy readings indicating “good” protection of the knees and thighs for both front passengers. The XF was given an overall adult passenger safety score of 92 per cent, and 84 per cent for child safety.

As for the new XE mid-sizer, it received a score of 92 per cent for adult passenger safety and 82 per cent for child safety. NCAP said the XE remained stable in the frontal offset test as well, receiving maximum points in the side barrier impact. The severe pole test provided “adequate” chest protection.

Both the XE and XF are fitted with autonomous emergency braking technology as standard in Europe, which also contributed to the high safety rating. This technology is only available as an option on some models in Australia.