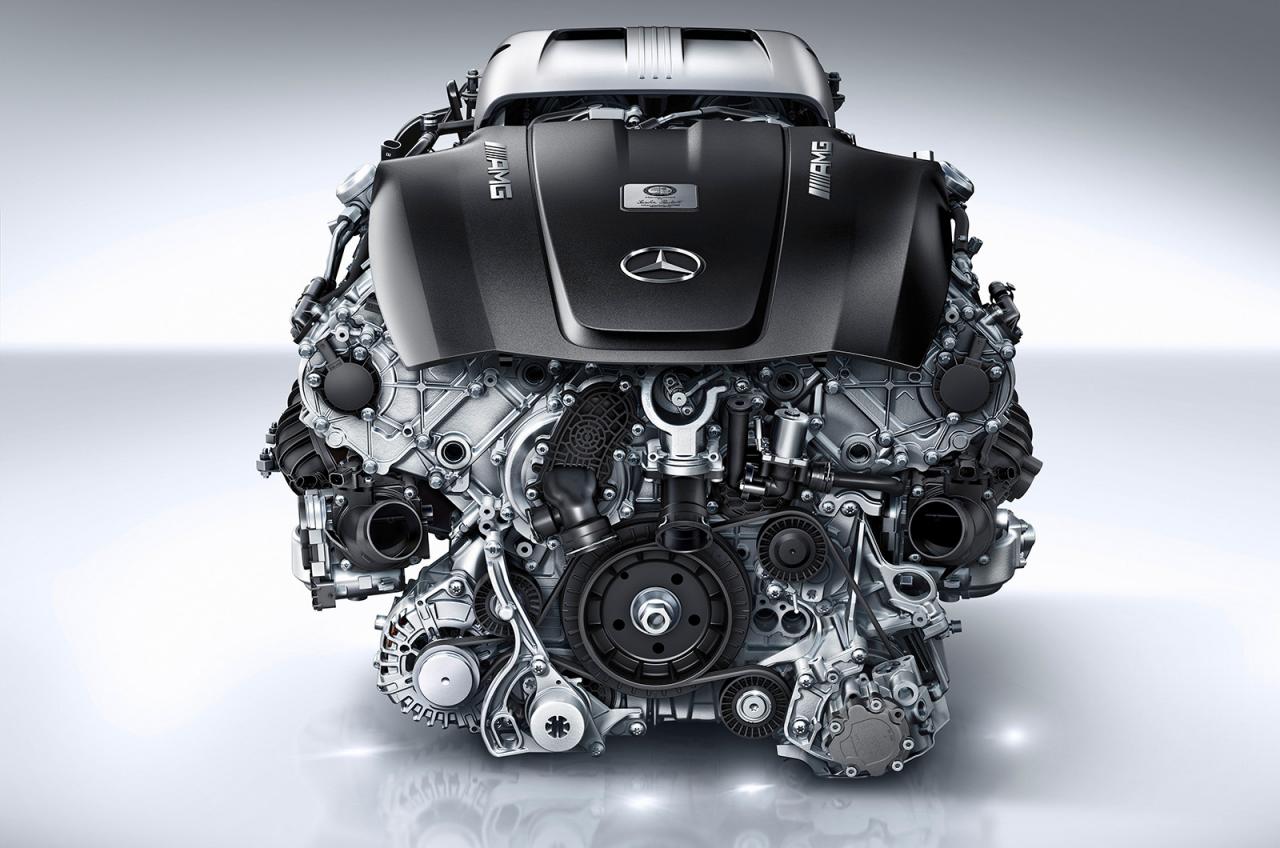 Mercedes-AMG has revealed the new 4.0-litre engine that will power the upcoming GT sports car. It will likely be used in other upcoming Mercedes-Benz AMG vehicles later down the track. 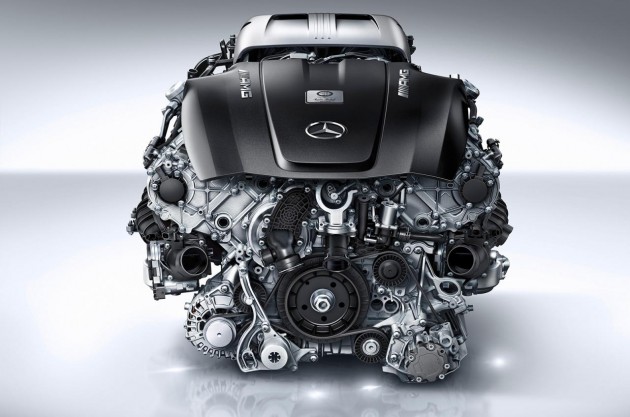 Average consumption figures haven’t been released, however, it does pass Euro 6 emissions regulations. This means it’s healthy enough to live on for around five years in its current state.

Mercedes-AMG has worked in twin overhead camshafts and flow-optimised heads made from zirconium alloy. The metal is ideal for temperature and thermal conductivity.

Inside, the cylinder walls are lined with a nano-slide coating to reduce friction losses, and to ensure the engine is always primed with oil it uses a dry-sump lubrication setup similar to a race car.

The German company hasn’t revealed any performance figures for the GT with this engine. It will be light in weight and the engine itself weighs 209kg, which is not bad for a twin-turbo V8.

With the next-gen Mercedes-Benz C 63 AMG ready for a new engine, this 4.0-litre unit is expected to make its way under the bonnet. It will debut in the GT though during the start of 2015.