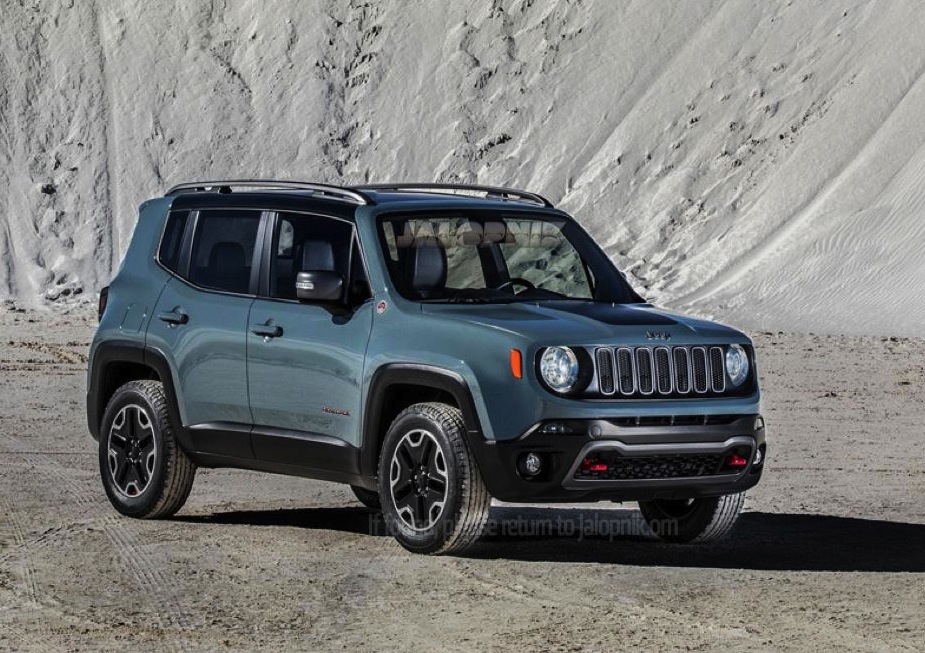 What appears to be an official image of the upcoming 2015 Jeep Renegade has made its way online, revealing the Fiat 500L-based junior SUV for the very first time. 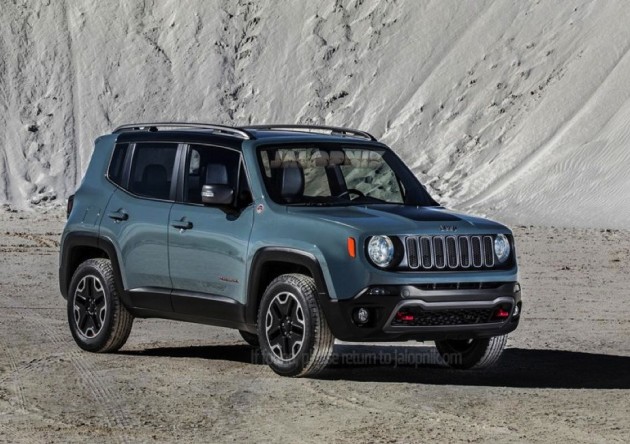 The industry has been talking about the new model for quite some time now. It will become Jeep’s smallest and cheapest model when it hits the market next year, stepping into the increasingly popular compact SUV market sector.

Under Fiat’s ownership, it’s believed the new model is based on the Fiat 500L. A Fiat version is also on the horizon known as the 500X, sharing a similar sort of theme and similar proportions.

In terms of specifics, not much has been uncovered at this point other than the exterior design thanks to this image first picked up by Jalopnik.

As you can see it takes on the company’s trademark vertical front grille, while also showing off some black flared guards, muscly wheel arches, and lots of black highlights. We think it looks funky and fun for a little off-roader

Expect an official debut some time in the very near future, potentially at the Geneva show this week.