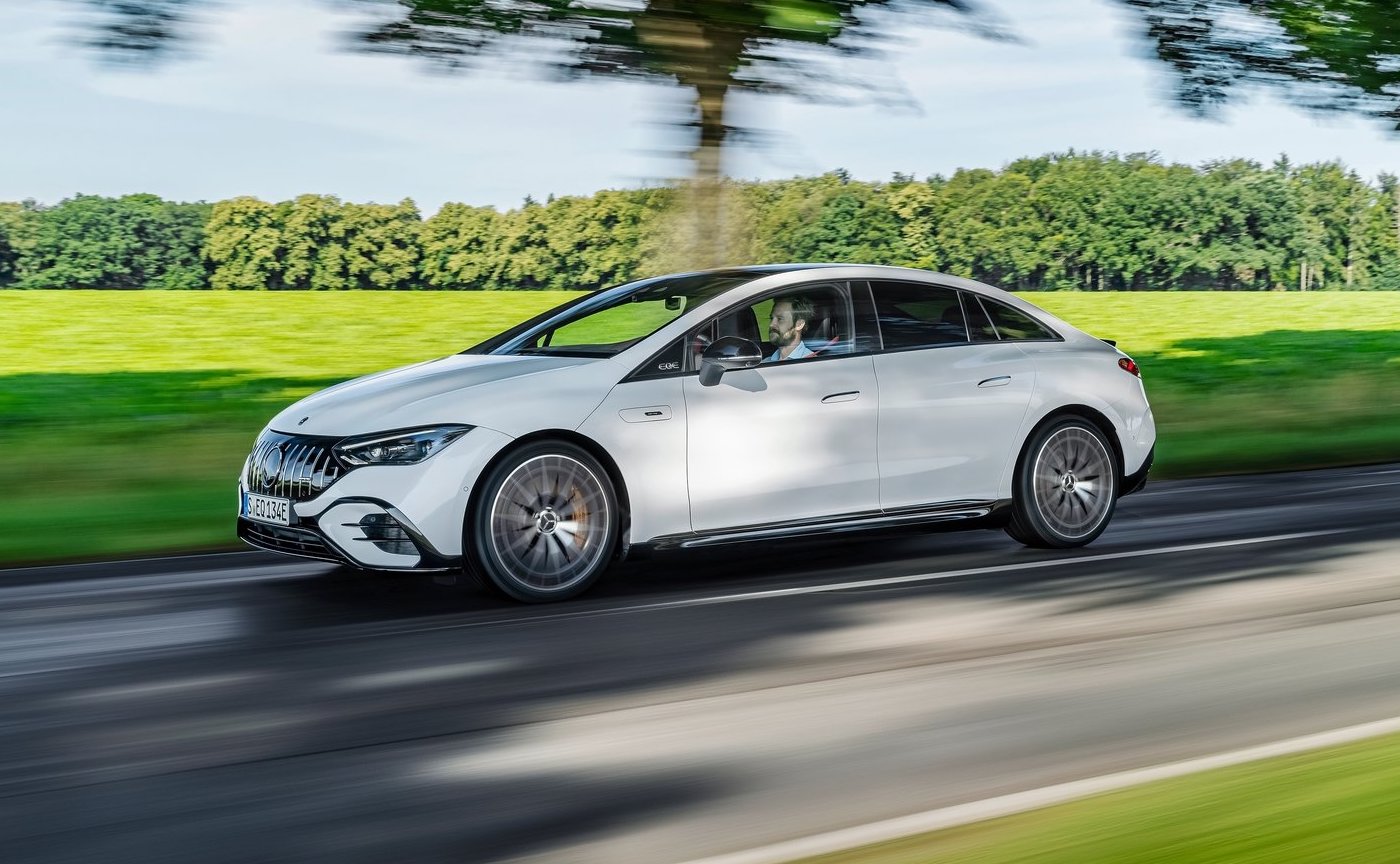 Mercedes-AMG has taken the wraps off two high-performance variants of its all-electric EQE sedan, with the EQE 43 4MATIC and flagship EQE 53 4MATIC+. 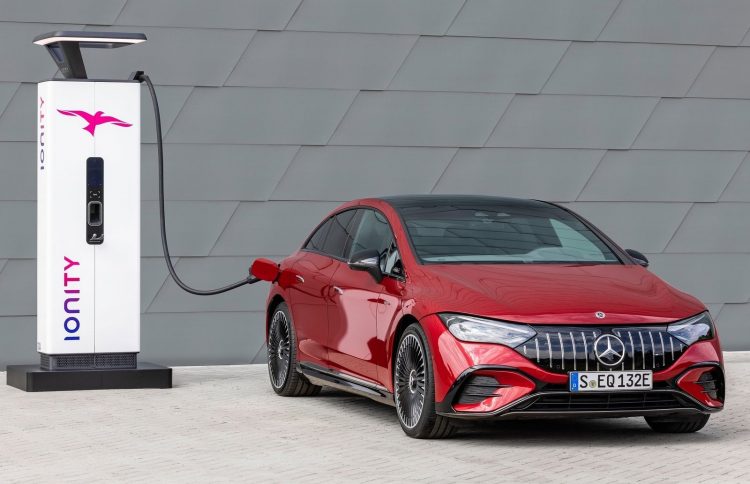 The new AMG EQE variants add to the performance credentials of the EQE that was originally unveiled as a new “business avant-garde”, with two performance offerings available featuring a dual-motor configuration.

First, the EQE 43 4MATIC receives a pair of e-motors over the front and rear axles producing a combined 250kW/858Nm. This is enough, according to Mercedes, to cover the 0-100km/h sprint in 4.2 seconds, onto a limited top speed of 210km/h.

Stepping up to the range-topping EQE 53 4MATIC+ brings the combined power output to an impressive 460kW while bumping the torque figure up to 950Nm, translating to a 0-100km/h sprint in 3.5 seconds. 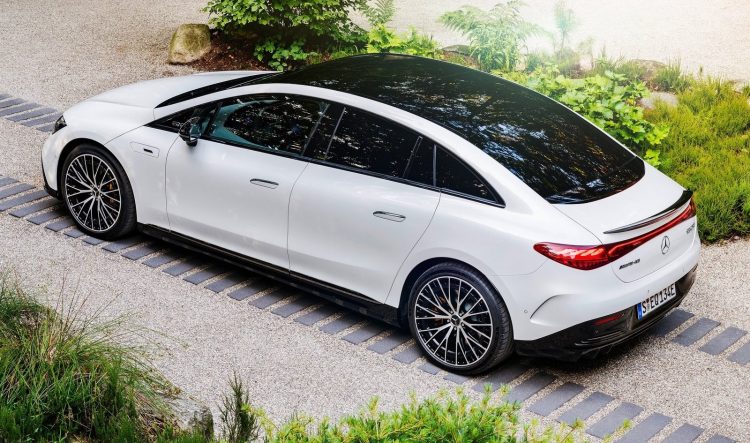 If that’s not enough power for you, Mercedes is also offering the EQE 53 4MATIC+ with an optional AMG Dynamic Plus package, which increases power to 505kW, with torque boosts up to 1000Nm, shaving two-tenths off its 0-100km/h time so it’s down to 3.3 seconds. The package also adds an acoustic package that gives the EQE a futuristic, high-performance engine note.

In terms of batteries, both variants come fitted with a 90.6kWh lithium-ion battery pack and regenerative braking system that can capture up to 260kW of energy created during braking. The pack translates to a claimed 533km driving range in the EQE 43 – on the WLTP cycle – while the flagship EQE 53 4MATIC+ is rated at 518km.

The pack can be DC fast-charged at speeds up to 170kW, offering 180km of range in around a quarter of an hour, while standard AC charging speeds are capped at 11kW. This can be increased up to 22kW if buyers tick the box for Mercedes’s optional extras list. 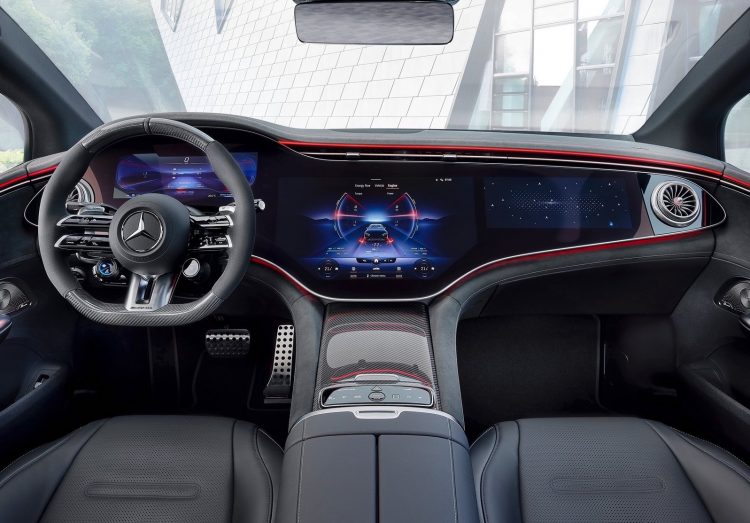 Both EQE variants come riding on a set of 20-inch AMG alloys as standard which are given the Michelin Pilot Sport EV tyres, with stopping power provided by 415mm front, and 378mm rear discs brakes. Buyers can opt for a carbon ceramic brake package for the 21-inch wheel option as well.

The EQE range comes fitted with AMG’s Ride Control+ system, that features adaptive damping and a rear-wheel steering setup to increase agility in and around town.

Inside, the interior retains the futuristic lounge room aesthetic headlining the standard EQE, with some added contrasts, an AMG steering wheel and, of course, more carbon than you can shake a stick at to emphasise its sporty design brief. 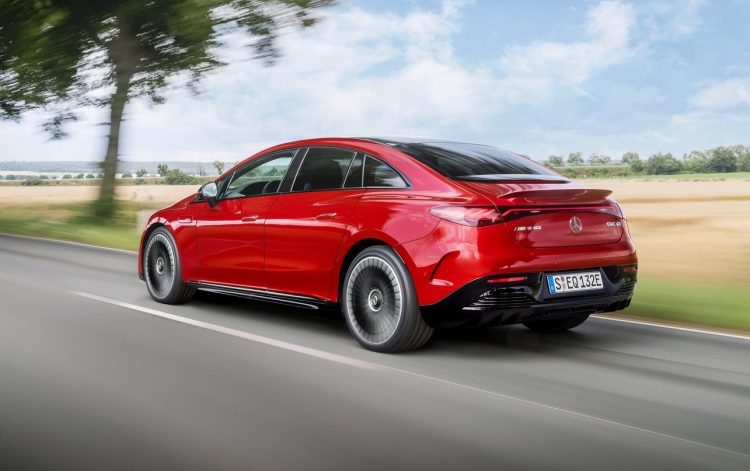 The cockpit features an array of screens that have been mated together to create one seamless panel, with a 12.3-inch driver’s display connecting to the central 17.7-inch infotainment system, while there is an optional extra to complete the door-to-door screen with a passenger-side 12.3-inch display.

Mercedes is yet to confirm exactly when we’ll see the performance EQE range arriving here in Australia, however, it is expected to arrive some time later this year.