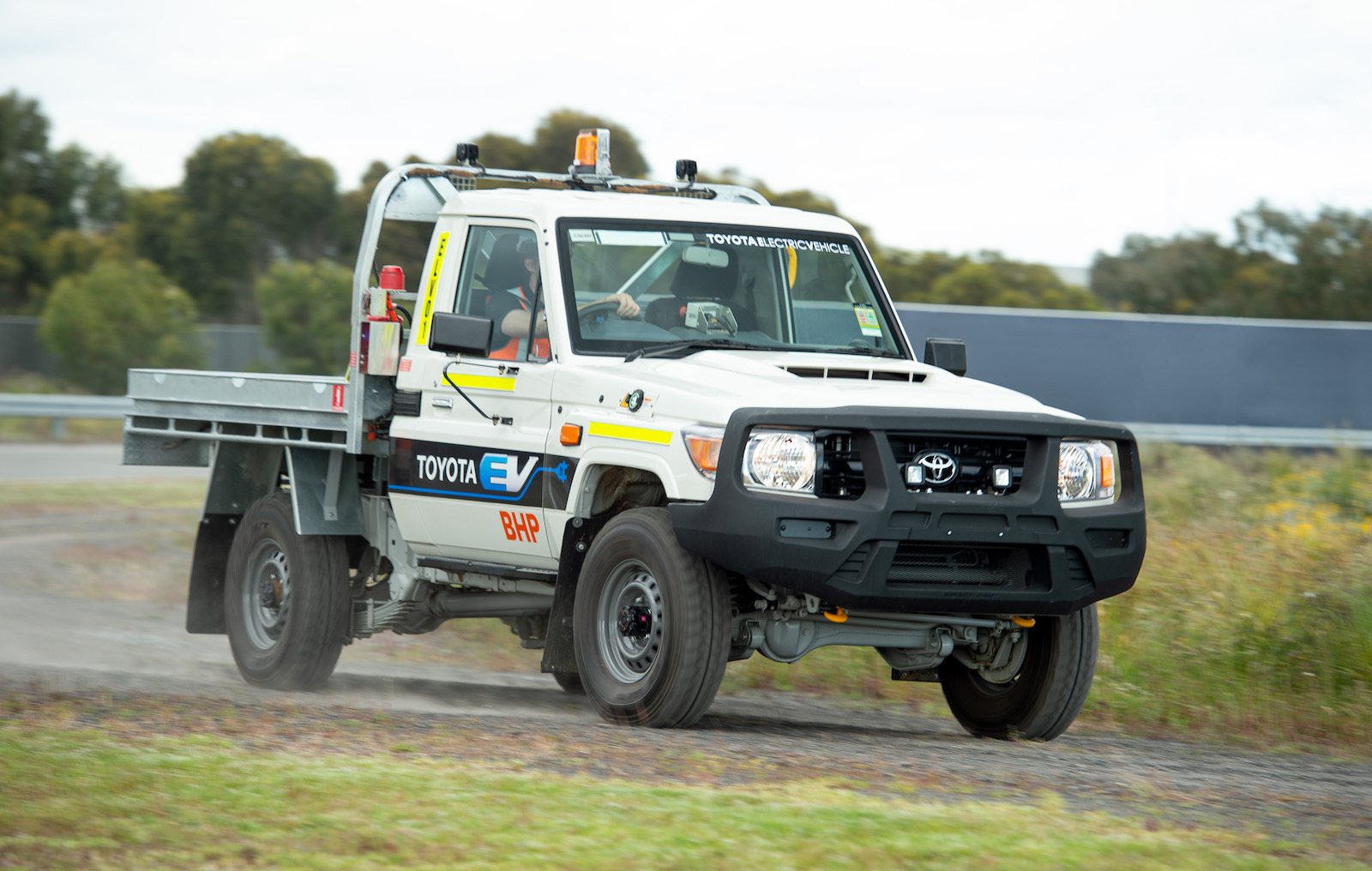 It’s one of the oldest new cars on the market, the Toyota LandCruiser 70 Series. But what about an electric one? Does that make it modern? Well, Toyota Australia and resource giant BHP have teamed up to trial such a contraption. 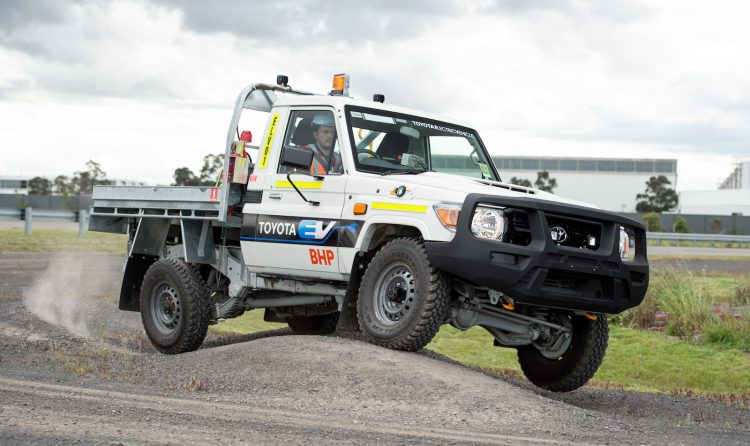 The two companies have teamed up to build a special electric version of the trusty 70 Series, which will be used at a BHP mine site in Western Australia to test the technology for potential future use. Both companies – like almost all – are striving to reduce emissions, and for BHP reducing the emissions of its light vehicle fleet could be a big step.

It all started with a 70 Series single-cab ute which was converted to a fully electric powertrain by Toyota Australia’s product planning and development division in Melbourne. That means the 4.5-litre turbo-diesel V8 is gone, and no fuel at all is required to operate the vehicle. It’s also been fitted with necessary gear for underground mine use. 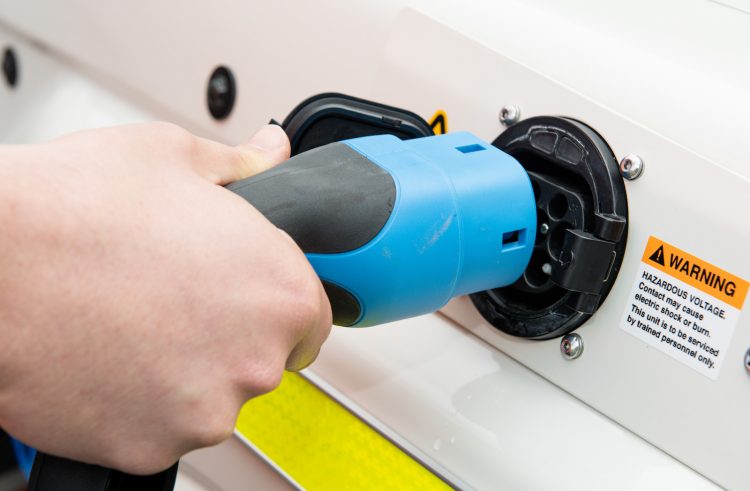 Specifications haven’t been disclosed, however, a closer look at the vehicle in the images shows no major changes in terms of the live axle suspension and general appearance. It also looks like much of the heavy-duty off-road capability is retained from the regular model too, even soaking up water crossings just fine. Speaking about the project, Eddy Haegel, asset president at Nickel West BHP, said:

“This partnership is another step in our ongoing studies into how we can reduce the emissions intensity of our light vehicle fleet. We anticipate seeing a reduction in fuel and maintenance costs, in addition to a reduction in noise, heat, and diesel particulate matter.” 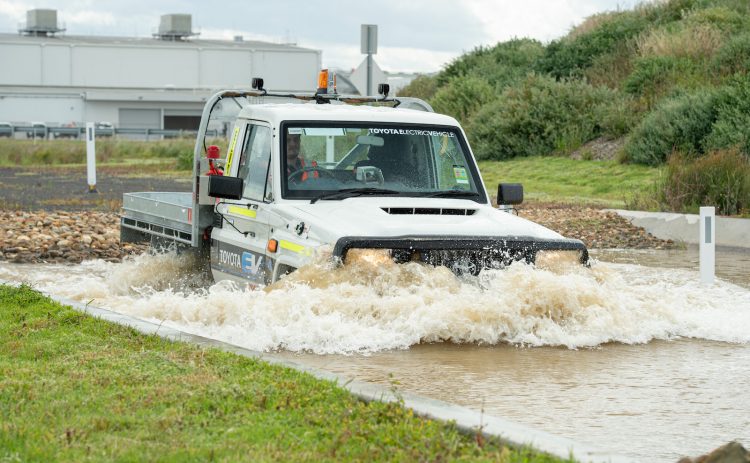 BHP’s goal is to reduce its operational emissions by 30 per cent by 2030, and swapping to an electric vehicle fleet could be a great way to assist in achieving that goal. Haegel said:

“The battery in the Toyota EV Landcruiser also contains a high proportion of nickel. With Nickel West being both a battery raw material producer and consumer in the electric vehicle market, it is a terrific opportunity to support Toyota with their understanding and development of electric vehicles for the mining industry, whilst also reducing the carbon footprint from our own nickel operations.”

Unfortunately for us regular diehard ‘Cruiser fans looking to get themselves an electric 70 Series, Toyota Australia does not currently have plans to release one on the market.