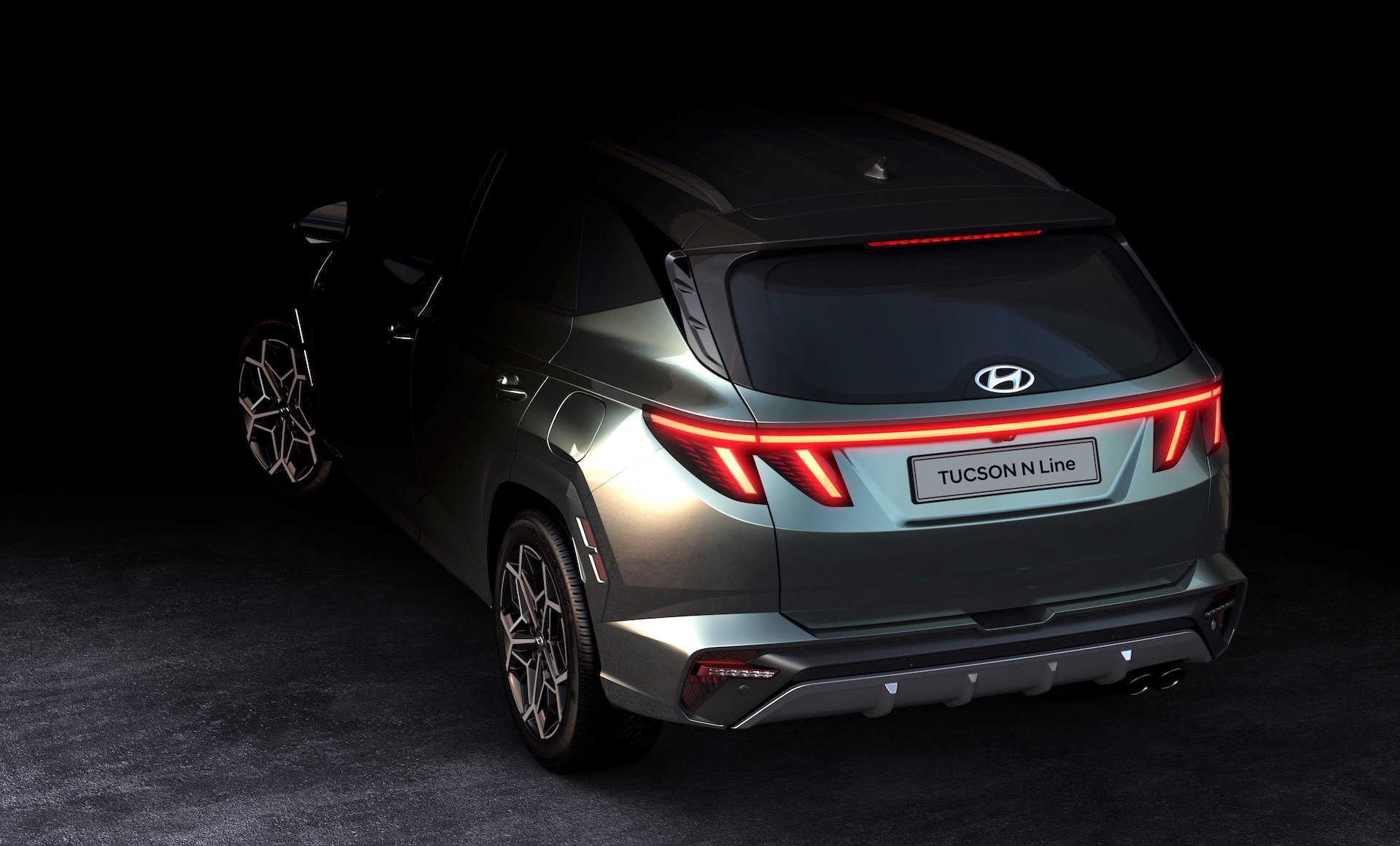 Hyundai’s sporty N performance division is crunching out more and more tasty products, and off the back of those are the intermediate N Line variants. The latest to join the ranks is this, the new Tucson N Line. 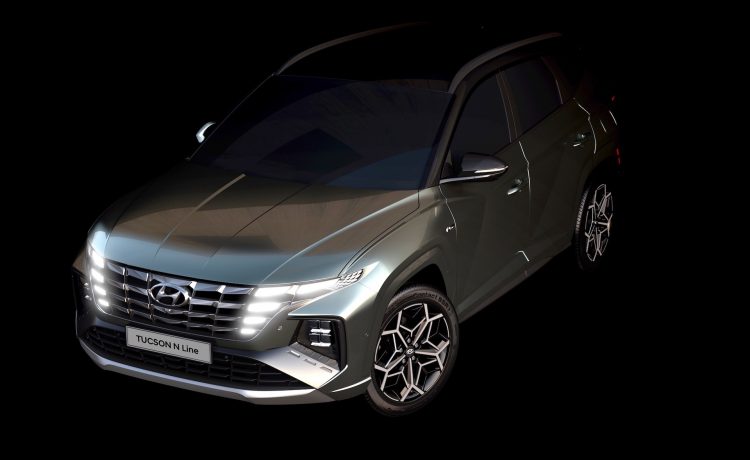 The all-new, fourth-generation Tucson made its debut just a couple of months ago, showcasing a sharp new design, inside and out. Well, the N Line package takes those sharp foundations and polishes them for an even more precise edge.

As per the usual N Line recipe, the new Tucson N Line is garnished with a unique aero package including an extended front apron, side skirts, and a nice diffuser at the back. From the rear, in particular, it looks convincingly sporty, with a contrast spoiler up near the roof and a twin-outlet exhaust topping it off. 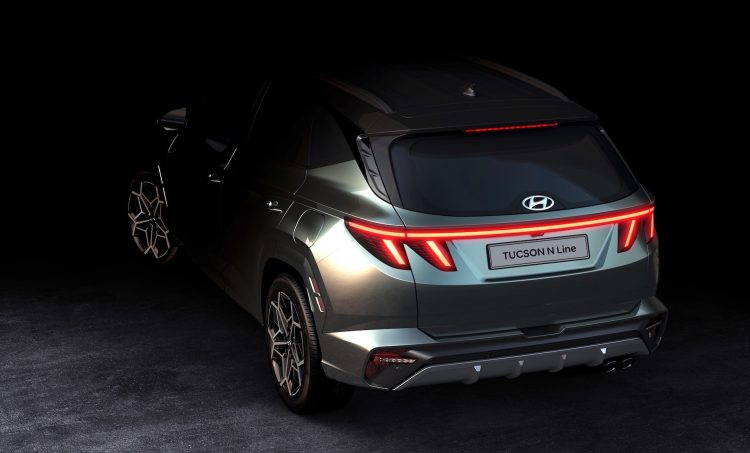 No details have been mentioned regarding the hardware, but we suspect the N Line will come with the 1.6-litre turbo-petrol four-cylinder producing 150kW and 275Nm – considering the upcoming Kona N Line develops 145kW. At the moment the Tucson is only available with the 130kW tune.

There’s also the chance the new 2.5-litre turbo from the Sonata N Line could be introduced, however, we’re guessing that could be reserved for any potential ‘Tucson N’ high performance model in the future. Sports suspension and brakes might also be part of the N Line package.

Hyundai Australia says it is planning to launch eight new N and N Line models by the end of 2021, including this Tucson N Line during the first half of the year. Other models will include the i20 N, updated i30 N and Sedan N, and the Sonata N Line and Kona N Line.