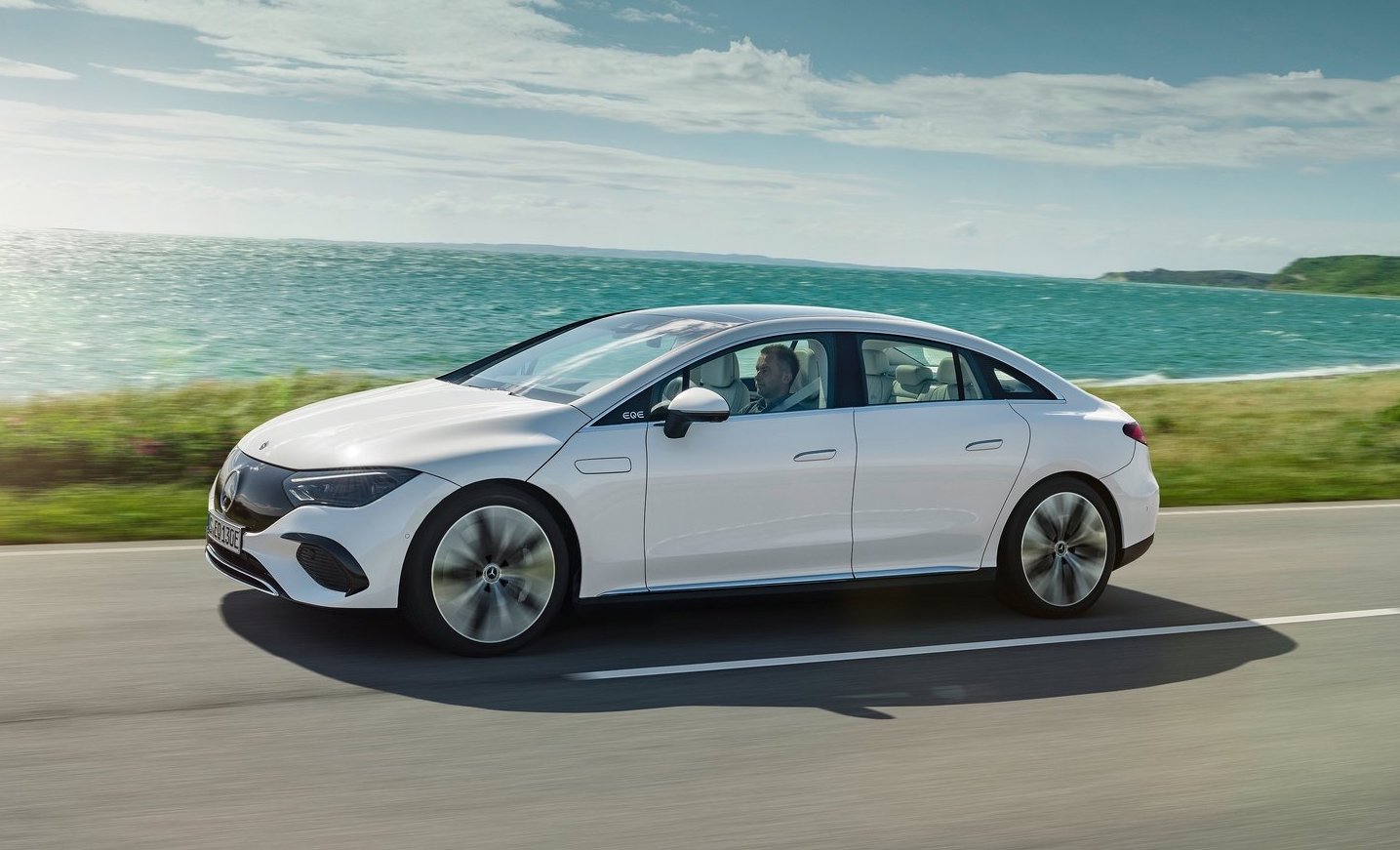 Mercedes-Benz has taken to the stage at the IAA Mobility event in Munich to unveil its latest all-electric luxury sedan, the EQE, which is basically the future of the E-Class, packed with a heap of next-generation tech and a range of up to 660km. 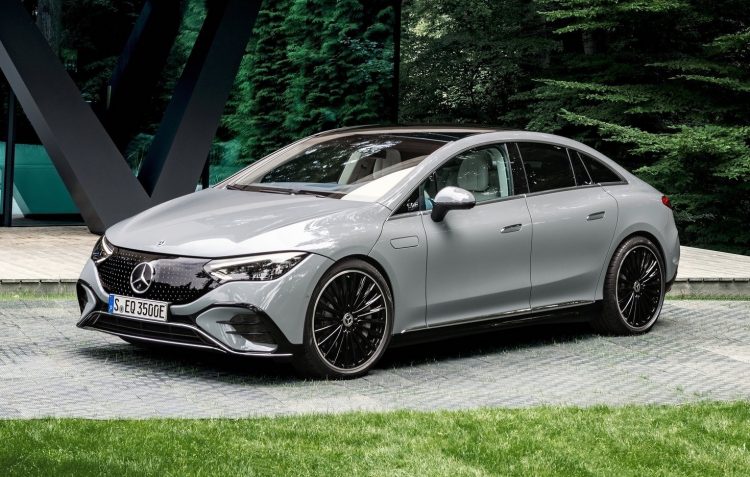 The EQE is shorter and more compact than the flagship EQS, with Mercedes saying it mirrors the dimensions of the CLS, with a 3120mm wheelbase and interior space that exceeds what’s offered in the current-generation E-Class. Overall, it measures in at 4946mm long, 1961mm wide and 1512mm tall, and features the entirety of the design language used on the EQS that emphasises round edges in a familiar yet futuristic aesthetic. 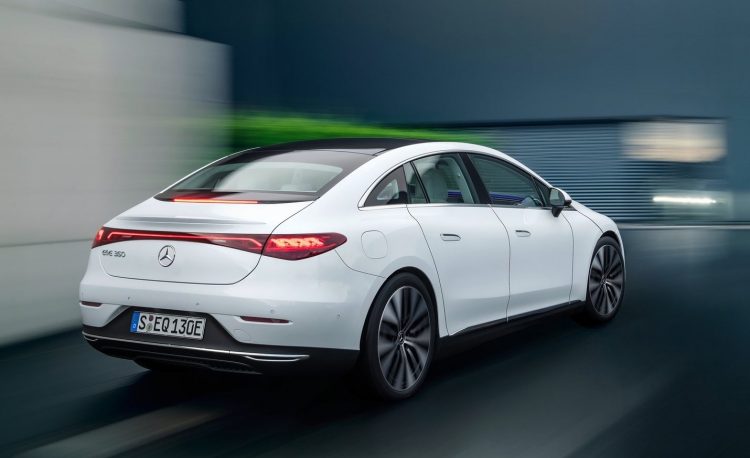 Mercedes says the EQE lineup will feature two variants, with the EQE 350 producing 215kW and 530Nm, with a useable lithium-ion battery capacity of 90kWh translating to a 660km range on the WLTP cycle. The company says that a second EQE variant is set to be unveiled soon, and a flagship performance AMG variant producing 500kW is also on the cards.

The e-motor is mounted over the rear axle, while the follow-up variant will receive an additional electric motor offering an electrified version of Mercedes’s 4MATIC drivetrain. Air suspension and rear-wheel steering are also being offered as options for the EQE 350. 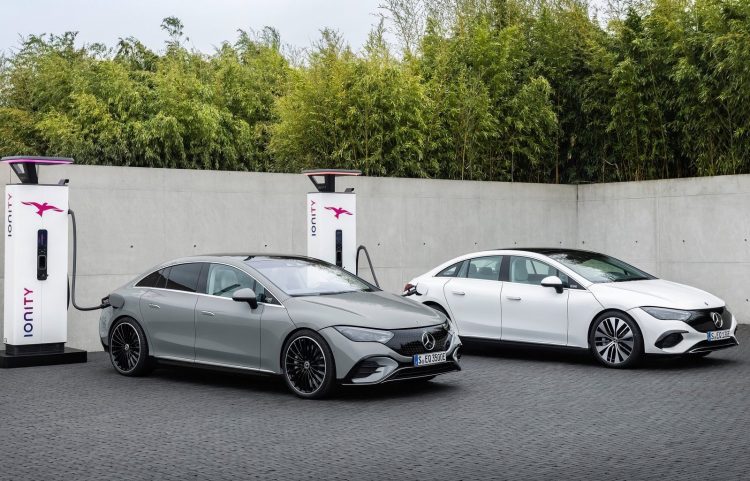 The battery pack can be charged at rates up to 170kW using a DC fast-charger, which adds 35.55kWh, or around 250km of real-world range in the space of just 15 minutes.

The massive MBUX Hyperscreen that made its debut on the EQS is being reserved as an optional extra for the EQE as well, comprising of a curved 141cm screen that uses high-temperature moulding for a seamless, curved effect. 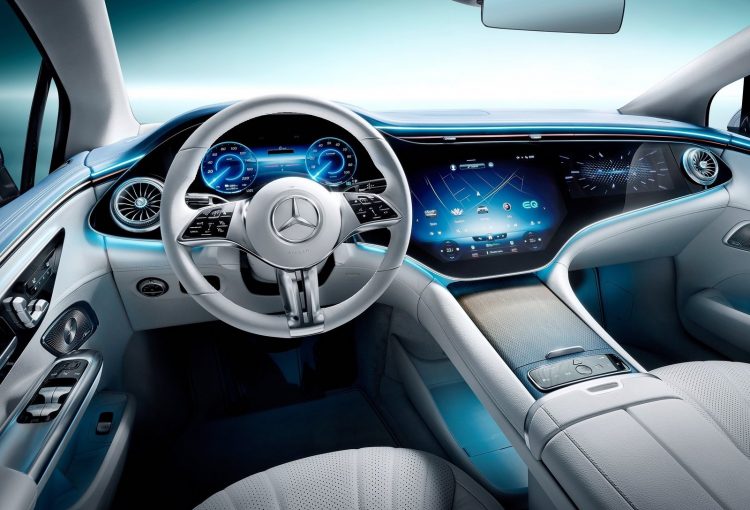 Mercedes says the EQE will be launched in mid-2022, with production for the world market taking place in Bremen, and Beijing for the Chinese market.

The company has not yet confirmed prices for the EQE 350, but considering the EQS is expected to be priced from around $300,000 here in Australia, we’d suggest the EQE will be priced in the mid-to-high $100,000s.