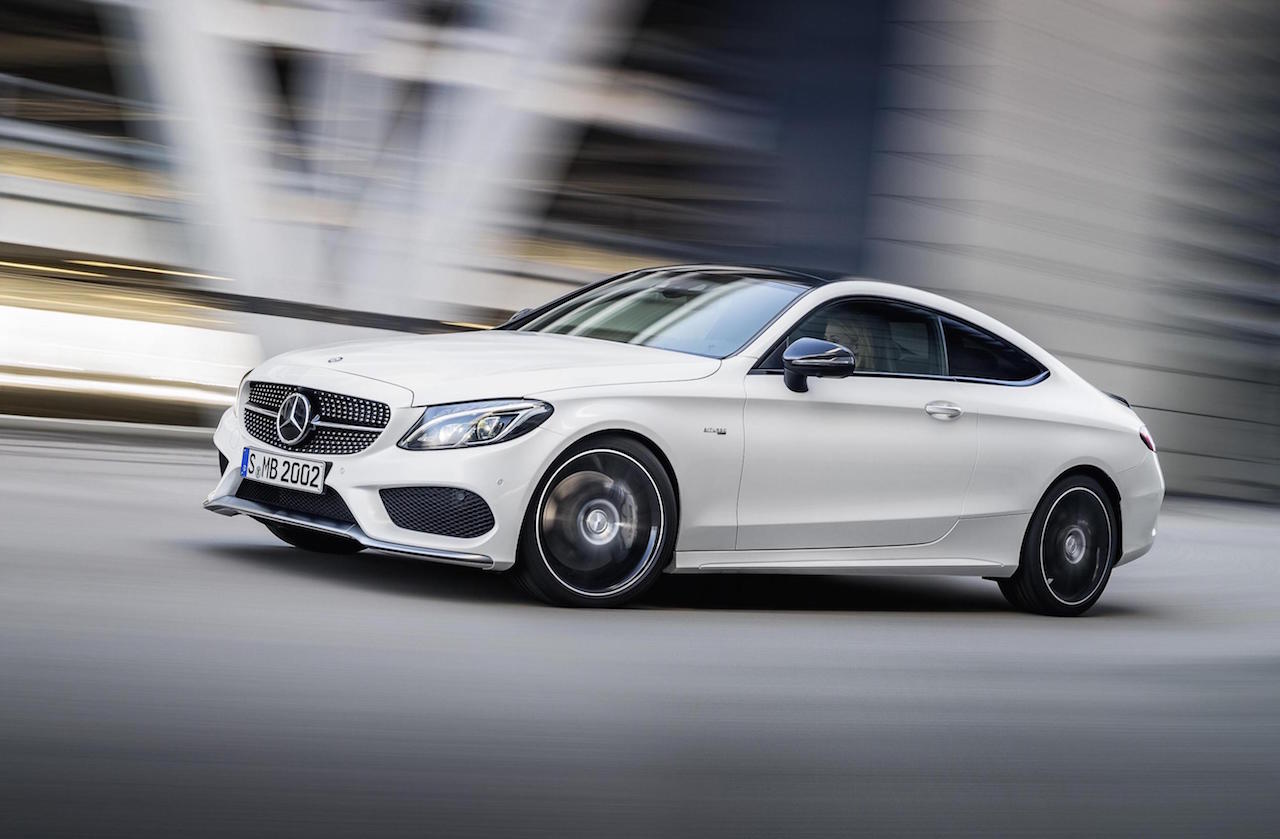 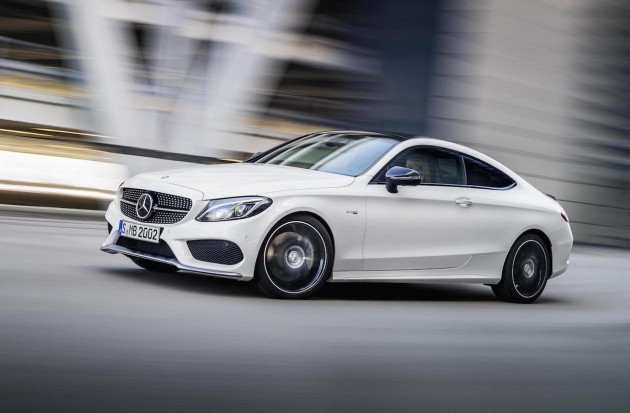 This is the company’s new sports coupe that sits just below the fully-fledged V8 AMG model. It comes in under the brand name Mercedes-AMG and has been developed by its sub-brand called AMG Performance.

In the engine compartment sits a 3.0-litre twin-turbo V6 engine producing 270kW of power between 5500-6000rpm, and a strong 520Nm of torque between 2000-4200rpm. This is connected up to a nine-speed automatic transmission and rear-biased 4MATIC all-wheel drive system (31:69 front:rear torque distribution).

Out on the tarmac the C 43 coupe is able to cover 0-100km/h in just 4.7 seconds, making it a seriously quick contender in the sports premium mid-size coupe market. The top speed is limited to 250km/h. Despite the cracking acceleration, fuel economy on the average cycle is rated between 8.0-7.8L/100km. 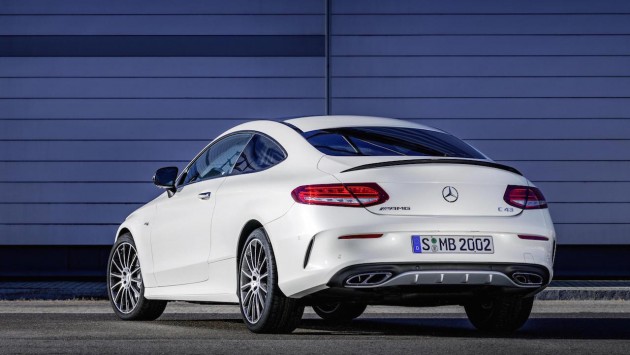 Speaking about the new coupe, which is likely to be joined by a cabriolet version soon, Tobias Moers, Mercedes-AMG chairman, said:

“The ‘43’ models boast the characteristic AMG genes, which are also included in our GT and ‘63’ vehicles, and thus consistently interpret our brand essence of ‘Driving Performance’ in their segment.”