According to international word, Ford is planning to unveil the new 2013 Ford Mustang Shelby GT500 convertible at the 2012 North American International Auto Show, starting next Monday. 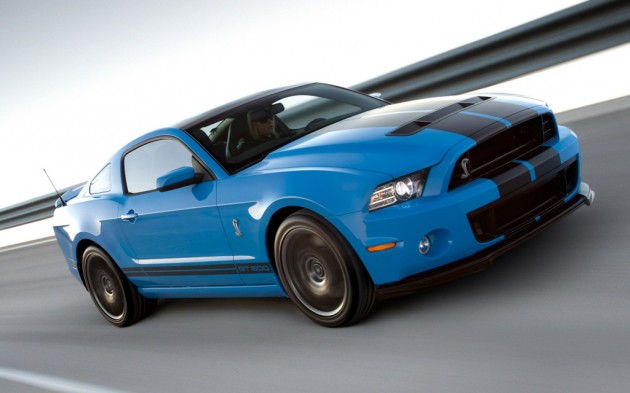 This will be the drop top version of the awesome new Shelby GT500, with its 5.8-litre supercharged V8 that produces a colossal 485kW of power and 813Nm of torque – an engine unit we’re hoping will find its way into an upcoming Ford Falcon FPV GT at some point.

The mighty unit will be backed up by a revised six-speed manual transmission to handle all the grunt, feed through to an equally tough Torsen LSD option rear-wheel system. Could this be the perfect drift/powerslide convertible for 2012?

Like the 2013 Ford Mustang Shelby GT500 coupe, the convertible will get all the trimmings typical of the Shelby brand, such as a special seats, various ‘snake’ logos and badges throughout, and the traditional racing stripe down the middle.

Stay tuned for coverage on this and plenty of other unveilings set for January 9 at the Detroit show.