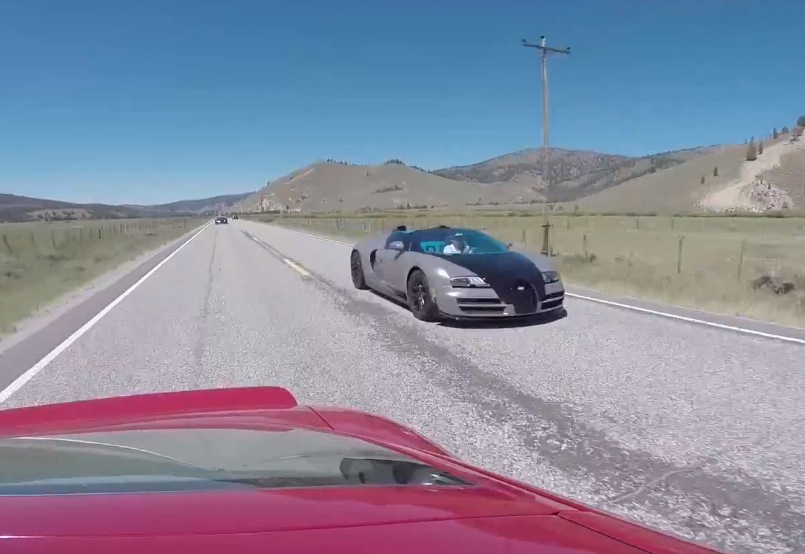 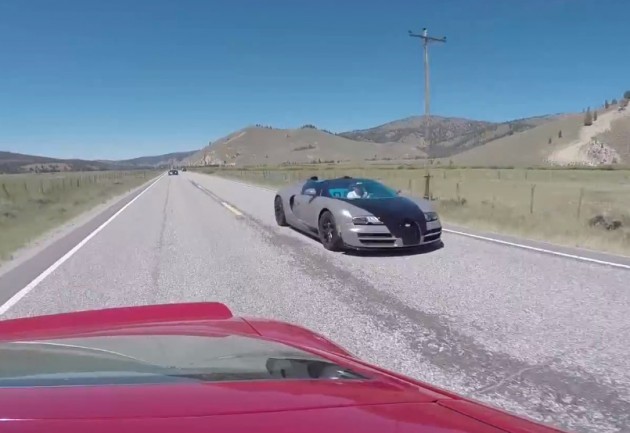 The Bugatti Veyron is the nameplate of the world’s fastest and most extravagant production vehicle. Power comes from an 8.0-litre W16 quad-turbo engine producing a minimum of 736kW, and up to 883kW in the form of the now sold-out Veyron Super Sport.

These six examples were taking part in the Sun Valley Road Rally, which runs a certain schedule for all participates. These guys were probably a bit behind and making up some time by the looks of it.

How fast do you think they were going? Take a look below.