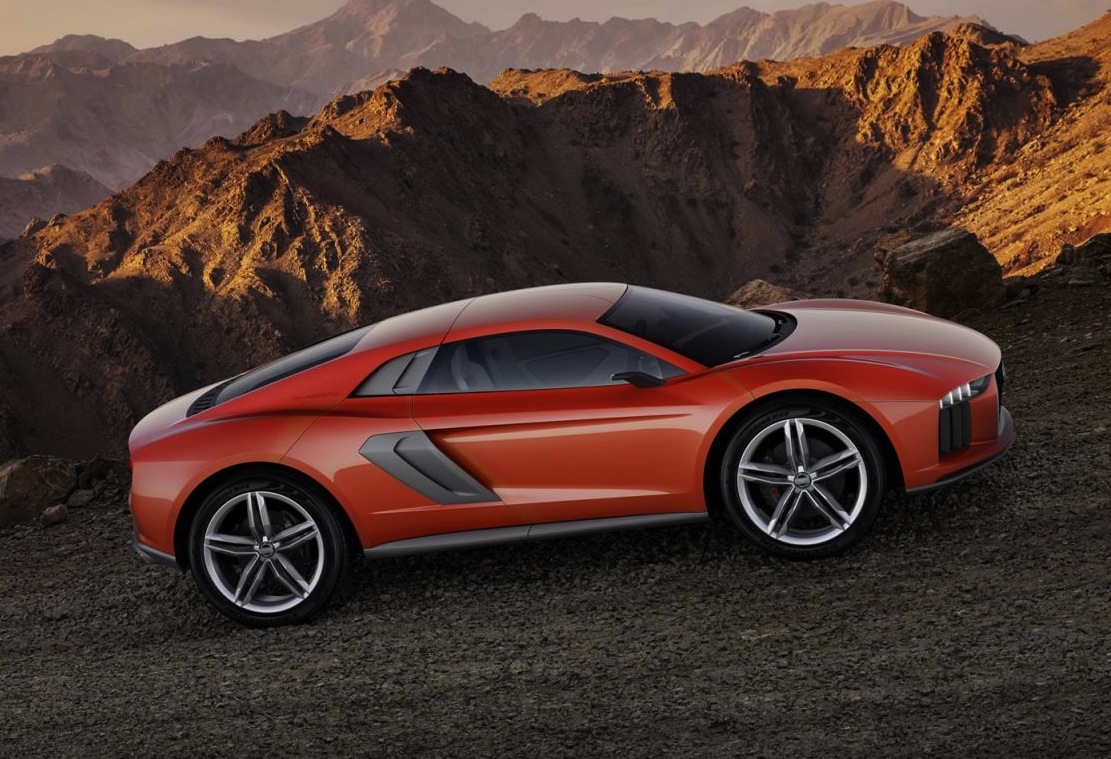 A rather strange concept car has been revealed by Audi called the Audi Nanuk quattro, which is a cross between a supercar and a light SUV/crossover. It features a powerful new V10 TDI engine. 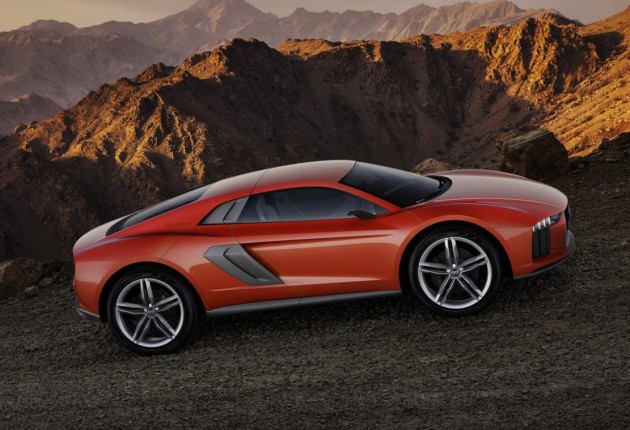 Audi says the Nanuk quattro concept blends in the dynamics of a high-performance sports car along with the versatility of a crossover. With integral steering and adjustable suspension, the concept has been created to offer maximum stability and agility on and off the road.

On the outside, the body is designed with the help of Italdesign Giugiaro, a firm that has been responsible for some pretty extraordinary Italian vehicles over the years. It’s made up of a low profile roofline, a long bonnet, prominent side intakes for the mid-mounted engine, and various silver highlights contrasted with orange paint. 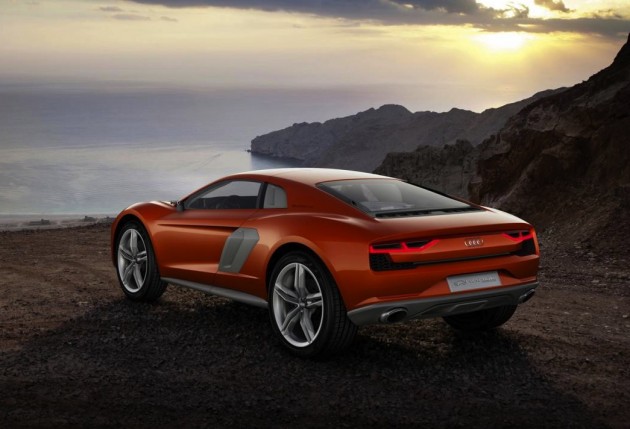 In the engine compartment sits an all-new 5.0-litre turbo-diesel V10 engine mounted longitudinally in front of the rear axle. It produces an almighty 400kW of power and 1000Nm of torque.

Maximum torque is available from just 1500rpm, which helps the all-wheel drive, 1900kg concept accelerate from 0-100km/h in just 3.8 seconds. Its top speed is 305km/h. Remarkably, despite the impressive performance, the average fuel consumption is rated at just 7.8L/100km.

Other highlights include massive 22-inch alloy wheels, adaptive air suspension capable of adjusting to varying conditions including increasing or reducing ground clearance, as well as integral steering which is able to dial in up to nine degrees of rear-wheel steering to effectively shorten the wheelbase by 100mm.

Although Audi has no plans to put this beast into production, it certainly stands out as inspiration to preview some future technologies and ideas. Lets hope the new V10 TDI makes its way into a production car soon.