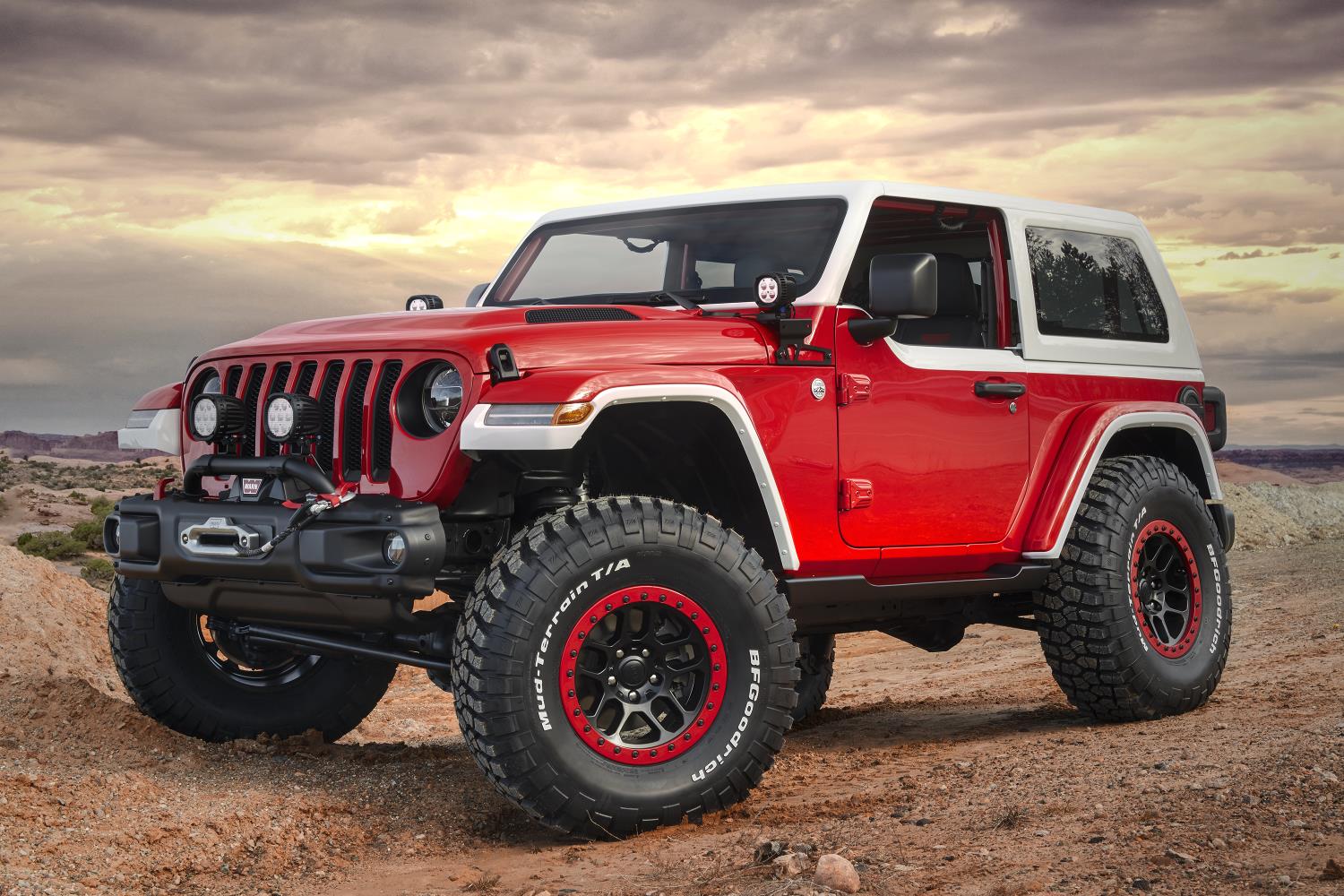 Remember the hardcore Jeep off-roader concepts previewed earlier this week? They have now been revealed. Seven of them, in fact. Most of the concepts go for a clear off-road theme, while also blending in some of Jeep’s classic heritage. Some of the parts showcased are available for customers to purchase through the Jeep Performance Parts division, via Mopar. 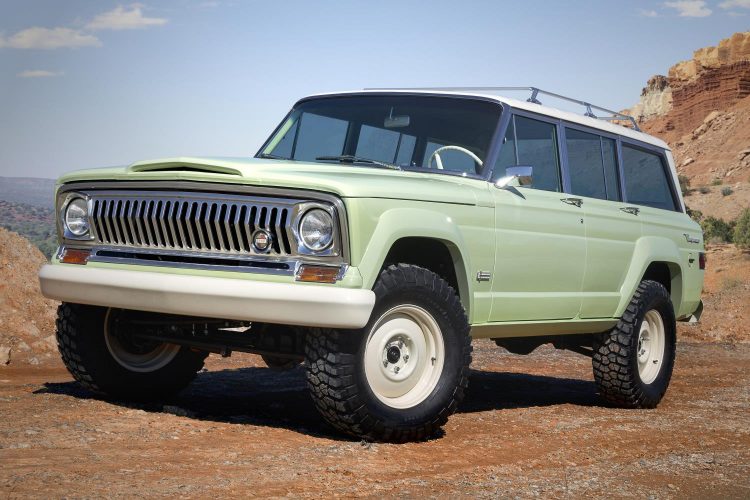 Kicking off with the Wagoneer Roadtrip concept, this takes the form of a classic Jeep. It uses a steel body that’s stretched an additional 127mm, with wider track and custom wheel arches. It’s a proper off-roader too, featuring Dana 44 front and rear axles with lockers, four-link suspension with coilovers, and 33-inch BF Goodrich Mud-Terrain tyres mounted on 17-inch steel wheels. Power comes from a 5.7-litre V8 connected to a four-speed auto. 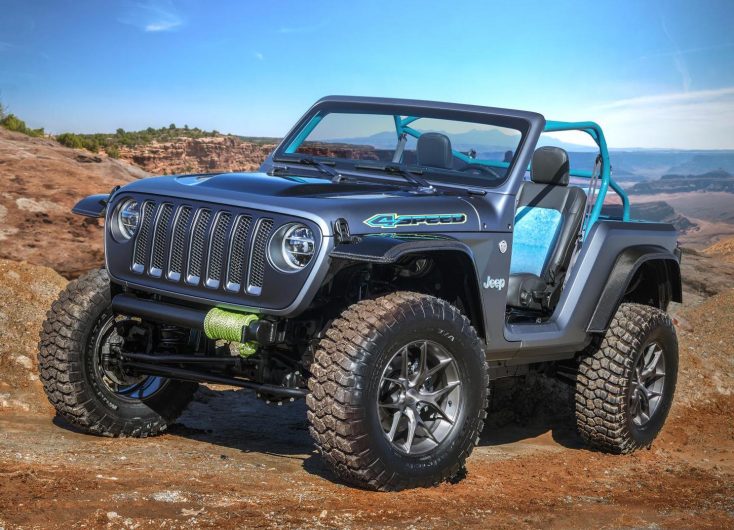 Next up, the Jeep 4SPEED. This is based on the latest Wrangler and showcases a distinct lightweight and nimble character. There’s a carbon fibre bonnet, carbon fibre wheel arches and rear tub, and perforated aluminium panels. The overall length has been reduced by 559mm for better off-road clearance, with 35-inch tyres mounted on 18-inch lightweight wheels. Power comes from the new 2.0-litre turbo four-cylinder engine, which, in standard form, produces 201kW. 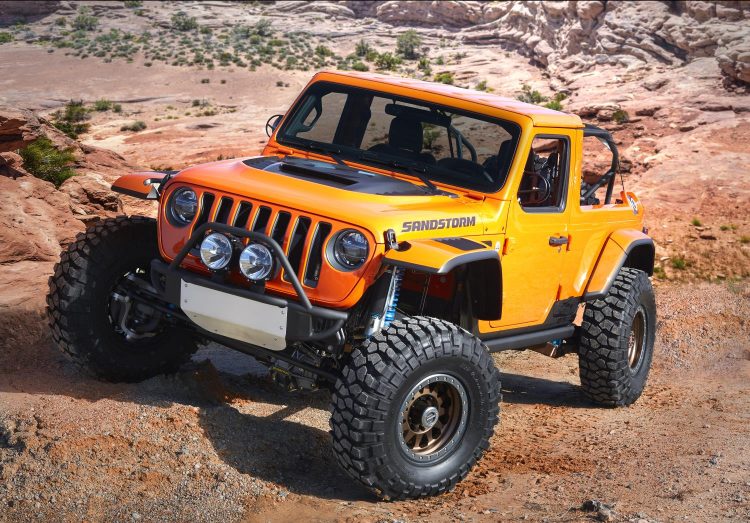 If Baja-style racing is more your thing, check out the Jeep Sandstorm. This is an off-road beast that uses Dynatrac 60 axles with a 5.68 gear ratio, while 39.5-inch BF Krawler tyres provide the grip. Power comes from the meaty 6.4-litre V8 from Mopar, matched to a six-speed manual. You’ve also got custom suspension, roll bars, and plenty of under-body protection with side rails. 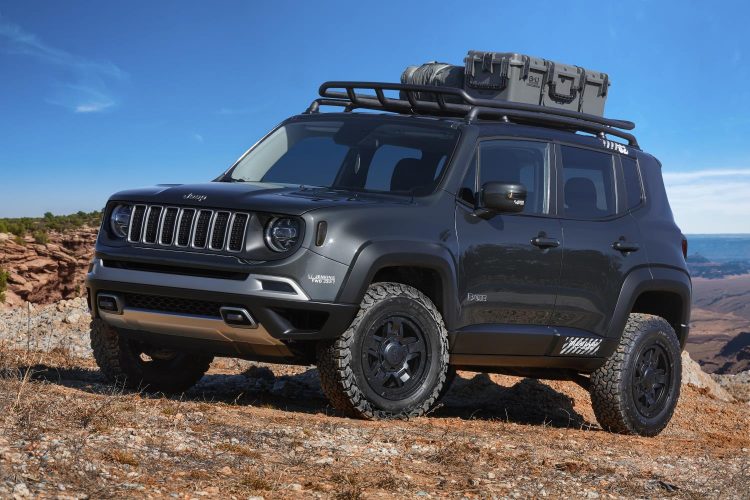 For the Renegade fans Jeep has created the Jeep B-Ute. It comes with a range of parts from the Performance Parts catalogue, such as a 1.5-inch lift kit, special roof rack and rails, and unique wheels with a 30mm offset. Power comes from the 2.4-litre Tigershark four-cylinder. 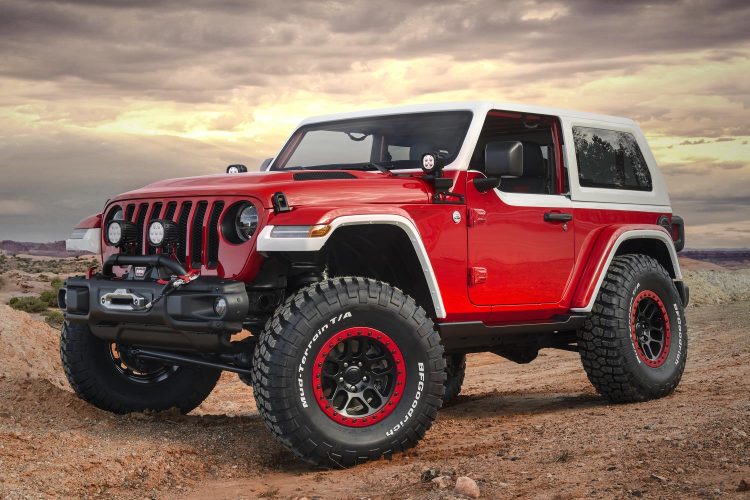 Harking back to classic Wranglers is the Jeepster concept. It’s based on the Wrangler Rubicon, painted in a two-tone colour scheme inspired by the 1966 Jeepster. Some of the parts showcased are available for purchase too, such as the cold-air intake and snorkel, LED off-road lights, 2.0-inch lift kit, and beadlock wheels. 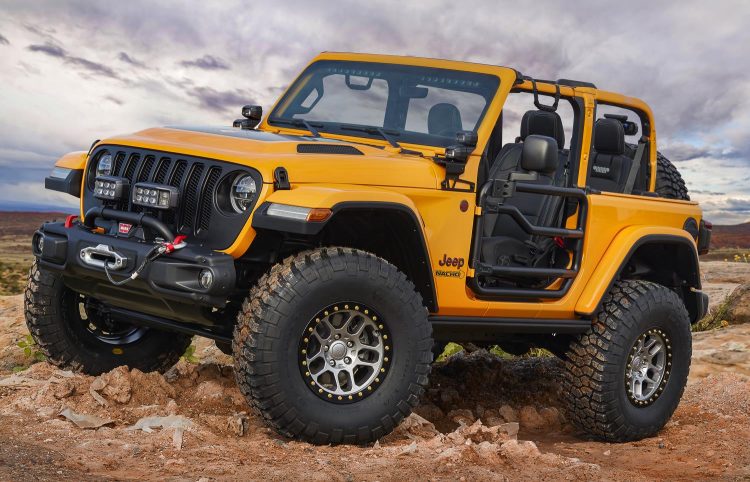 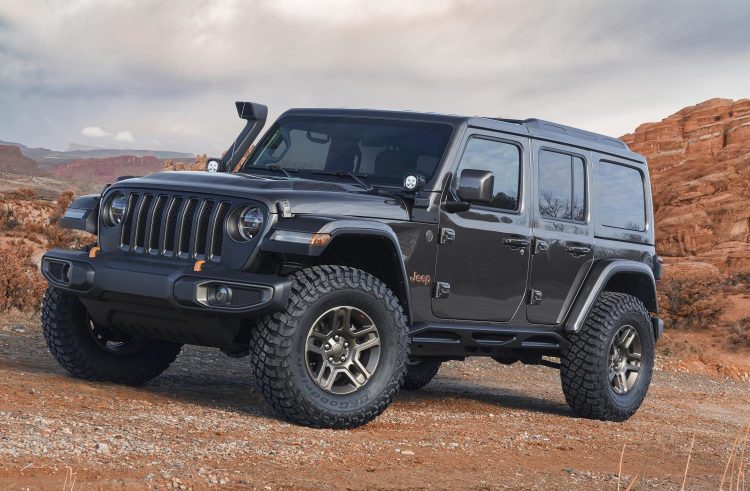 The concepts will be on display at the Easter Jeep Safari in Moab, Utah, running from March 24-April 1. It’s the 52nd annual event.