The McLaren GT has made its Australian debut in Sydney today, coming in as the company’s first grand tourer. It promises all the refinement and speed you’d expect from a modern GT car, with the performance a McLaren supercar. 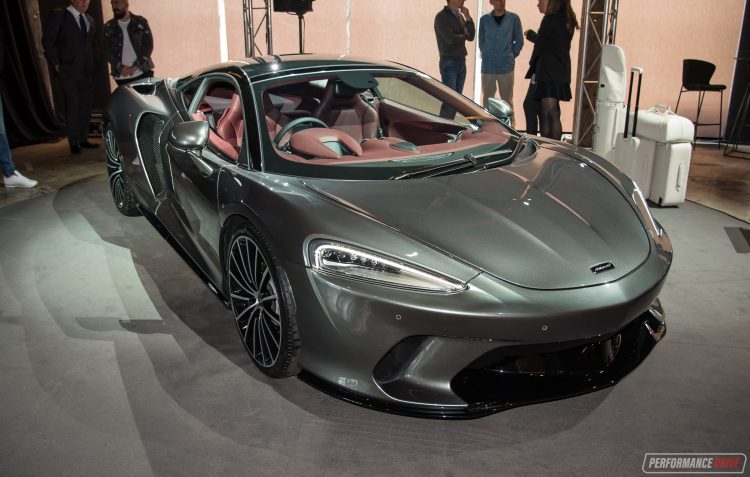 McLaren originally revealed the GT in May this year. But this is the first time it has touched down on Australian shores. A stunning grey example was shown to media during a private event, giving us a chance to see the new model up close, including to get an understanding of its practicality benefits over other McLaren models.

In the back, the engine has been lowered by 100mm to really open up the cargo volume. Popping the hatch lid exposes a generous 420L, which is more than some conventional and very popular hatchbacks. To demonstrate the cargo-carrying capacity, McLaren filled this example with two luggage cases and a golf bag, with room to spare. There’s also an additional 150L under the bonnet at the front. 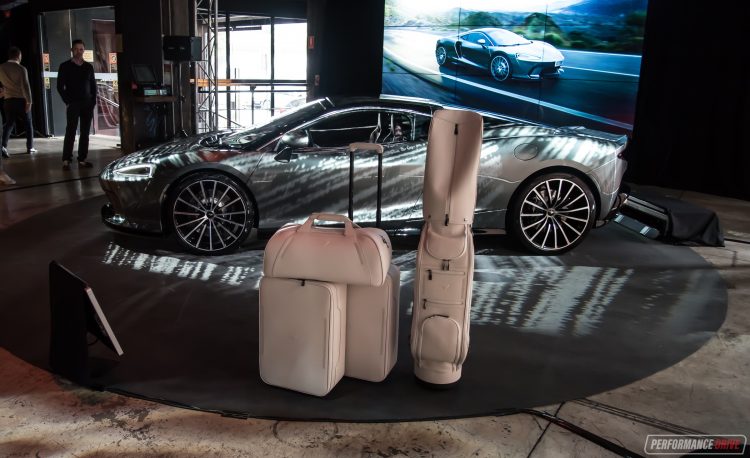 Okay, so it’s definitely got some everyday usability traits in that department. What else does it boast? Well, if you take a look at the front end you might notice there’s actually a fair amount of ground clearance. Well, for a supercar. The nose overhang is also short for a good approach angle, and in fact McLaren says the GT can take on some very serious speed bumps without trouble.

Being a product of McLaren, obviously performance is still paramount. And so under the boot floor is a 4.0-litre twin-turbo V8 that belts out 456kW and 630Nm. This is connected up to a seven-speed dual-clutch auto transmission with rear-wheel drive, providing a claimed 0-100km/h sprint time of just 3.2 seconds. Acceleration across 0-200km/h takes 9.0 seconds, and the top speed is 326km/h. 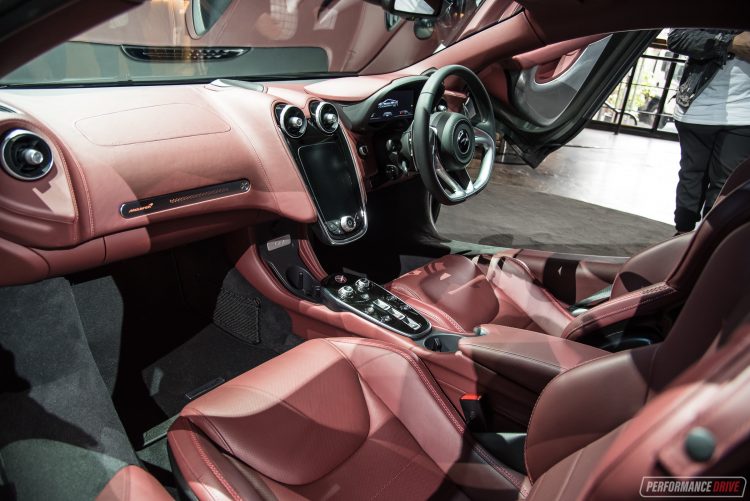 As you can see, this still is a very quick supercar by today’s standards. Various lightweight measures help to maintain performance levels that we’ve become accustomed to with McLaren vehicles. For example, the platform is predominately made of carbon fibre. Even the optional Bowers & Wilkins 12-speaker sound system features carbon fibre and Kevlar speakers, and some of switchgear is made from machined and knurled aluminium. Thick heavy carpets are replaced with special lightweight materials, too.

The McLaren GT is the fourth model under the company’s Track25 plan, which is part of a £1.2 billion investment into future products. Speaking about the car, George Biggs, managing director of McLaren Asia Pacific and China, said:

“The dynamic performance of this vehicle utilises the next generation of our pioneering Optimal Control Theory to deliver levels of ride comfort. It has been designed for drivers with a sense of adventure, who are seeking both performance and continent-crossing capability. The McLaren GT is the perfect companion for the great Australian road trip and we’re confident our customers will agree.”

Interested? Customers can place an order for the GT now, with prices starting from $399,995 (excluding on-road costs). As we saw a couple of weeks ago, buyers can customise the GT in a number of ways via the MSO department. 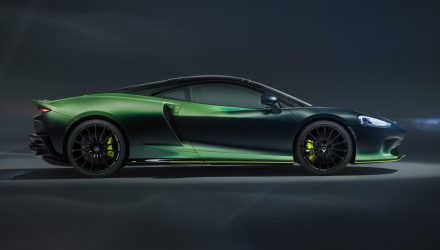