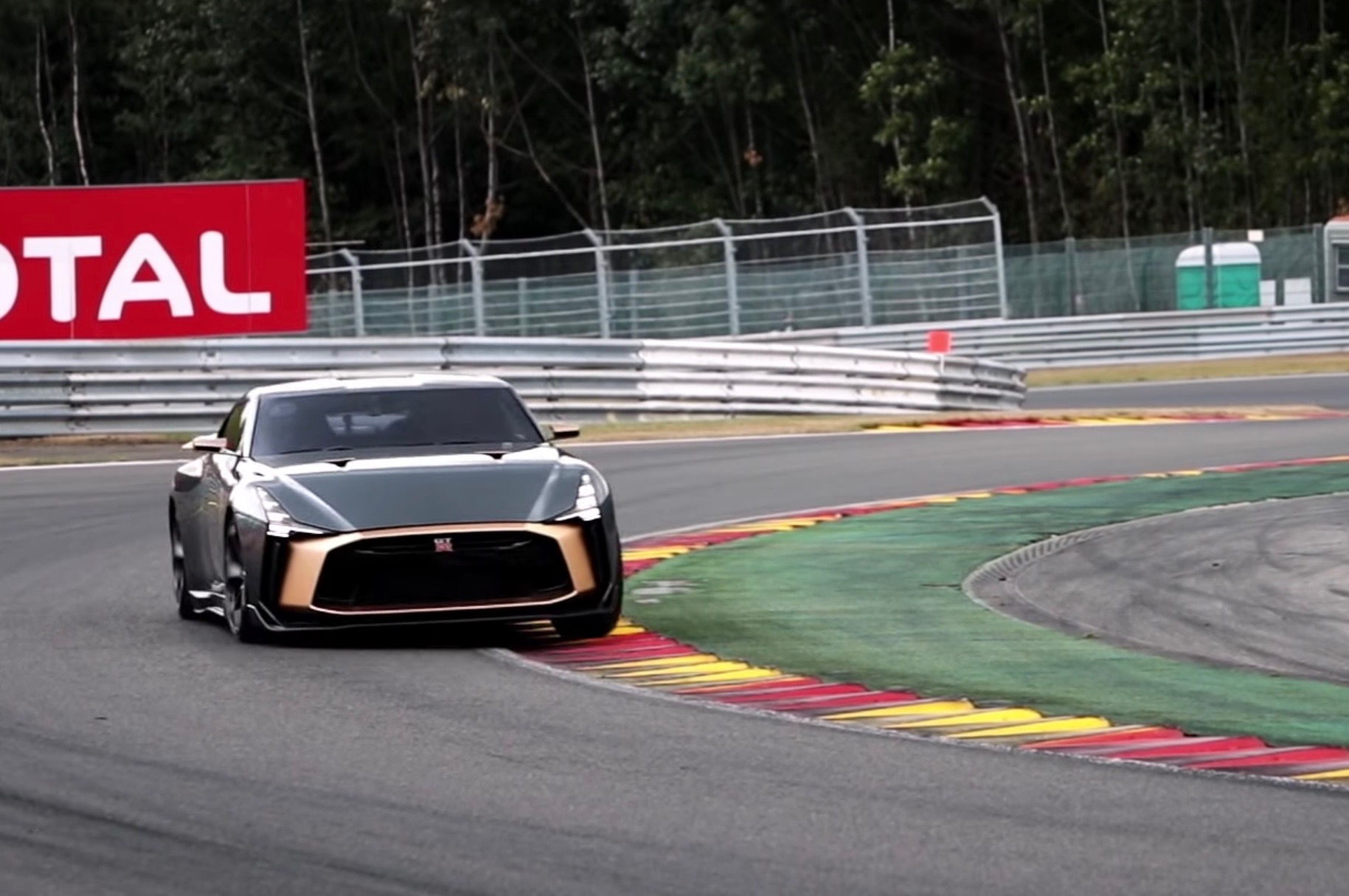 A new video has emerged of one of the most desirable cars currently in existence lapping the iconic Spa-Francorchamps GP circuit: the one-off GT-R50. 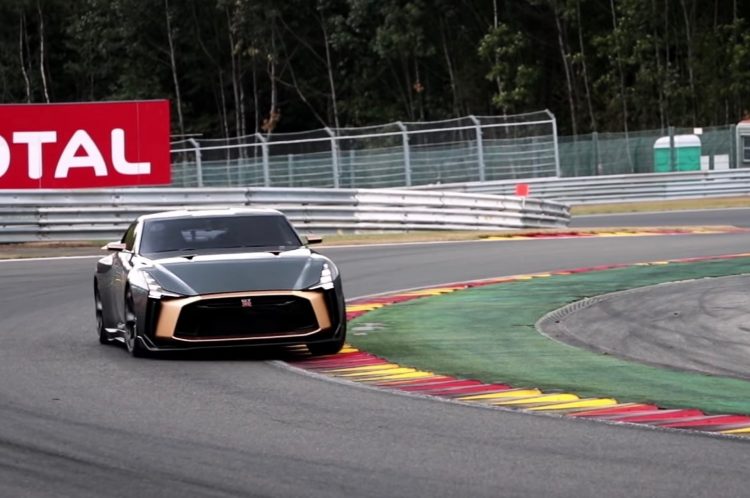 The GT-R50 was first unveiled earlier this year, and is the result of a collaboration between Nissan and Italian design firm Italdesign. Both the GT-R nameplate and Italdesign are next year celebrating their 50th birthdays, so the co-development of the GT-R50 marks a celebration of a landmark moment for both companies.

The GT-R50 is billed as a “GT-R without limits”, and the engine modifications very much live up to the marketing. The GT-R50 began life as a 2018 Nissan GT-R Nismo, and received a fine-tuning from engineers who have bumped the output up to a staggering 530kW/780Nm from the 3.8-litre twin-turbo V6.

There’s GT3-spec turbochargers, larger intercoolers, heavy-duty pistons and conrods, as well as high-flow oil jets, altered camshaft profiles, stronger differentials and driveshafts, higher-flowing injectors and both new intakes and exhaust systems. There hasn’t been any confirmation of the 0-100km/h time, but considering a standard 419kW GT-R hits the 100km/h mark in 2.7 seconds, we’d hazard a guess at around the 2.5-second mark.

Aside from the impressive array of mechanical upgrades, there is, of course, the unique take on styling from one of Italy’s most prestigious design firms, Italdesign. Italdesign and Nissan may team up for a small production run of the GT-R50. A statement from Nissan said:

“Pending the GT-R50 by Italdesign’s reception at Goodwood and other global appearances in the coming months, a customer version inspired by the prototype may be created. No more than 50 units would be produced by Italdesign – with each car tailored for each customer – with a price estimated at around €900,000.”

€900,000 at the current exchange rate would translate to a price tag of $1.4 million here in Australia, not factoring in expenses like on-road costs.

While the future of the GT-R50 by Italdesign remains uncertain, at the very least we can sit back and marvel at the one-off lapping Spa-Francorchamps in style in the video below. We’ll also be looking closely in a few weeks time when it will hit the track at Laguna Seca for the Rolex Moterey Motorsports Reunion on August 23.